Showing posts from November, 2022
Show All

November 24, 2022
On Tuesday evening, at 20.05hrs, I was taking out the rubbish, when I heard a call from south-west of the house. I froze, knowing what it was at once, but scarcely believing it. I had listened to this call on Xeno-Canto many times, getting ready for such a moment but not really considering it something that I would hear over the back garden. After 15 seconds the call came again from the blackness, now directly over head. Yes, there was no mistaking it! Another 20 seconds it called a third time - now further away to the north-east... "Kwowww" A lazy drawl, part bark, part yelp. A Bittern. Nocturnal flight-call. I went back inside and played the call on Xeno Canto just to make sure that I had remembered everything correctly. I had. Bloody hell, a Bittern over suburban Banstead! And only a week after an Arctic Skua had blessed me just a mile or so away. Sometimes the birding Gods do smile on you. To some birders these two species are just small fry, mere starters to the main cou
Post a Comment
Read more 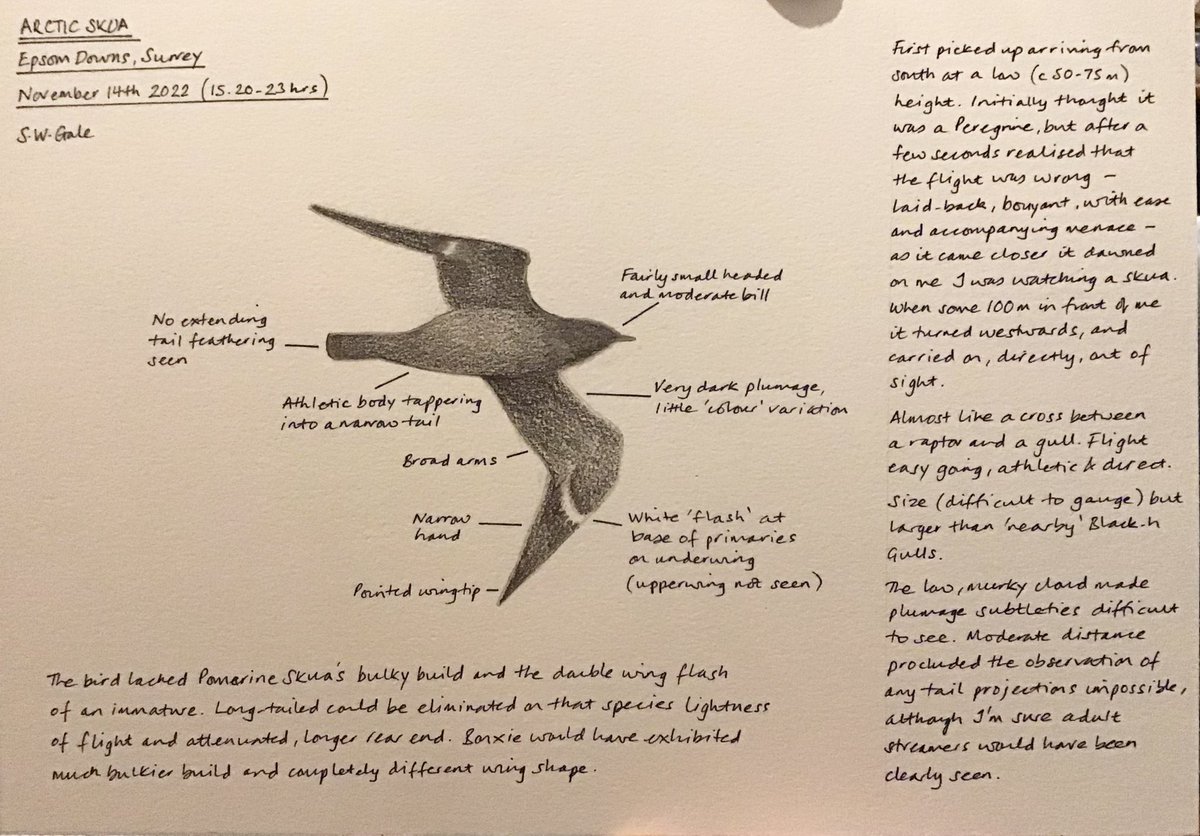 Mid-November saw me finally accept that this mid-to-late autumn had not been a classic. True, I had not ventured far from home, adhering to an almost perverse sense of 'keeping local', but previous years had seen decent visible migration sessions overhead and I saw no reason for that to not be repeated - but, by and large, it didn't. I had just the two days of thrush movement, much smaller than hoped for, and virtually no finches. A number of guaranteed roost sites had also failed to materialise. Ho-hum! But just to prove that it isn't over until 'the  fat  slightly larger than normal lady sings', when scanning the skies from an elevated part of Epsom Downs, this happened... I was hyped up enough about the sighting afterwards to get stuck into some old-school field notes. I'm no fine artist, certainly not when it comes to natural history, but we can all attempt to convey a bit of the magic that birding brings, regardless of whether or not we are classified a
Post a Comment
Read more
More posts