Showing posts from December, 2012
Show All

One thing to piss me off before I die

December 30, 2012
I found myself wandering around Kingston-upon-Thames town centre yesterday afternoon. Along with a tide of humanity that seemed hell-bent on spending even more money on such necessary requirements such as DVD boxed-sets, CDs, books and shiny electrical appliances. Recession? Not here, pal... I was there under duress, not in the best of moods, but to salve my increasingly furrowed brow I walked into Waterstone's the 'book' shop. Oh dear. I was met by a display of book titles, all themed "One thousand things to do/see/hear before you die". I picked up the tome dedicated to telling us what music we need to consume before we are carted off to where ever we are destined to end up - I think I know a bit about music - and was singularly unimpressed with most of the choices. I scowled at the other books, suggesting what printed word we need to read, what places we need to visit and I remembered that there are at least two natural history books based around this same,
5 comments
Read more

An Englishman in Florida

December 29, 2012
The latest worthy blog added to my list (see right) comes from Andy Wraithmell (Limeybirder), an ex-pat who now lives in Florida. I met him a few years ago when he was assistant warden at Dungeness Bird Observatory, and if memory serves me correctly he found a few goodies in that time. It will be interesting to read a Brits-eye-view on Stateside birding, plus marvel at how he will now bust a gut to see those European waifs that have become, to him, rarities. Not long ago he wouldn't have got out of bed for them...
Post a Comment
Read more 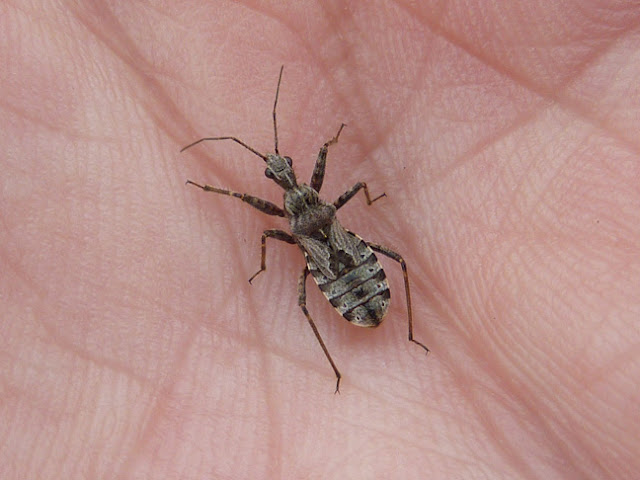 Boxing day. Full of comfort food and alcohol. Triumphant from success at family Yahtzee. Listening to one of my Christmas present CD's (B52s 'Wild Planet' - a bit of retro vinyl replacement) I took the 'Insects of the New Forest' from the book shelves and started to browse... and there it was. I took the photograph above at Dungeness in July this year and hadn't got around to identifying it. It resides in a folder of 'mystery species' that I maintain and that I periodically try to solve. That New Forest book has solved it. If I'm not mistaken it's a Heath Assasin-bug (Coranus subapterus). Another one for the pan-species list... That's the palm of my hand that the insect is residing upon. If you are a palmist and can tell me my fortune from the photograph above then please let me know whether or not: I'll ever get to 4,000 species Be able to confidently identify mosses and lichens Take other birders seriously. I hope you enj
4 comments
Read more

Books of the Year 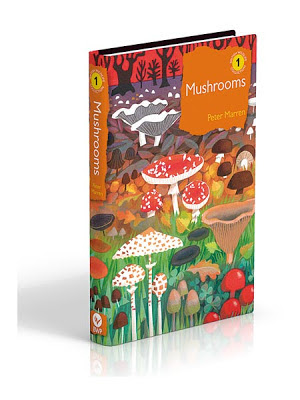 This little beauty found its way to me as a recent birthday present - Mushrooms by Peter Marren . The author is one of my favourite wildlife writers, as he possesses a deft touch with words which marries authority, accessibility and humour to the effect that his copy is an intelligent and entertaining read. What is even more exciting about this particular book is that it is the first of a series to be published by British Wildlife Publishing , the same people that have given us so many cracking field guides recently (particularly the micro moths guide back in the summer). This new series will hopefully be a more colourful (in more than one sense) version of the long established New Naturalists series. I've yet to read it, but flicking through it has already won me over. This book has made it onto my 2012 'Favourite Natural History Books' list. The others are: Moths of Great Britain and Ireland by Sean Clancy Do we need another moth book? Well, I find myself consta
4 comments
Read more

The Class of 2012 plus more worthy blogs

December 16, 2012
I finally caught up with some of the 'Waxwing Class of 2012' yesterday morning. Up to 34 birds were taking advantage of a 'champagne-pink' berried rowan in Ewell. I bowled up, found them sat at the top of a conifer, took up my position perched on a low wall and then had close encounters as they came down to the rowan tree to feed. A Carrion Crow spooked them off and I was flushed away by twitching curtains in a nearby house - I hate birding in residential streets. Lee Dingain's blog has been added to my list of 'worthies'. He only lives about three miles from me but I don't know if we've ever crossed telescopes before - ridiculous really, seeing that we share so much common interest. Where as I'm becoming more sedentary, Lee seems to spend as much time in South America as in North Surrey, so vicarious thrills for us all! It also came to my attention that I hadn't put  Benny 'Boy' Mothman's blog on my list even though I regular
2 comments
Read more 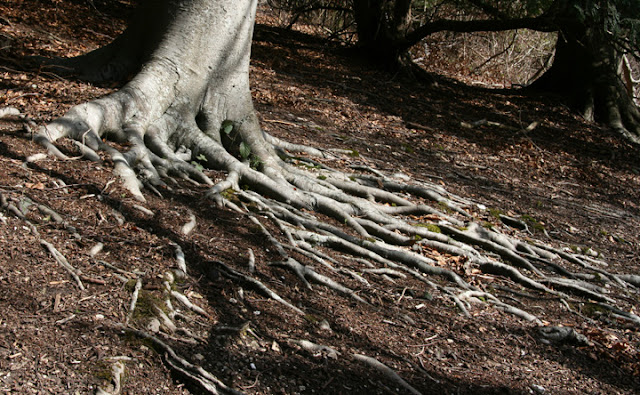 I said that I wouldn't post again until next year, so, true to my word, here I am posting again in 2012. I've added a couple of additional blogs to my 'worthy' list. The first is Marcus Lawson's bird and moth blog from Poole in Dorset. He's just moved there from Kent, where he was a terribly keen and active birder, so Dorset had better watch out. It will make a change if someone regularly finds something special away from Portland. Second is a blog based on Morgan's Hill in Wiltshire. I have a soft spot for these chalk downs having spent quite a few happy hours on nearby Pewsey Downs in the company of Burnt Orchids, Adonis Blues and flocks of declining farmland birds. I'll be intrigued to read what occurs on Morgan's Hill next year. I'm on the look out for some other blogs to add to the 'worthy' list that will add a bit of spice to my surfing which does not necessitate the clearing of my web history... Most of my recent posts h
4 comments
Read more

The Decorators have been in

December 08, 2012
Ahead of time, this modest blog has received its 2013 make-over. I aim to watch on a more local level next year, hopefully discovering a few natural history gems along the way. If I were to create a wish-list it would be a simple one, based on the hope of experiencing a sound enjoyment of the 12-months ahead. That should be enough for any of us and something that I increasingly do not take for granted. Hopefully I will see you in January.
7 comments
Read more

Thoughts for the day

December 07, 2012
When I look back on 2012, one thing dominates, and that was the summer month that I spent at Dungeness. It was a pleasure and privilege to be able to walk away from my work and live the life of a 'birding bum'. Having said that, I spent most of the time looking at plants and moths. To be a free spirit and wander across the shingle was, in a way, an exercise in time travel, as it recaptured the summers of the late 1970s when I did exactly the same. Age has given me an appreciation of other natural history orders and an understanding that to be able to act in such a carefree way is something that should not be taken for granted. Once I was back in the office the break took on a golden glow... Blogging, tweeting, texting - they are all useful technological tools. I have found myself a slave to them all but at the same time bored by them. Too many banal messages (I'm as guillty as anyone else), repetitive images (Waxwings, Waxwings, Waxwings) and unfunny in-jokes have driven
2 comments
Read more
More posts