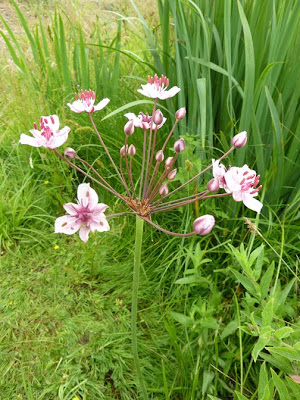 At the end of last year, I set myself a target of photographing 500 species of plant by the end of 2010. Some time during July I managed to reach that total and am now well on the way to 550 species that have posed for me. They sit neatly in folders on my computer and are backed-up on a removable hard disk and various DVD's. I'm ridiculously proud of my humble collection. Each image tells a story. Some of the plants gave themselves up without much of a battle to get that defining image. Others still refuse to give themselves up. Every attempt to photograph Hairy Bittercress, (absurdly common), has ended in failure.

Why do I do it? Well, partly because flowers are beautifully complex structures that can be visually breathtaking and therefore are worthy of a second look at leisure, particularly in the middle of winter when there isn't much on offer botanically. Also it's good to have a reference for the future. I don't pick plants and therefore I do not maintain a herbarium. Also it's cheaper than collecting works of art, stamps, military medals or racing cars. Come to think of it, I stand no chance of becoming a middle-aged lothario unless I did take up the latter option. I cannot see myself pulling by taking a woman upstairs on the promise of showing her my series of Downy Willows from Ben Lawers. The picture is of Flowering Rush, one of my favourites species. The picture doesn't do it justice. If you get the chance to seek out this species you will not be disappointed.
at October 04, 2010

Totally agree - flowering rush is a stunning plant. It doesn't occur naturally up here in Durham but it's planted around the edge of one of Durham University's ponds and looked absolutedly wonderful this year. Deadly sharp-edged leaves though.....

Thanks for the warning Phil as I've yet to suffer Flowering Rush leaf cut!

You could always offer to show them your Blue Dick (Dichelostemma pulchellum).