A most agreeable afternoon 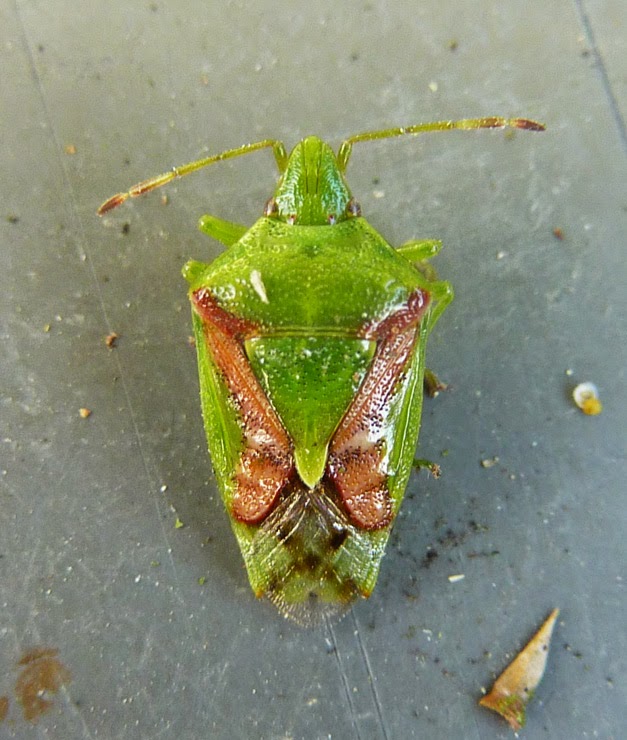 I can thank two fellow naturalists for inspiring me to get out this afternoon, for both tweeted or blogged about their own successes which, in turn, led to my own. Firstly, Graeme Lyons posted about his exploits whilst beating some Juniper in Sussex which had provided him with Juniper Shieldbug. I have a good population of this tree at nearby Walton Downs, so I took myself off this afternoon with a tray and beating stick - and within ten minutes had seen at least half a dozen (above). What a smart insect. That marking on the corium reminds me of a carved antique chair arm.

Shortly after this success I was watching two Red Kites lazily circling over the valley between here and Headley Village, but they were just the ornithological starters... local birder Ian Jones had found a Barn Owl on Epsom Downs that he had seen hunting in the same spot on two consecutive evenings. Would it put on a show for a third? Thankfully it did, and I was treated to close views as it quartered along a grassy bank alongside the section of racecourse where they start the world-famous Derby. It even perched in the open for me. Did I take my bridge camera? The lack of an image answers that question. Red Kite and Barn Owl are the 73rd and 74th species for my 2015 patch challenge, (74% of target). 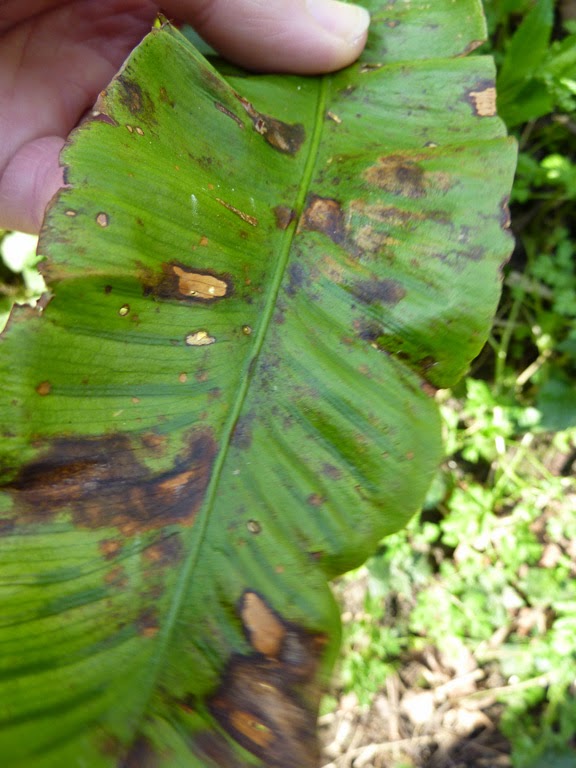 I'm hoping that there's a leaf mining expert out there. This poor image is of a Hart's-tongue leaf with mines that I am tentatively suggesting might be made by a moth - either Psychoides verhuella or Psychoides filicivora. Both have been recorded in Surrey.
at March 10, 2015

For the Psychoides verhuella/filicivora you need to look on the underside. If the larva is there then there will be a concentrated clump of spores. Take the leaf (as well as a few more samples) home and place them in a jar with netting on top. Hopefully, soon the moth will emerge and you can take it from there.

Thanks Andrew. Hopefully will see you at Portland in June?

Yes, I shall be at Portland. I presume we will finally meet there?

First pint is on me!

Use a pin and flip the feeding case onto its back. The underside is open and you'll be able to see the larva within. All I do is check the colour of the head capsule (in filicivora it is pale brown, in verhuella it is darker brown). Tony Davis told me he checks the rear end, I haven't put this into practice yet but he seemed confident it was an easy way to distinguish the two. The larva will reattach to the frond after being disturbed so no harm done and a record secured!

Where were you when I needed you Seth? Oh yes, NZ...

Forgot to say - once the moth has pupated, emerged and flown the case remains intact. Most I check are vacant, so if you did want to rear through I'd be inclined to check for occupants first or it may be a long ol' wait! :) They're dead common in your area Steve, gently lift the fronds and there's a good chance of seeing an adult resting on the underside. Probably not in mid-March though...

And, if you two old duffers are still standing, the third pint's on me. Very much looking forward to it! :)

Forgive the interruption, bit what's happening at Portland in June? Will be just down the road from my new abode...

Hi Gavin, the Pan Species gang are having a long weekend at the observatory (June 12-14). I saw that you were moving, but just assumed that you were staying local. Where are you moving to? It would be great to meet up when I'm down.

Hi Steve, we're moving to Bridport, which is a whole lot closer to Portland than Seaton. Mind you, I wouldn't want to gatecrash your do...I'll get in touch via email closer to June.