Moschatel (Adoxa moscahatellina) is an early spring flower of woodlands and copses, which will also grow happily alongside older hedgerows. It has an alternative name of Town Hall Clock, on account of the flower head resembling multi-faceted clock faces (bottom picture for detail, together with a great dollop of imagination). As you come across a patch there is a resemblance of the flower heads to those of Salad Burnet, small green pom-poms rising from the leafy ground. These particular flowers were found this morning along an isolated hedgerow at Canons Farm, not far from a few spikes of Toothwort. No doubt the hedgerow was once part of a wood. 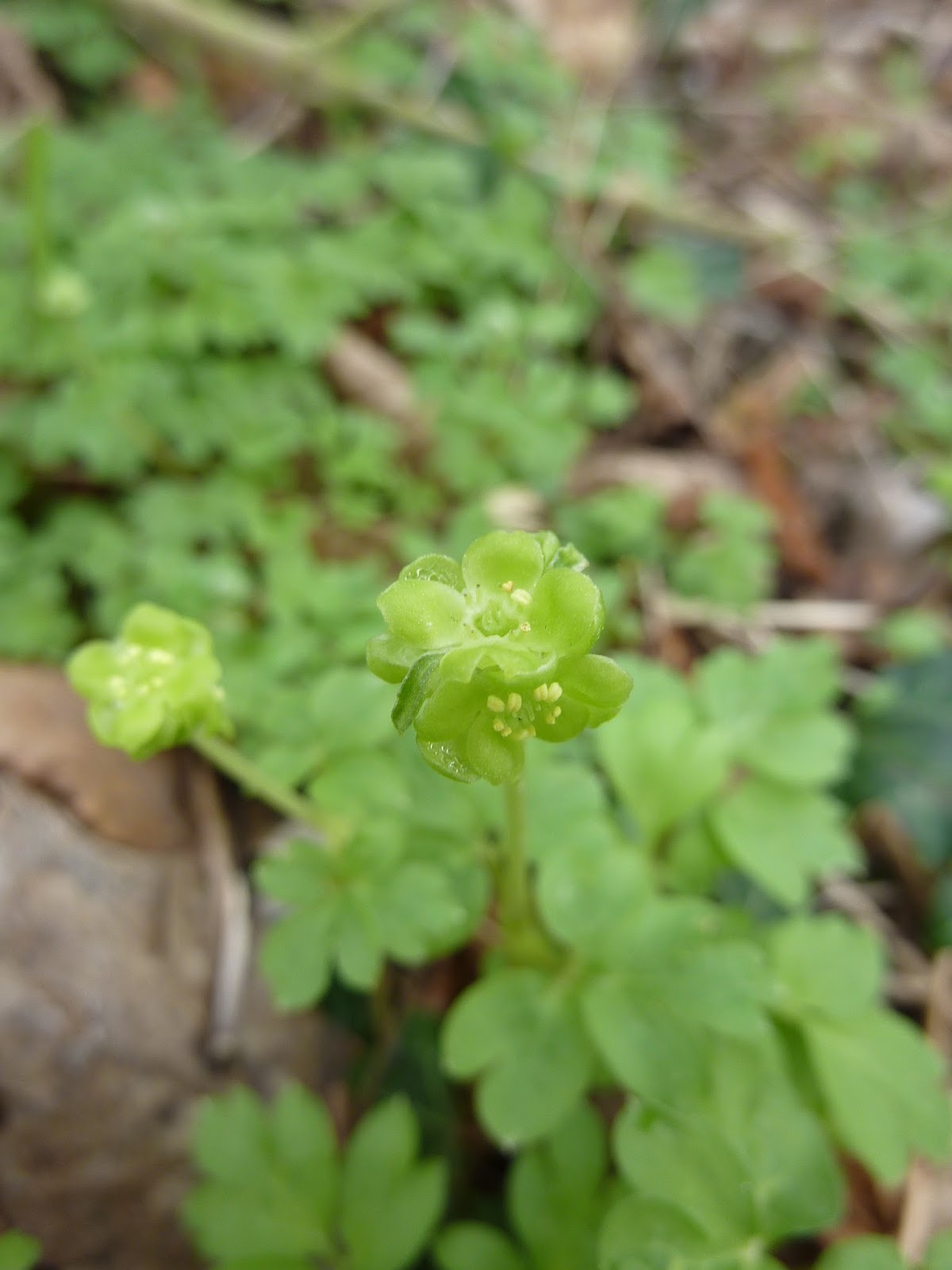 My quest for migrants at the farm was largely unsuccessful - no Wheatear, no hirundine, but did include a lone Ring Ouzel that majestically made its way across Broad Field and continued southwards over the L&G building. A group of three Red Kites at 07.00hrs suggested that they had roosted nearby. It was all a bit breezy, still cool and didn't feel as if the migration dam had yet burst.
Canons Farm Moschatel Ring Ouzel Town Hall Clock