June 27, 2019
At the southern end of Elounda, a thin spit of land runs away east for several hundred metres before joining the Spinalonga peninsula, also known as Kalydon. In essence it is a series of hills that run north for maybe 4km and are, at their widest, 1km. Steep slopes run down to a rocky beach. There are a series of footpaths than criss-cross this area, but apart from those that service the beaches they are seldom walked. Brother-in-law Bill and myself spent several hours exploring the higher ground and were taken with what we found - a series of abandoned dwellings, linked together by miles (or, if you prefer, kilometres) of dry stone walls that, in turn, defined small parcels of land. There must have been hundreds of people that once settled here, tending olive groves, simple crops, sheep and goats. Larger, circular clearings suggested communal areas. Water conduits, wells and pumps also hinted at more recent habitation. There was so much infrastructure spread along the hill tops we concluded that there must have been centuries worth of human activity set out in front of us.

Until the mid 15th century the region was largely abandoned due to Arabic pirate activity, but by then, when the Venetians constructed salt-pans and fortifications, people had returned. Speaking to a local woman we learnt that it was but two generations ago that these hill-top communities were abandoned. They were lived in only during the 'summer' months, when people from Elounda made the short journey and tended to the animals and crops. No doubt modern living had finally rendered such activity as not being worth the time and effort. But what is left behind is a museum in which you can walk the same paths and enter the very buildings that the Cretan farmers did over the past 600 years. You can feel them watching you from the doorways and hear the bells on the goats ringing in the scrub. It is evocative. Like trespassing on ghosts. 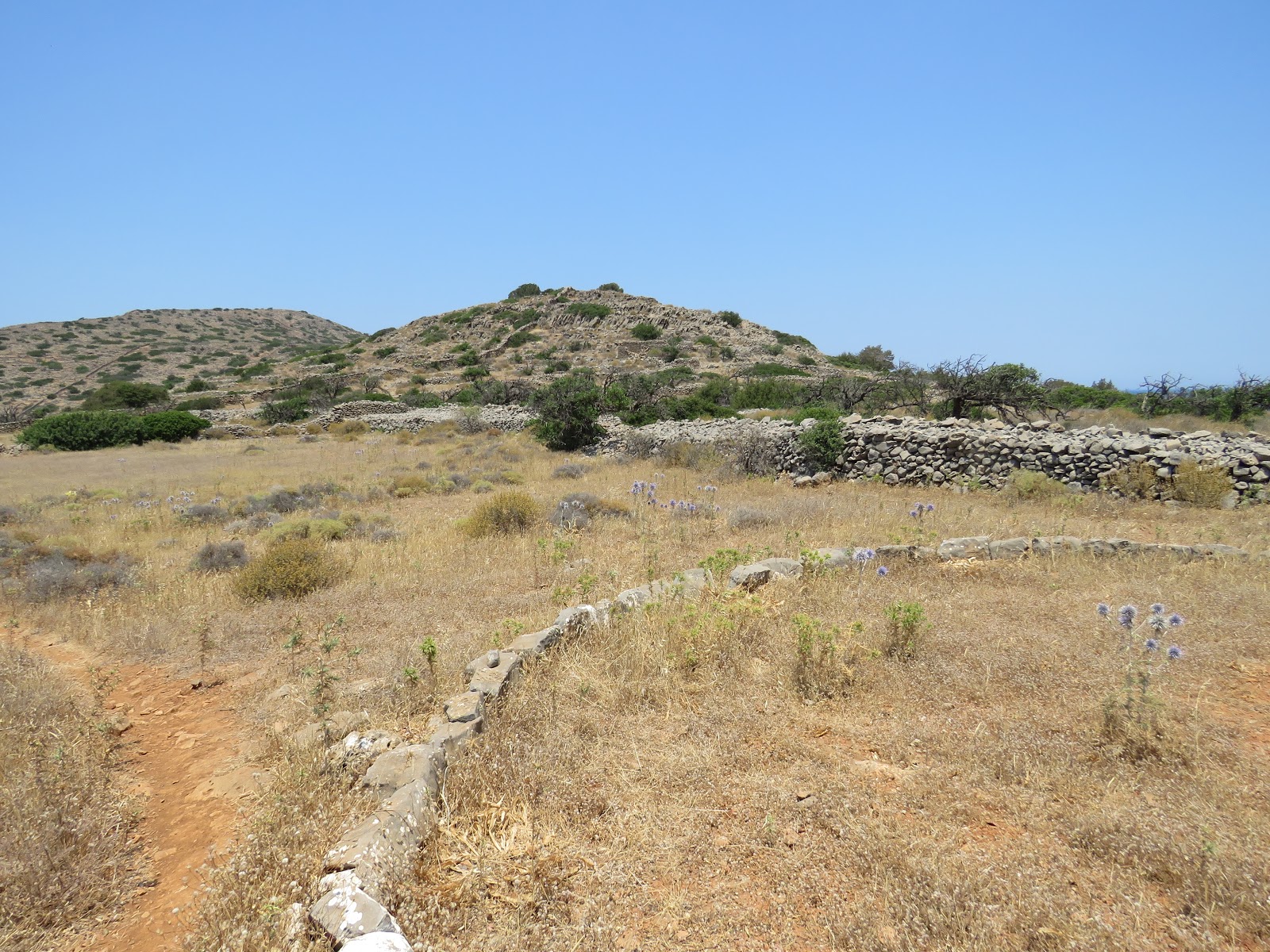 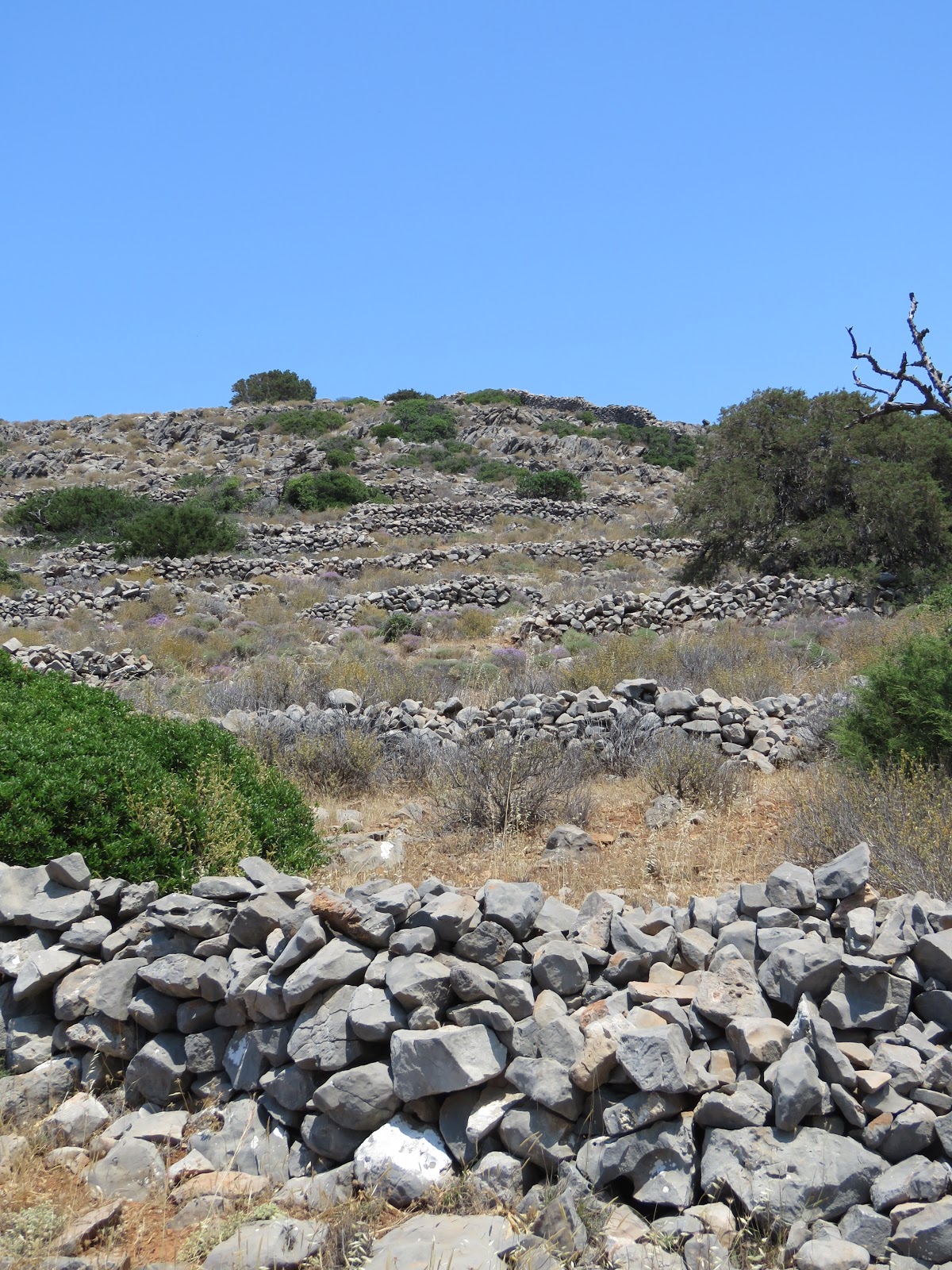 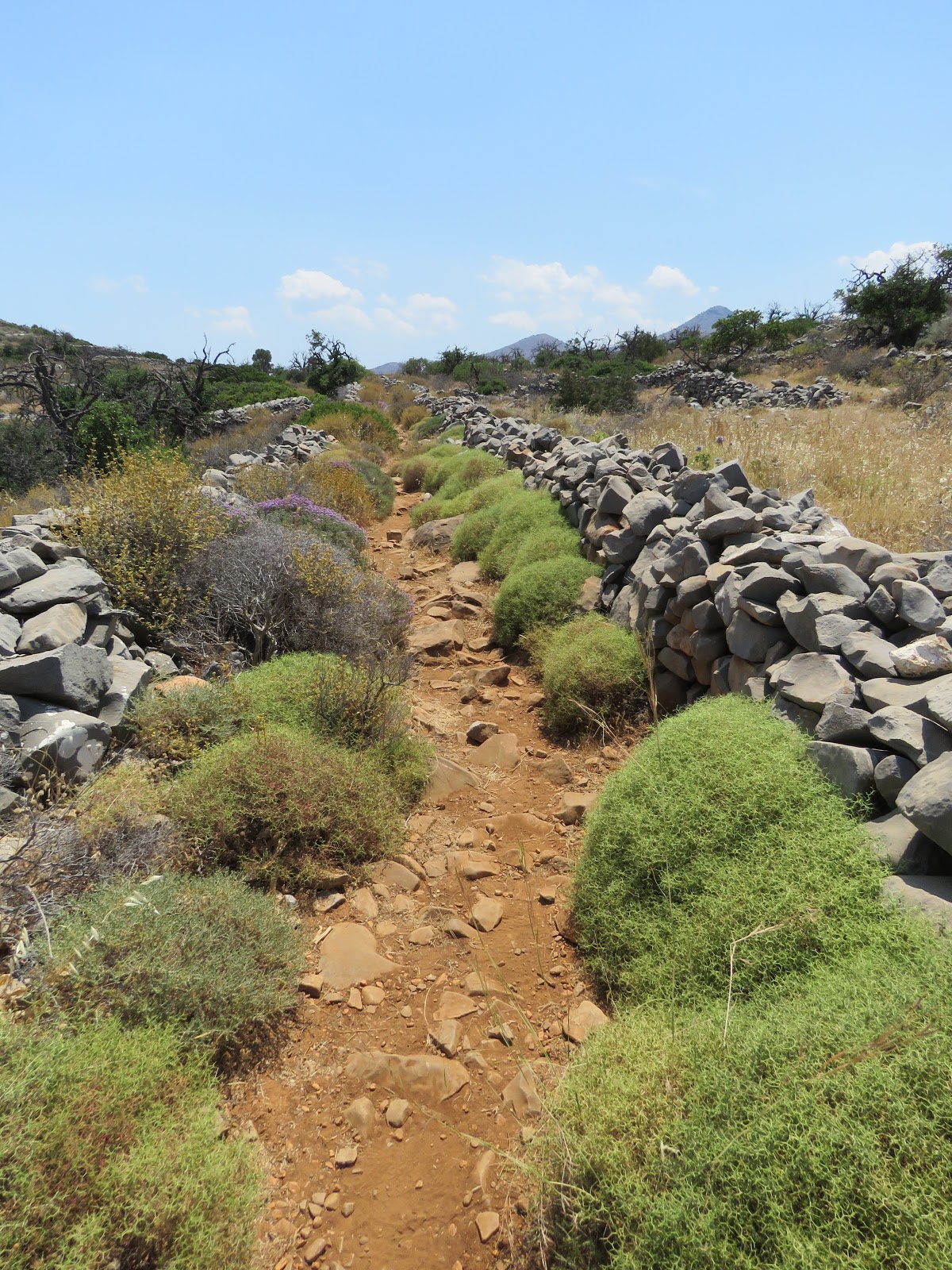 John said…
Steve, nice post! It didn't have anything to do with the closure of the leper colony on Spinalonga Island in the 1950s did it? Possible families lives there supporting those on the island. The whole history of Spinalonga and island seems very spooky! BTW, for when you are back, the Pyramidals are spectacular! John
27 June 2019 at 20:20

Steve Gale said…
Thank you John. The settlement(s) were totally independent of the leper colony, that was only in existence from the early 20th century anyway. We visited the island but was heaving with tourists. As for the Pyramidals - will visit next week!
27 June 2019 at 21:44