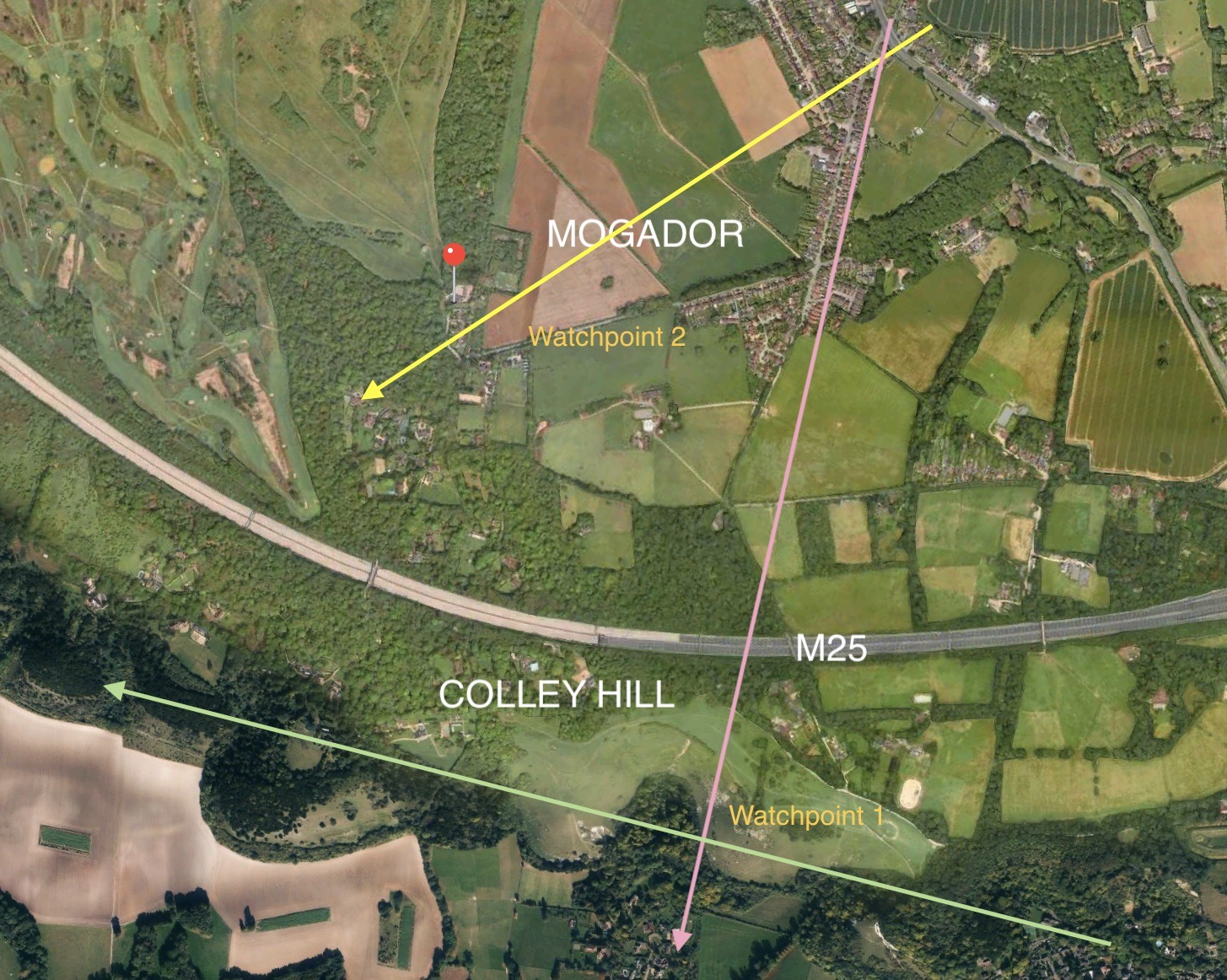 Colley Hill can be found on the North Downs just west of Reigate. It is quite a spectacular site, with a steep scarp slope that has, along its length, a couple of natural bowls. These are not accessible to most people, so the partially scrubby slopes remain largely undisturbed. I have a longstanding affection for the place, but my birding victories here have been quite meagre, even though my effort has been reasonable over the years - a Ring Ouzel here and a Common Redstart there is not quite reward enough! To the north (and just over the M25, that bisects the area like some poisoned serpent) you will find open farm and grassland close to the village of Mogador.

Both of these places have been lumped together as a single site for the purposes of recording any visible migration on Trektellen. This morning I took up position at 'Watchpoint 2' (map above) that has a good uninterrupted view northwards across the farmland. It was very misty to start with, but after an hour the visibility improved and so did the birds. A steady trickle of Chaffinches were heading south-west (yellow line on map), with larger numbers of Wood Pigeons south (pink line). There was a broader front of movement than an adherence to these specific lines. There were jewels to be mined amongst the modest supporting cast, with a Ring Ouzel (which left the cover of a hawthorn bush with four Song Thrushes and left westwards) and a calling Golden Plover (not seen as it went south-westwards in the gloom.) I decided to try out the scarp slope itself, taking up position just underneath the top of the hill, looking westwards along the downs (Watchpoint 1, pic below) 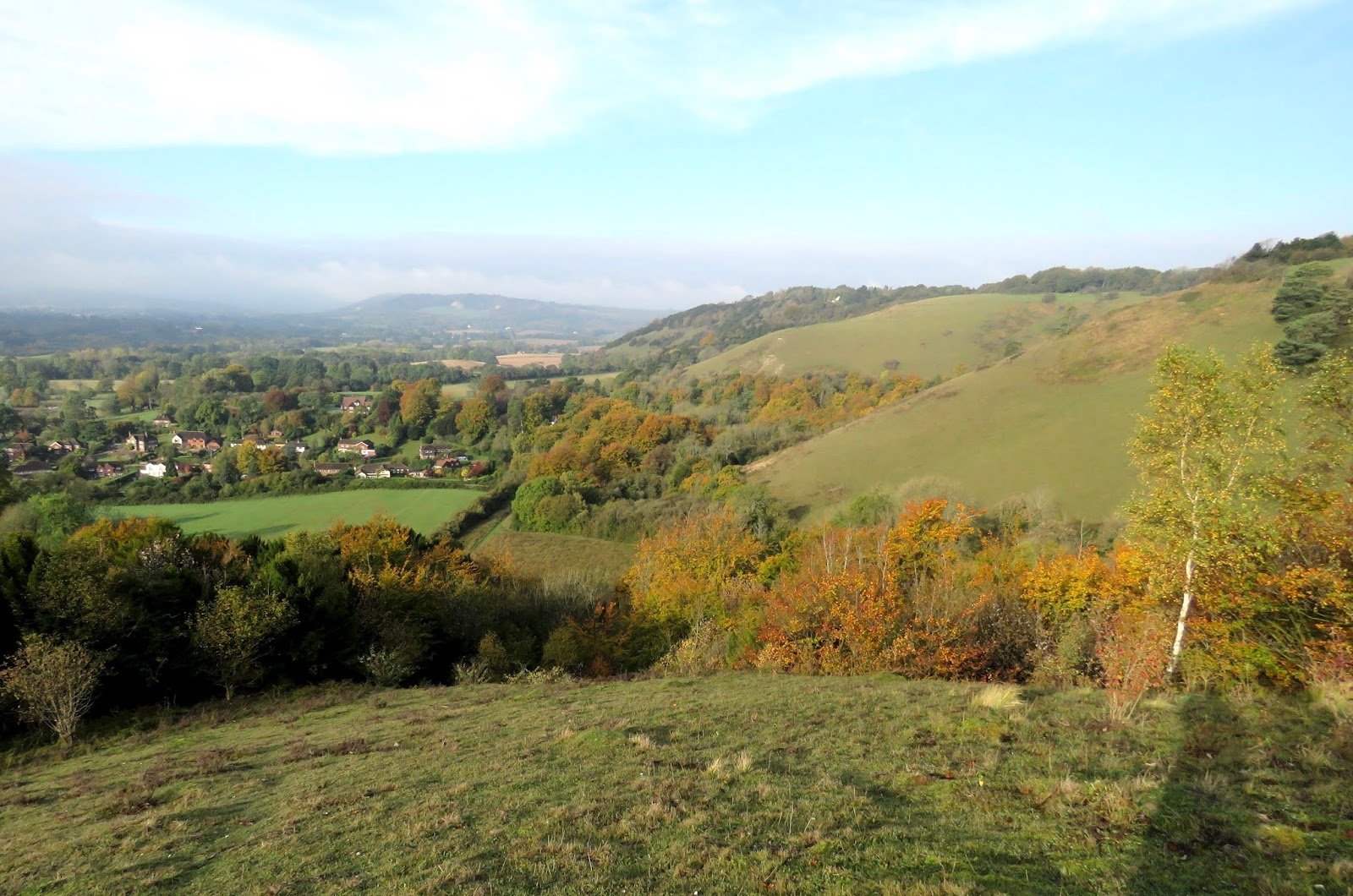 It soon became apparent that there were more Chaffinches to be seen from here, with flocks (the largest was 70) taking flight lines parallel with the scarp (green arrow on map). Some of the lines were just above the hilltop, others further out southwards but still at hilltop height. The Woodpigeons continued to move as well, coming off the scarp and heading out south or south westwards. The undoubted highlight occurred at 10.55hrs, when a juvenile Marsh Harrier appeared from the north, over the rim of the hill, and continued southwards out across the Surrey countryside.