As part of a writing project, I have been trawling through my notebooks from the early 1980s, having just completed a similar exercise for the 1970s. It makes sobering reading. Back then, I was still able to go out locally (in northern Surrey and south-west London) and see Turtle Doves, Willow Tits, Lesser Spotted Woodpeckers and Spotted Flycatchers with ease and certainly not need to comment on seeing them as anything other than normal. At Beddington, one July day in 1980, I recorded a flock of 400 House Sparrows, and saw 800 at Dungeness the following October. These are counts that seem incredible now. It is all too easy to think of such figures as remarkable - but, in reality these were massive decreases on what had gone before. Close to my home, on Banstead Downs, 18,000 were counted coming into roost in 1960, with over 10,000 at Dartford Marshes, in Kent, up until 1974. By 1984 the same roost could only boast a maximum of 2,000. It is easy to allow 'shifting baseline syndrome' to creep into our analysis. We remember what we experienced when we began birding, and use these memories as a yardstick on which to measure against. I frequently refer to my copy of Bucknill's 'Birds of Surrey' published in 1900. Infuriatingly, the Victorians didn't count their birds - they looked for nests, shot unfamiliar species and, if a species did appear in abnormal numbers, would only remark that there were 'many'. Oh how I'd love to know just how many birds did populate that era. It would push 'shifting baseline syndrome' onto another level.

I did go out looking today, to Canons Farm. No need for any baseline comparisons. It was dire. Pants. In lieu of a bird, here is one of several Speckled Bush-crickets that were resting on the nettles. 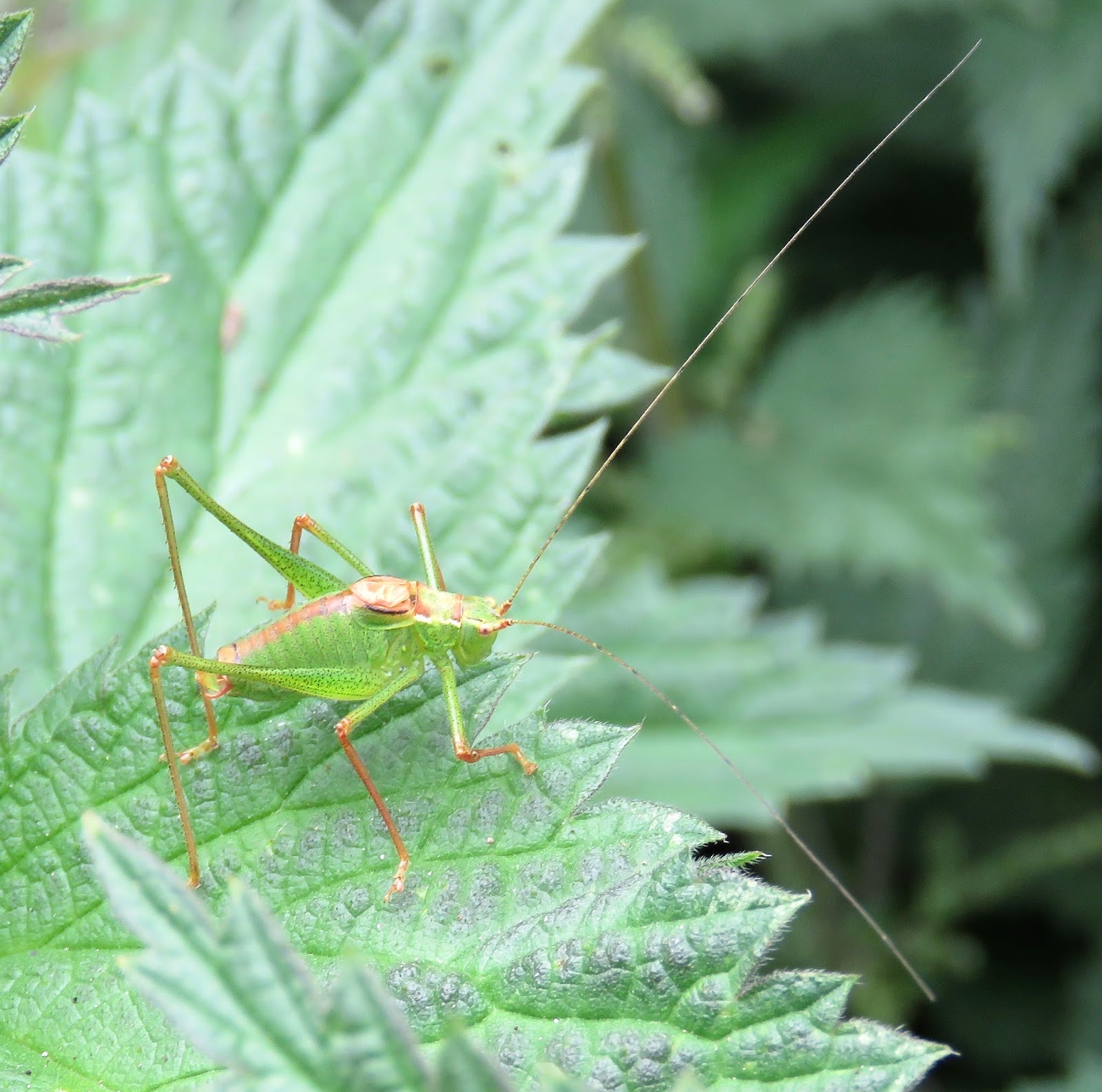 Stewart said…
I have had this discussion when young conservationists say that a site is doing well because it has 18 Linnets and a Yellowhammer. That's appalling, but they seem to be happy with it. To tell the truth results in a barrage of comments about being negative. Near us was asmall corner field left as set aside for pheasants mainly. It was solid with Thistles etc. Today it has all been cut off and is flat as a billiard table. I wonder what the young goldfinches will eat now?
13 August 2021 at 12:07

Steve Gale said…
At least we were able to see birds in moderately good numbers Stewart. I could cry reading some of my old notebooks.
13 August 2021 at 19:47

Ric said…
I do my best to rationalise the situation, but having only heard one local Cuckoo call in more years than I can think of, the long absent Willow Tits and more recently LSW's. I try to think of the success stories such as Red Kites, Buzzard and other species which would have involved a twitch; at least in the London area.
That said, the masses of crows and magpies that once wouldn't be seen within a mile of people, doesn't really cut it. And I'd rather have the continuous chatter of House Sparrows instead of the deafening calls of RN Parakeets.
Yes, swings and roundabouts. But really, I'd rather have the conditions that formed the original standards of my birding.
I don't like change. It's my age.
14 August 2021 at 17:56