Yesterday, on a gloriously sunny and hot afternoon, Gordon Hay and myself spent several hours wandering the rides and footpaths that criss-cross Bookham Common, an area of outstanding Surrey butterfly real-estate. Our aims were to see if there were any Purple Emperors on the wing and to luxuriate in amongst one of our favourite species, the White Admiral. On arrival I met one of the National Trust rangers who told me that the Emperor had first been seen on June 17th - it looked as though, with a fair wind, our luck might be in. We didn't have to wait long before we knew that our visit was going to be blessed. The well-known 'master' trees, on the higher ground at Hill Farm, were playing host to three Purple Emperors, with much sparring, circular flights and easily observed perching indulged in (above, from 12.30 - 14.30hrs). 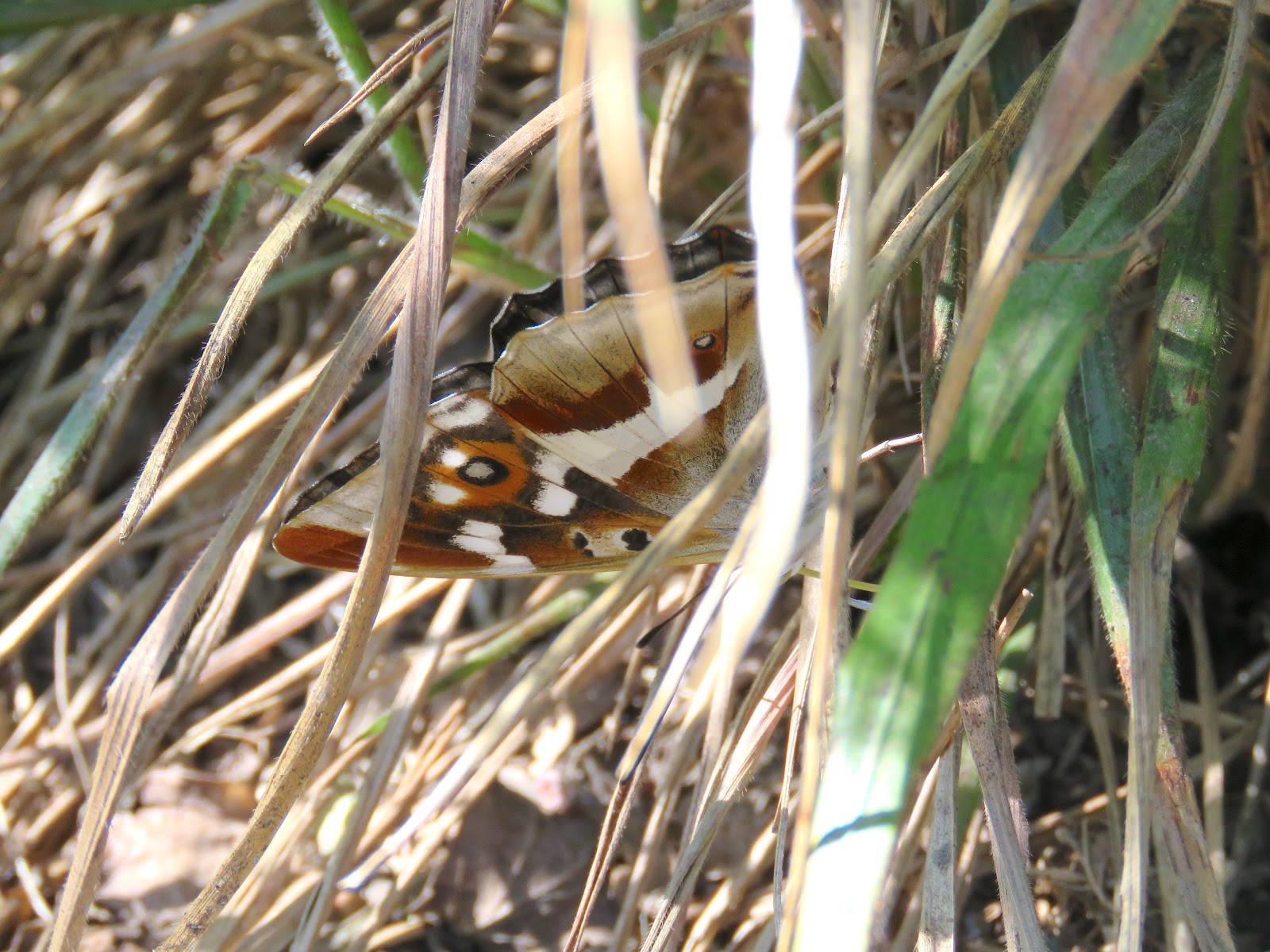 We were also fortunate in coming across a further individual - at 16.23hrs, some way from the favoured area - that was grounded. This butterfly was first seen fluttering across a ride just inches from the surface before alighting within a tuft of grass, allowing close approach (image above). The Emperors were not the only highlight though - there had been a grand emergence of White Admirals. Our estimate at 100+ was certainly on the conservative side, and we had certainly covered but a fraction of the area. Not many of them were settling, but those that did would only do so fleetingly (below). A wonderful few hours. 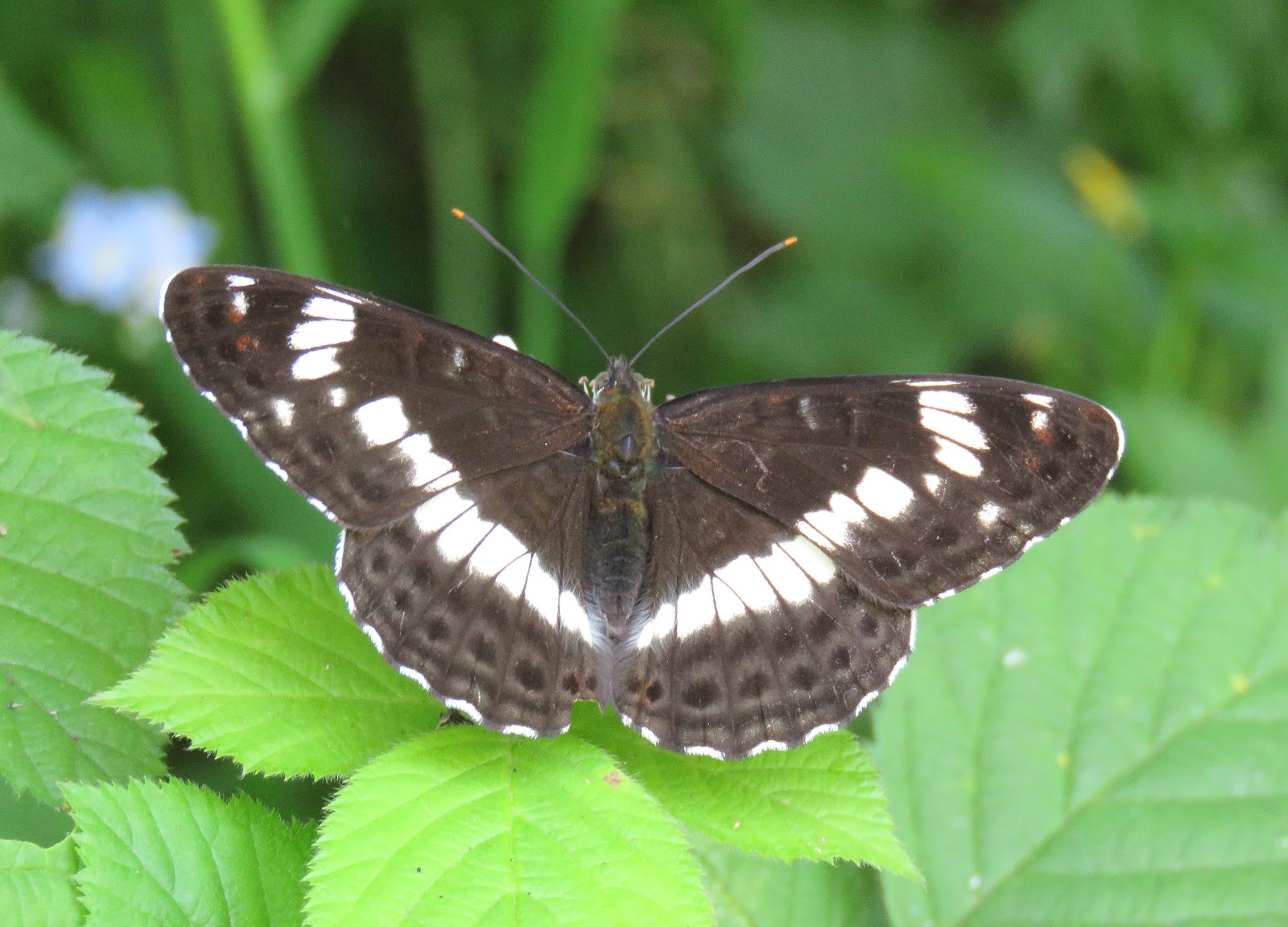 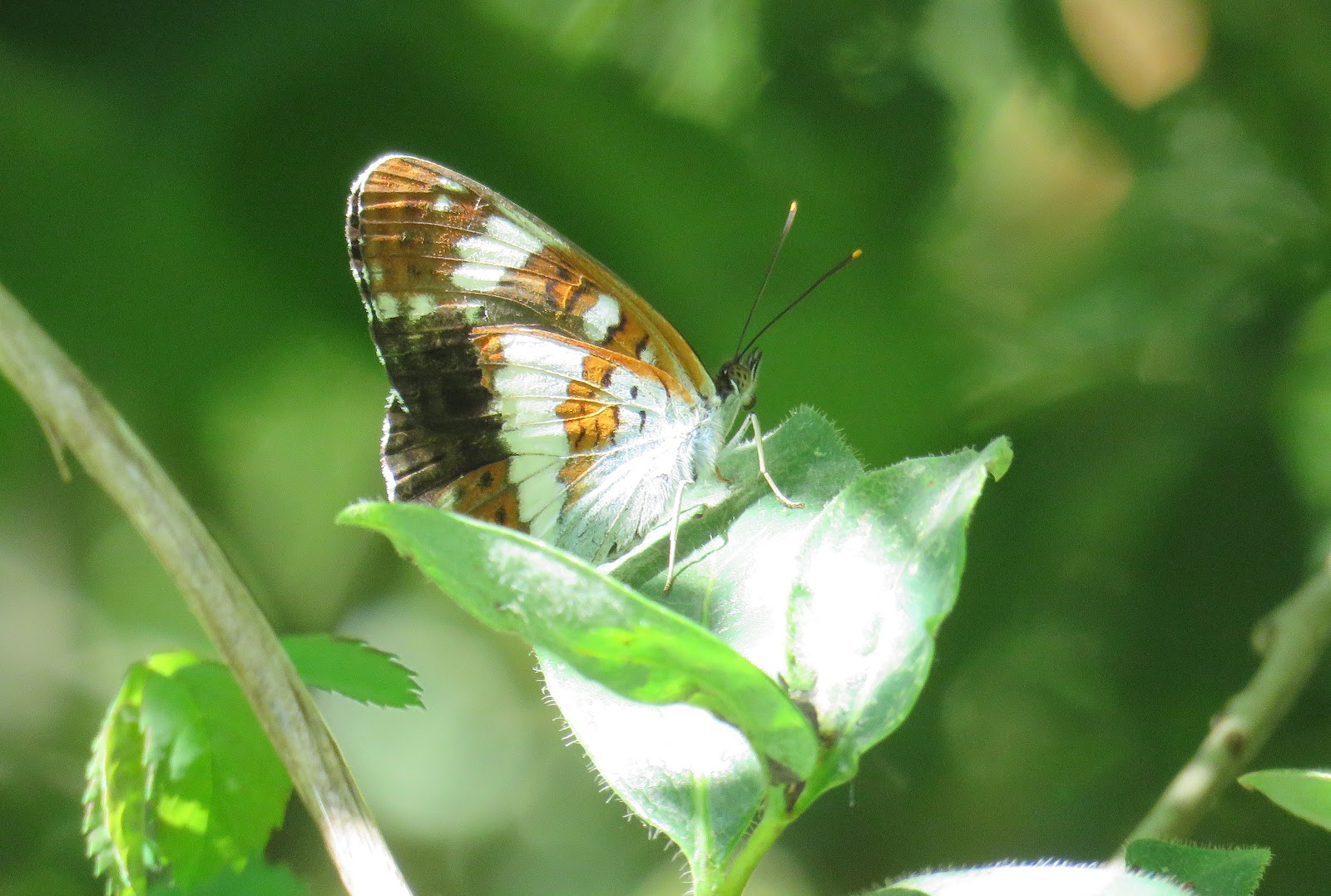 Earlier in the week (Monday), a Quail had been reported singing at Canons Farm, in fields due west of Perrotts Farmhouse. It was a shy singer, but made up for that by keeping extremely close to the track that we stood on, and actually showed itself twice - once in flight (a gently curved sortie across the field and over the track) and on the other occasion appearing on the track before scuttling across the stony ground and into the vegetation (captured for posterity below). The bird was close enough to hear the "Wah-wah"call before it launched into very brief renditions of "wet-my-lips". I was still present yesterday (Wednesday). 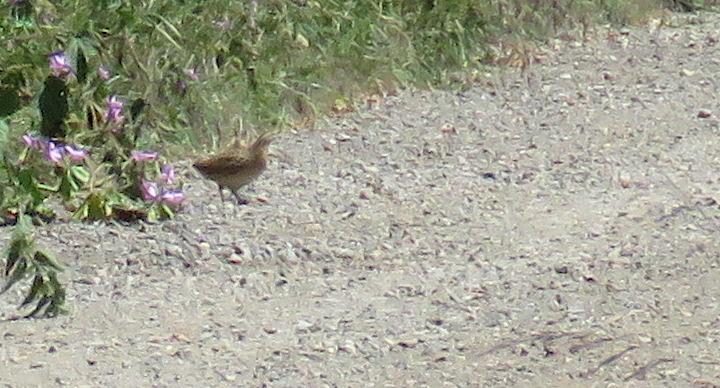 My last post mentioned that I was not in the best of places mentally. It was heartening to receive an enormous amount of support from the 'natural history' family via email, Twitter, What'sApp and the old-fashioned media of telephone. Every single one was humbling and gratefully received. The good news is that I am being helped and things are on the up. I'm mindful of the need to make these improvements slowly, and not to rush so as to keep my gains in place. The support of others is crucial, as is immersion in our natural world. Listening to a Quail and being surrounded by butterflies are therapeutic beyond belief.