First up is the smart looking tortrix moth Agapeta zoegana. It is relatively common, the larvae feeding on knapweed, and is met with annually in the garden MV. However, it comes in two forms. The one usually encountered is a real looker, a concoction of banana-yellow and milk chocolate. The other, known as ferrugana replaces the yellow with a frothy cappuccino brown (above, right). I hadn't knowingly seen this form until last week, both handily coming to the MV on the morning of August 9th. 'The Smaller Moths of Surrey', published in 2012, suggests that ferrugana "occurs occasionally in the county at a low density." 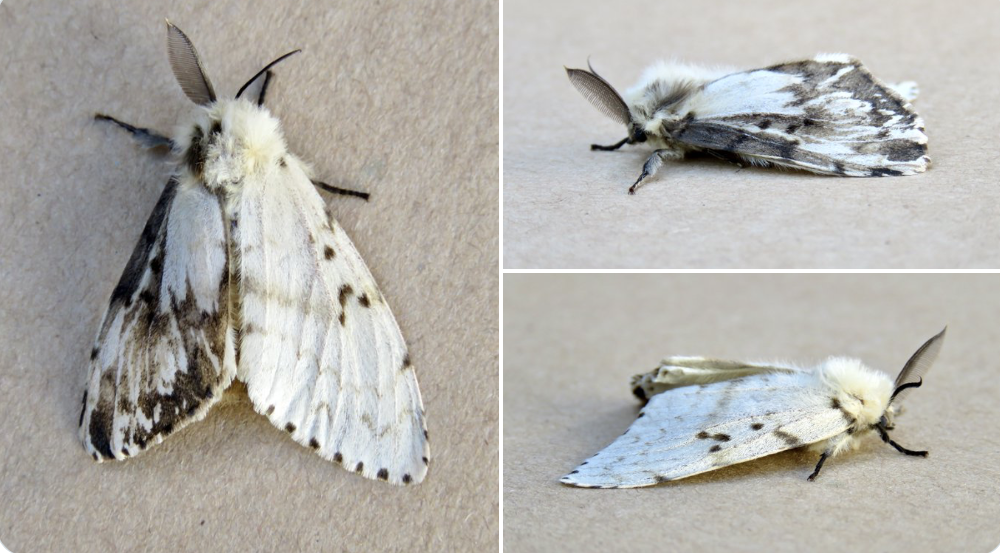 My checking of the MV during this hot weather has not really produced the hoped for 'good' migrant or wanderer, but this disappointment was suspended on the morning of August 5th when this bizarre moth was trapped - a gynandromorph Gypsy Moth, half female, half male. The male half in the above images is exhibited on the left hand side of the moth. The smaller wing and ornately feathered antenna can clearly be seen. In comparison, the female wing is larger, a clean ivory-grey in colour, with bold spotting and faded barring. The appearance of the male wing has obviously been influenced by the female half as his colouration is normally one of a denser brown. Also note the females simpler antenna. I have not seen a female Gypsy Moth before as they are shy fliers and not readily attracted to light. 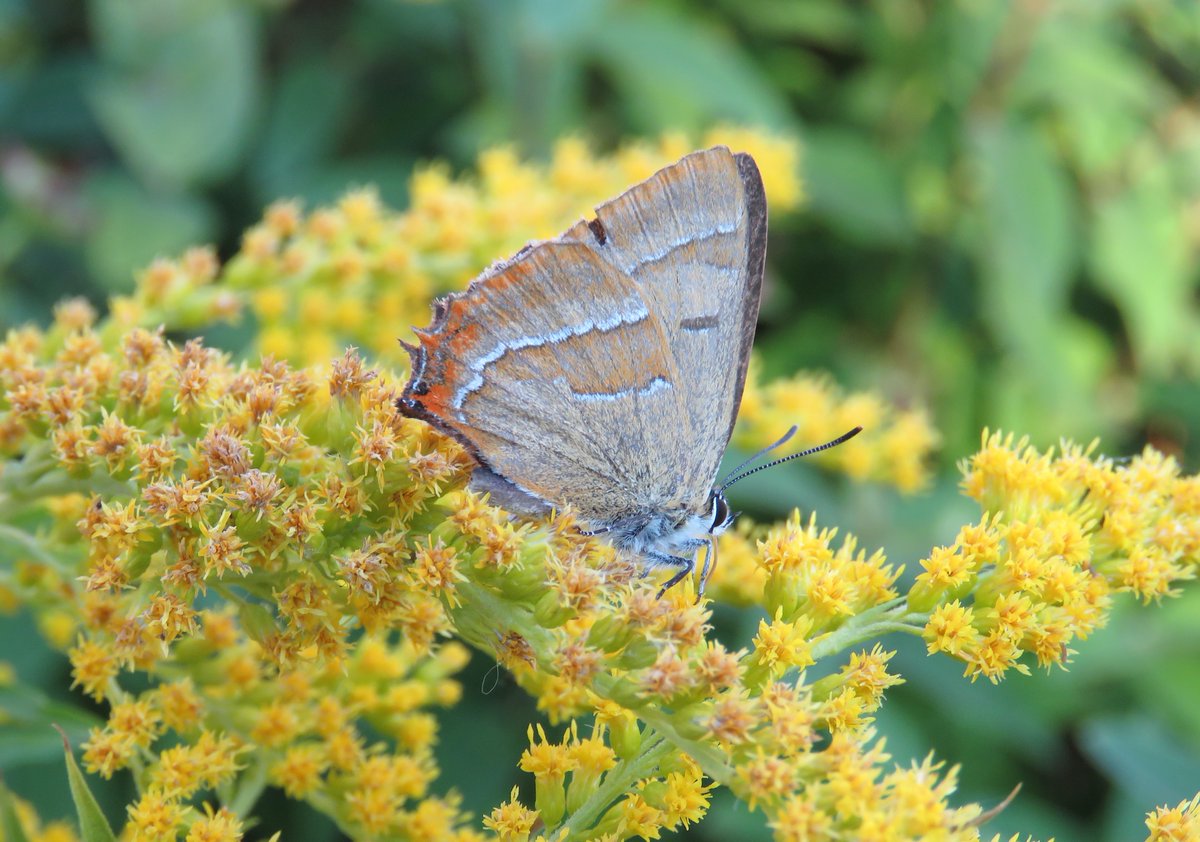 The hot weather has certainly enticed some butterfly wandering, as no fewer than three new species have been recorded in the garden in over the past three weeks - Dark Green Fritillary, Brown Argus and this most welcome Brown Hairstreak, that alighted on Goldenrod yesterday evening, remaining in place for several minutes. It became species number 24 to grace the Banstead, Surrey garden.