Birding, for a change

After all of that pan-species malarky I thought that I'd better get back out birding before my bins and scope were confiscated and I was publicly pronounced 'lapsed'.

Beddingtom Sewage Farm was my venue of choice. The birding reflected the weather, being non-descript and dull with the odd bright spell. A single Water Pipit gave itself up along with 7 Green Sandpipers. A feature of the farm these days is the gathering of feeding and loafing Grey Herons, no fewer than 88 being on show, mostly on the islands of the north lake. As always, Tree Sparrows took advantage of the well-stocked feeders. 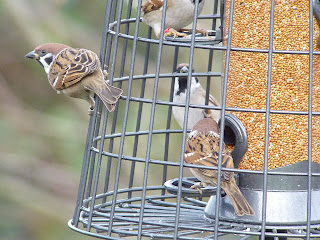 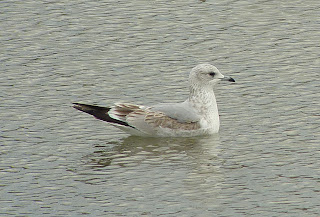 The first-winter Common Gull (above) is a gift to a certain red booble-hatted Devonian birder who likes his gulls almost as much as he likes his Giant Chocolate Buttons. Which reminds me, he still owes me a bag...
at November 26, 2011

It's not every day that I visit a blog and get a prezzie. I must return the compliment by looking out for some interesting slimy stuff to photograph! ;o)