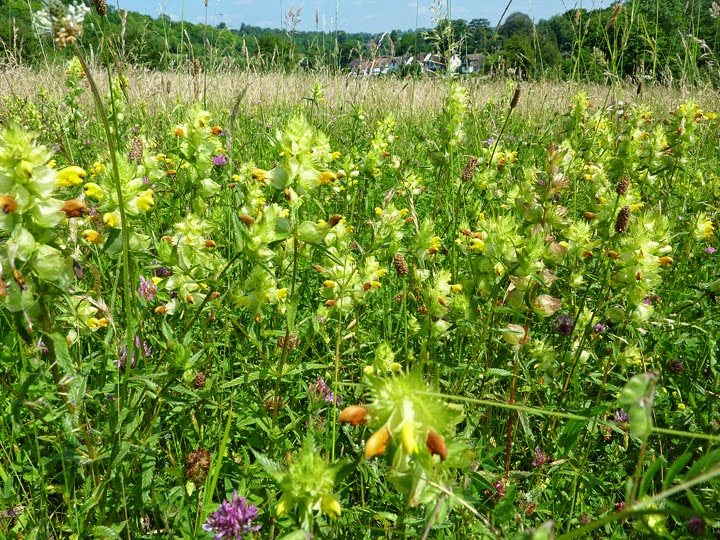 This morning found me haunting the chalky slopes of Chipstead Bottom, as one of a band of fellow botanists and all-round naturalists who were part of Peter Wakeham's organised walk. As usual, Peter shared with us his knowledge of the area and expertise with the plants - you always come away the richer and wiser from his forays. And there were a few familiar faces in our number: local boys David Campbell, Ian Magness and Paul Goodman; Beddington absconders Nick Gardener and Peter Alfrey; plus I finally got to meet Bill Dykes, fresh from his 'second for Britain' micro moth success.

I began a bit earlier in the day walking the rides of Banstead Woods in the hope of a Purple Emperor. They have been seen already this year on Bookham Common, but I drew a blank. Compensation came in the form of plenty of Marbled Whites, a firm favourite of mine. Other lepidoptera that gatecrashed the botanical party was a Blackneck (disturbed from vegetation but then on show for all to see), a Mullein caterpillar (on, appropriately enough, White Mullein) and the local chalk-loving micro Aethes tesserana, found by Bill. 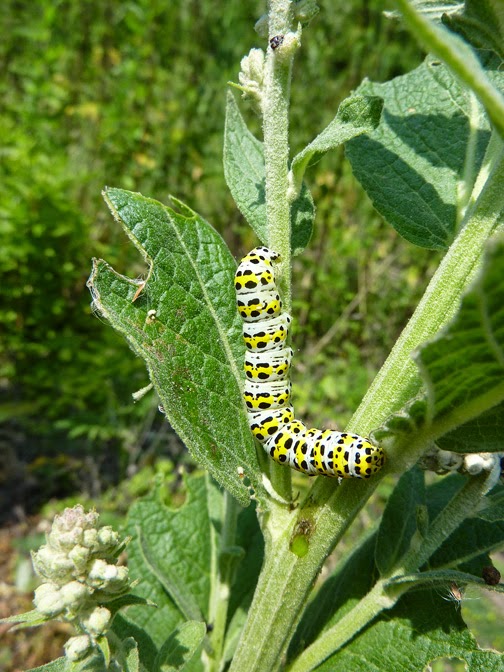 But we had come for plants. There was much in flower and plenty to learn, highlights being Greater Yellow-rattle in profusion (top photo), White Mullein (above with Mullein caterpillar),  Common Broomrape, Common Spotted Orchid, Pyramidal Orchid, Bee Orchid, Yellow Bird's-nest, Grass Vetchling, Rough Hawk's-beard and Babbington's Leek. 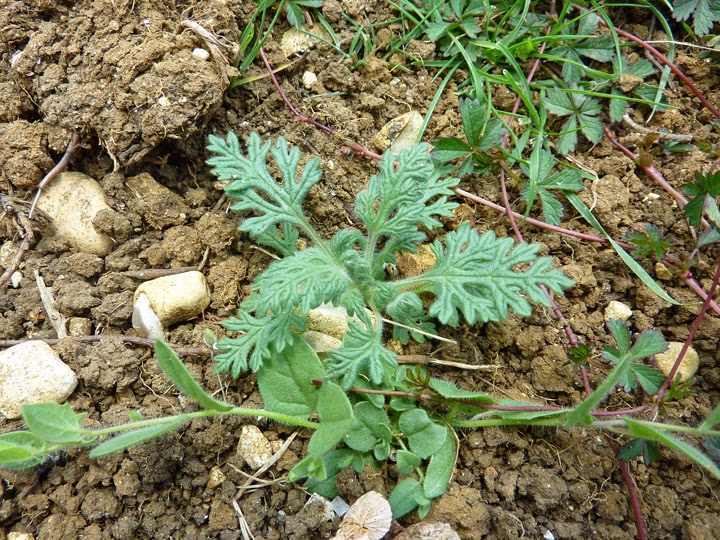 Last but not least we payed homage to the disturbed soil at Fames Rough, and although we couldn't find any Ground Pine we did locate up to six plants of Cut-leaved Germander (above). Peter does not expect these to flower until next summer, so let's hope that they all survive until then.

Another great day spent with a bunch of people who not only appreciate the wildlife on our doorstep but want to share their knowledge with others.
at June 21, 2014