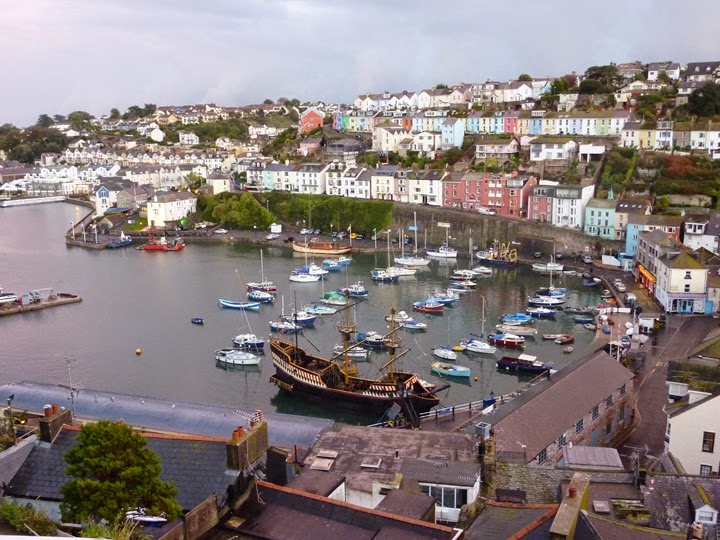 A family short-break to Brixham was not embarked upon with natural history in mind, but you know how it is... my binoculars came along, I kept one eye firmly on the skies and just around the corner was Berry Head! The view above is from our well-appointed cottage. The garden was the size of a sixpence (remember them?) but the view and elevation made it a birder's dream. I sat there and visualised the viz-mig potential (which was born out by a trickle of pipits and wagtails), plus overflying Peregrine, Raven and Turnstone.

I cannot help but wander around such places with a fantasist birder's hat on - checking out the migrant hot-spots, imagining Yellow-broweds and Red-breasted Flys (at the very least), flicking from bush to bush. A Brixham birder has a wealth of habitats to check, from sheltered bays, open seas, tidal harbour, copses, vegetated headlands and - the jewel in the crown - Berry Head. 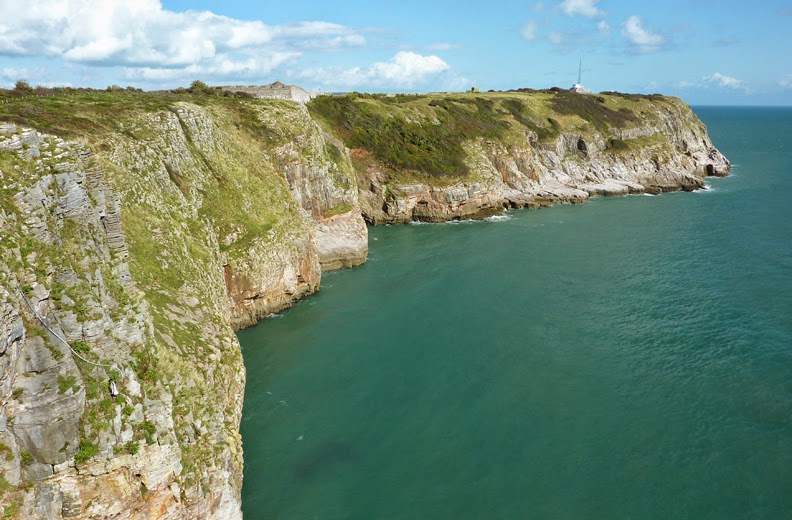 Talking of which, this was the scene on Friday (looking back towards Brixham). I had hoped that I might jam in on a late-flowering Goldilocks Aster, but with no firm site I drew a blank. Maybe it was all over, maybe it isn't found plentifully here, but I reckon that I looked in the right areas (that is, if the right place to look is where the other rare plants are to be found). Berry Head has been kind to me in previous visits, with Honewort, White Rockrose, Small Hare's-ear and Small Rest-harrow all being seen, not forgetting a rather splendid white Gyr Falcon back in April 1986.

Clouded Yellows were still on the wing, regularly encountered. What with the temperature reaching 19C in a very warming sun, it was more like summer than autumn.
Berry Head Brixham

Unknown said…
You shoulda asked. Goldilocks Aster was flowering not too long ago between Berry Head and Sharkham Point.
13 October 2014 at 10:37