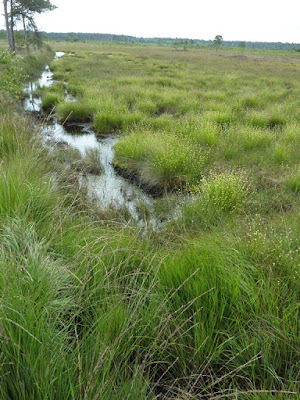 Today saw a rare outing to Thursley Common. This is one of those places that I have struggled with over the years. Being a specialist habitat it is always going to produce a small, but notable, suite of birds, but this is only half of (my) story - it seldom manages to excite me and I am without doubt the loser in not visiting the site very often.

In spring/early summer you are more or less guaranteed the summering/breeding stars, with Woodlark, Common Redstart, Dartford Warbler, Hobby and Nightjar. You can sometimes jam in, as I did, with a first-summer Common Crane (6 May 1987) that rose up from the bog before giving a fly past.

Winter is an altogether harder proposition. Birdlife can all but disappear and on one occasion my notebook recorded but 18 species in a five hour visit, but did include a Great Grey Shrike and a Hen Harrier! Having mentioned those two highlights, I have to admit to blanking out more often than not.

But Thursley is far more than just birds. It is one of the best places in Britain for dragonflies and damselflies. Again, the site can be a cruel mistress, dishing up days when they swarm over the bog in numbers too many to count and at other times ensuring that the cloud rolls in and there is little on the wing. Botanically it is rewarding for those that know their sedges and rushes, and it hides its most notable species well, although the show of Bog Asphodel, Marsh St.John's-wort and Sundews (Round-leaved - below, and Oblong-leaved) is not to be sniffed at. I have seen Round-leaved Wintergreen and Marsh Clubmoss here, but only because somebody in the know showed me where they were - a casual search for them would be doomed to failure. 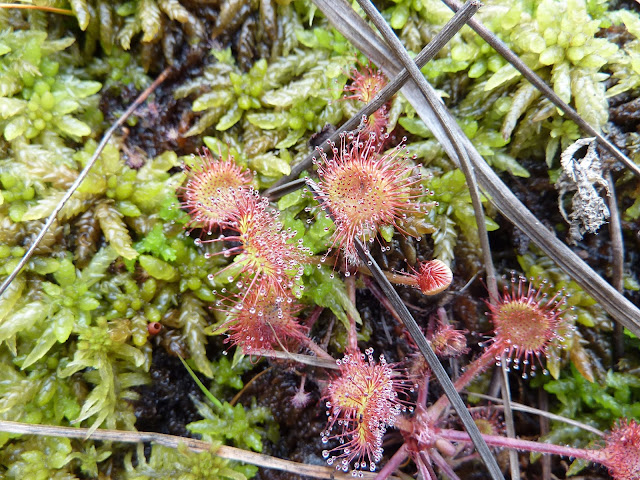 Today's highlight was without doubt another mass-flowering spectacle. The dry heath was coloured by millions of Heather and Bell Heather flowers, in places a swathe of purple, red and pink that stretched to the horizon. The odd splash of yellow was added via Dwarf Gorse. For a brief period the sun came out and with it came a great show of bees, wasps and hoverflies, all taking advantage of the bountiful flowers. A stirring sight. 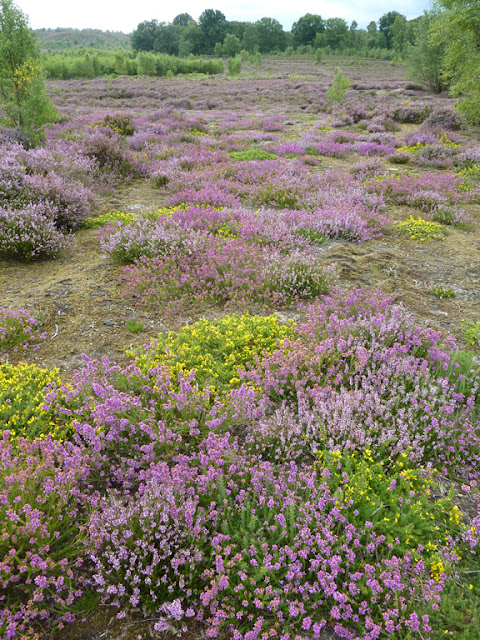 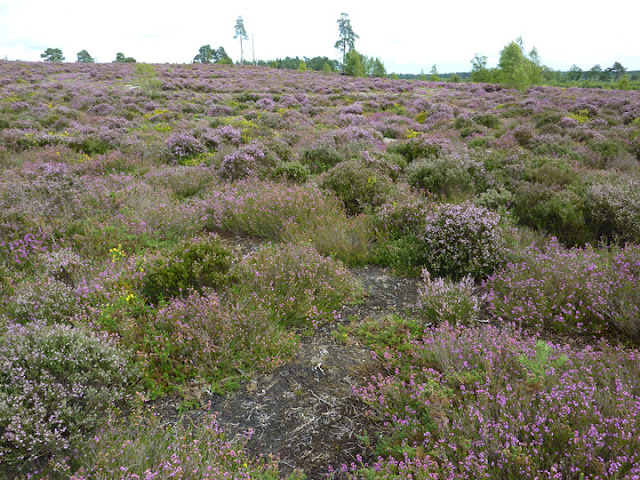 Those site images excite me as it looks pretty good for invertebrates, flies especially.

You are correct Andrew, I saw plenty of flies, but have more chance of being Tottenham's new striker than putting a name to them.

Wow, what a palette of colour the Common is showing at the moment, worth going just to see that.

In some places it looked formally planted Derek, almost in rows, although no human hand had actually done so.

Looks an interesting spot, here the dragons, such as there are, are at their busiest at the moment

That's true Simon, and had the sun been out I would have been surrounded by them.