It's been a good few days for the London and Surrey birding fraternity - an Ortolan here, an Osprey there - all decent stuff for the inland patcher. With a slightly delayed start, and tweets coming in reporting a bit of viz-mig in southern Surrey, I entered Canons Farm in a state of anticipation.

After half an hour it seemed as if the birds had decided to bypass me. But then a few hirundines started to show, then a Yellow Wagtail called, a Lapwing rose up from Harrier Field and left westwards and everything became a lot more promising. The four hour session resulted in: 7 Cormorant (a messy flock north), 6 Common Buzzard, 2 Sparrowhawk, 1 Peregrine (an immature bird trying its luck with Woodpigeons at Tattenham Meadow, maybe one of this years Sutton birds), 1 Lapwing (grounded in Harrier Field then left westwards), 2 Common Swift, 420 Swallow (mostly heading SSW), 80 House Martin (likewise), 6 Yellow Wagtail (all singles flying S or SW), 1 Whitethroat, 6 Chiffchaff and 3 Yellowhammer. Grounded migrants (bird in general really) were sparse.

The sun had plenty of warmth, and despite a stiff breeze there were many butterflies on the wing, including Red Admirals, a Painted Lady and a Clouded Yellow (the latter at Circle Field). Most numerous were Comma (below) and Speckled Wood (bottom). 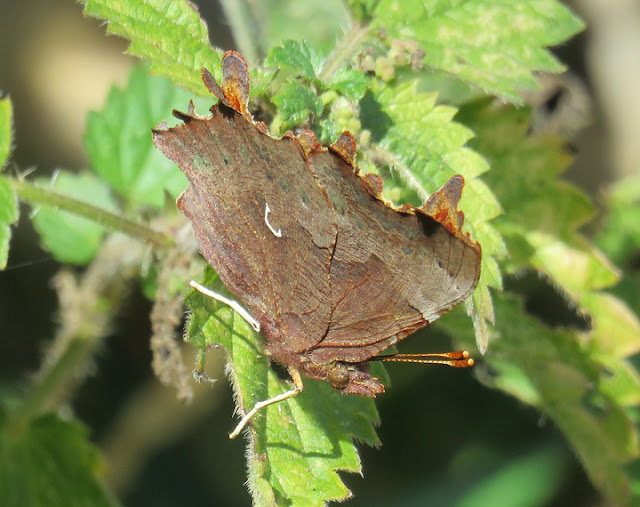 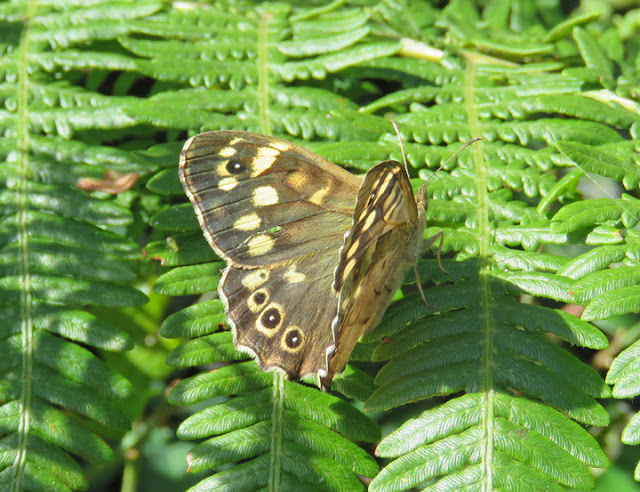 We are all getting creamed by the Wanstead boys.... again!

They are the commonest butterfly here at the moment Simon.

Another migrant from Calais no doubt.
I was briefly at your favourite place yesterday (Thurs) - Dungeness. Briefly because my partner and I travelled from Hythe to Dungeness on the excellent mini railway, a real treat seeing as how it's 40 odd years since I last did it. In the hot wind and sun yesterday Dungie was like a baked desert.

If I'd have known you were going Derek, I would have asked you to give it my regards!