Where have all the moths gone? 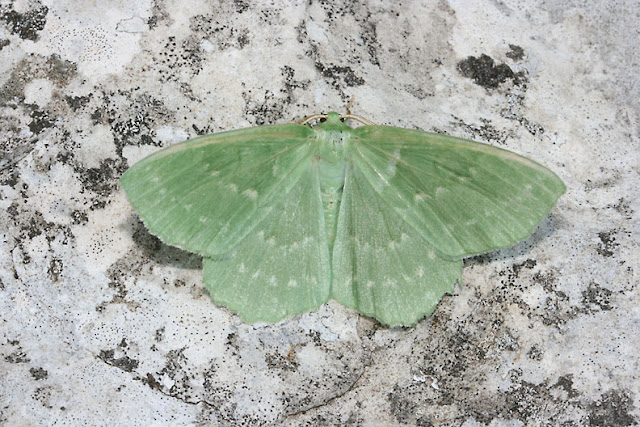 Last night was muggy and overcast. At 23.00hrs I was still able to sit out in the garden, dressed in t-shirt and shorts. In the mid-distance I could see light from the garden MV trap illuminating the lawn and nearby bushes. I sat and stared towards this lit area for maybe ten minutes, but there was barely a movement in the light. I had to sadly admit to myself that the moths were not going to be gathering tonight...

The fall in moth numbers has been gathering pace over a fair few years now and at a national level. From missing the 'moth snowstorm' in the car headlights, to the memories of gatherings at lit house windows, it is becoming a painful realisation that population levels of all our insects are in free-fall.

In August 1975 I attended a wedding reception at a village hall in Tring, in Hertfordshire. It was a warm evening and as it became dark the lit windows started to attract hundreds of moths. My interest in such things was known, and I was soon joined by several young children who helped to catch the larger and more striking of what had appeared. I didn't know what any of them were called, but they were coming in all sizes, shapes and colours. There were too many to keep up with, but it was an eyeopener as to how many different species there were. That evening was most probably the moment when a part of me became a moth-er.

Ten years later, I was living in a flat in suburban Sutton. I had no trap, so used to open the windows and switch on all of the lights in my living room, sit back, and await what ever decided to visit. And visit they did. I was kept busy potting up incomers or trying to reach those that had settled on the glass outside. The numbers weren't up to the levels enjoyed on that evening at Tring, but the moths were coming and going all the time. There was never a dull moment. When a pristine Large Emerald came one evening I was in moth nirvana! That's it pictured above, not the very same individual though.

By 1987 we had moved to our current home. At first I ran an actinic tube trap, an unobtrusive pale blue light that did not illuminate the ground around it, but even so I could look up the garden and see moths flitting around it on a constant basis. Our next-door neighbour had a cat, and it would come into our garden when the trap was switched on - there were enough moths to make it worth its while to spend time chasing after shapes in the darkness. When, by 1990 I had purchased an MV, any mild night from March to October would result in a constant flurry of moths around the trap. I would lie on the grass in the garden and look up into the trees or down along the edges of the bushes and watch the constant comings and goings of moths illuminated by the bulb - many of which would not even stop to investigate the MV below. My catches in the morning were a given - any night that was not blighted by cold, strong wind or constant rain would yield hundreds of macros. And now, this is a thing of the past.

The past few years have been dire. I could quote figures, but somehow that strips away the emotion of the slump. Numbers of moths (and numbers of species) are much smaller. Much smaller. The same muggy nights that used to create my own 'moth snowstorms' back in the 1980s and 90s are now ones of low attendance. Very low. Species that used to appear in plague proportions (a slight exaggeration, but all things are relative) are now represented by a mere handful. And some species seem to have gone altogether. One example is the beautiful Golden Plusia. It used to be an annual visitor, in small numbers, to the garden MV. I doubt that I have seen one in the past 20 years. Just one sad example of what is now coming to pass as the 'new normal' for our wildlife. Fewer. Less. And still falling.

Email ThisBlogThis!Share to TwitterShare to FacebookShare to Pinterest
Labels: Moths

Your posting illustrates what those of us who have lived long enough to be able to compare, know is going on, wildlife is decreasing at an alarming rate and yet no one will admit that they are causing it, though I guess we all are to a degree. Bad farming practises are led by the need of most of us to have well stocked supermarkets at cheap prices.

As you say Derek, bad farming practises are a culprit, but there are many others, as our 'modern' needs, and those of the shareholder's dividends, are greedily met. And then we have our native wildlife being assaulted by creatures alien to our landscape that have been placed there by man's hand (inadvertently or not).

I agree Steve, habitat loss is another major factor in wildlife demise, the countryside is getting smaller.

It has been the same poor year down here at Dungeness Steve, and all the local moth trappers I`ve spoken too have said likewise, despite some cracking overnight weather conditions. Human impact I`m afraid.

I am mourning the same thing. As a child I would sneak out after dark and turn the yard light on against my mother's wishes. In the morning there were hundreds of furry beauties of all shapes, sizes, and colors. Every morning was a new adventure for me; I was in heaven. I would admire each one and gently stroke their silky wings. 35 years later, my yardlight attracts one or two small ones... nothing like the magic of my childhood☹️

How I miss these beautiful insects.As you say our Windows used to be covered with them.Shut the door quick before the moths come in was a common cry.I was raised on an hebredean island which was so rich in wildlife.Corncrakes everywhere,snipe and lapwings skylarks etc nesting on the crofts.Three years ago I suddenly realised I had not seen one moth that year,and I felt a terrible sadness.The dragonfly has also disapeared.I can walk the length and breadth of the machair where there is still an abundance of wild flower and not see one bumblebee where in my young days after the war there were hives in abundance.There is no extensive farming in island I,m referring to and I personally believe we are witnessing a global change and the insects are a sure barometer