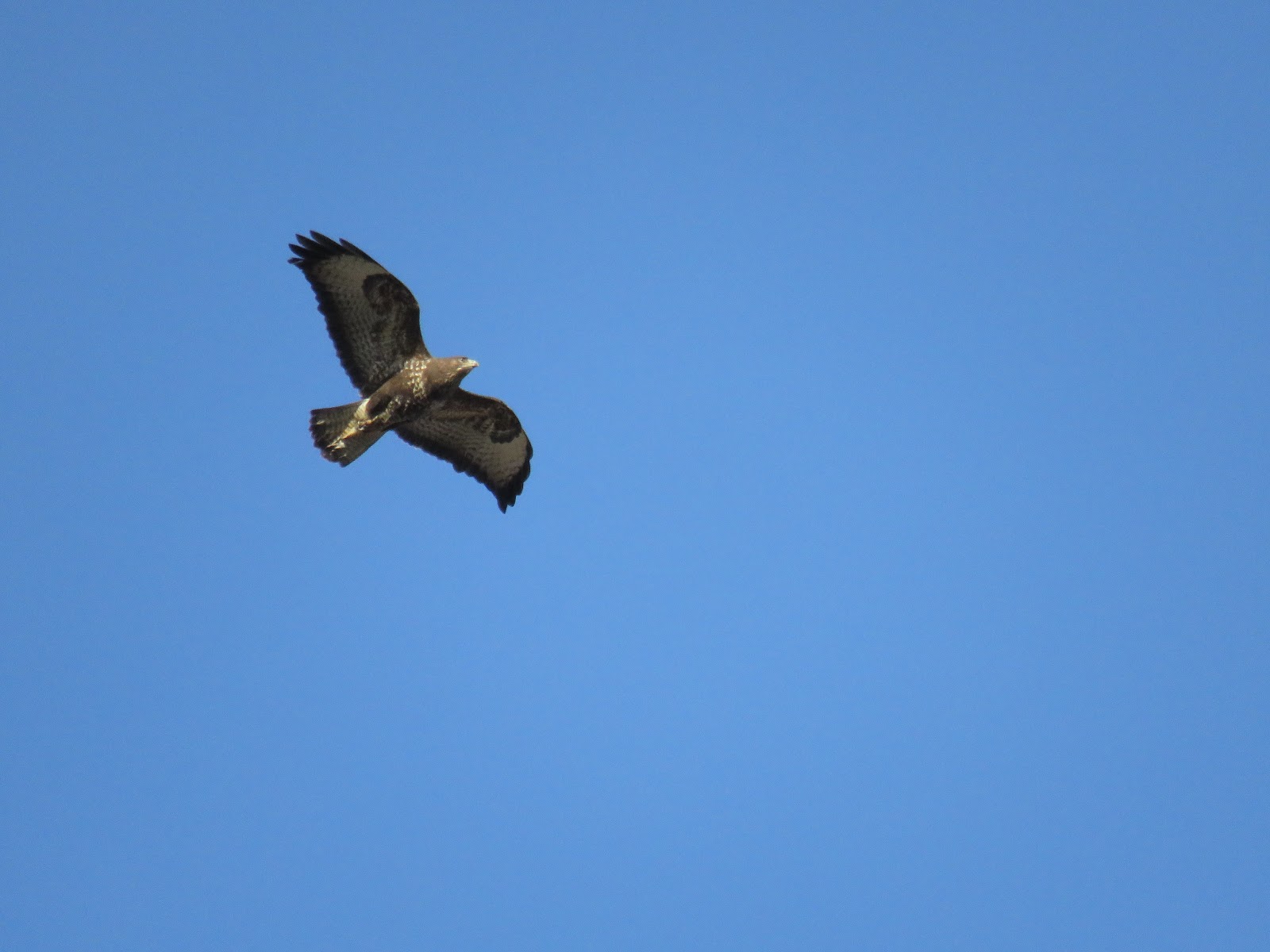 We are now getting to the time of year when, here in Banstead, we see a marked increase in raptor movement, primarily Common Buzzards (with a few Red Kites thrown in for good measure). For a number of years now the Buzzards have been a feature of spring, with the local breeders sharing the skies with their congeners that are passing through. Last year saw plenty of time to keep an eye on the local sky thanks to lockdown, so I was in a good position to monitor this phenomenon.

Between March 21st - May 9th, 145 Common Buzzards and 45 Red Kites passed over the garden, mostly moving through in an easterly direction. The Buzzards tended to slowly drift through the air-space, with the Kites far more direct. I was careful not to count the local birds. I can see two resident pairs from the garden, or at least can see them when they indulge in a bit of extra-limital displaying. Any benign day in late-March to early May will provide a bit of movement, with the highest number of birds in one group being eight. Last spring the largest day counts were 20 (May 2nd), 18 (April 7th and 11th) and 14 (March 14th). The best day for Red Kite was 6 (May 9th). I suspect that the Kite numbers would carry on well into June, as a large band of young birds wander between Kent and Cornwall into the late Spring/early Summer.

Today has turned into a bright and calm day. An hour out in the garden produced not one Buzzard or Kite. Maybe it is still a bit early, but in previous years they have been on the go by mid-March. As we are fond of saying, "Eyes to the skies!"

Hi Steve,
Very similar situation here on Thanet. Just at the very start of raptor migration season, I have already witnessed our resident pair of Common Buzzards get the hump as other birds move through their territorial air space. No Red Kites, as yet, but as you say, still a bit early?
"Eyes to the skies" - looking forward and upward - Dyl

Hi Dyl, Eyes to the skies indeed. Have been following your employment situation via your blog (still cannot leave a comment). If you do end up leaving then that is was the Gods have decreed, so bring on tight lines and fully employed optics! All the best, S

I'm fortunate to have what appears to be a resident pair of Red Kites which spend a large part of the day prospecting a large stand of trees across the road from me. Possible nest site? Here's hoping.

And to think that thirty years ago I had to travel all the way to central Wales to see my first ever Red Kite. Now I see them from my arm chair.

My first Red Kite was at Tregaron Bog in 1978 Ric. My first English one was at Overton (North Hants) in the late 1980s.