October 01, 2015
In a recent tri-blogger's discourse between Stewart Sexton, Dylan Wrathall and myself, we have been exploring the lessening of blogging, the reasons behind it and why, indeed, people bother blogging at all. In the past 24 hours I was twice reminded of why it is worth carrying on with it and how a humble post can do good even years later.

Firstly, Karen Woolley (of the excellent Wild Wings and Wanderings) got in touch. She is hankering after going to see the rare and frankly bizarre looking Starfish Fungus (Aseroe rubra) that can be found in a Surrey woodland at Oxshott. She either remembered a post of mine from 2013 or Googled the fungus and was sent to my site. Either way, knowing that I had been there and that Oxshott Woods is quite big, she emailed me to see if I would 'point her in the right direction'. I was only too pleased to oblige. 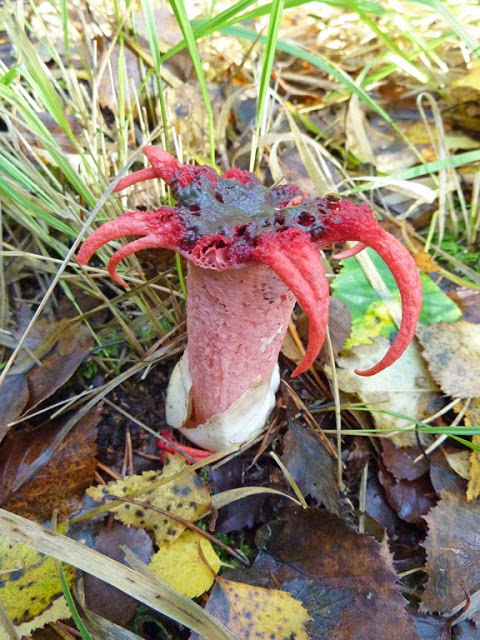 Then last night I received an email from David Gowing, Professor of Botany, (Environment, Earth and Ecosystems) at the Open University. They are hoping to host a studentship looking at the conservation of Starfruit and wish to advertise the opportunity. He had seen my images of the plant in a post from September of last year and asked if he could use one for the advert. Again, no problem at all. 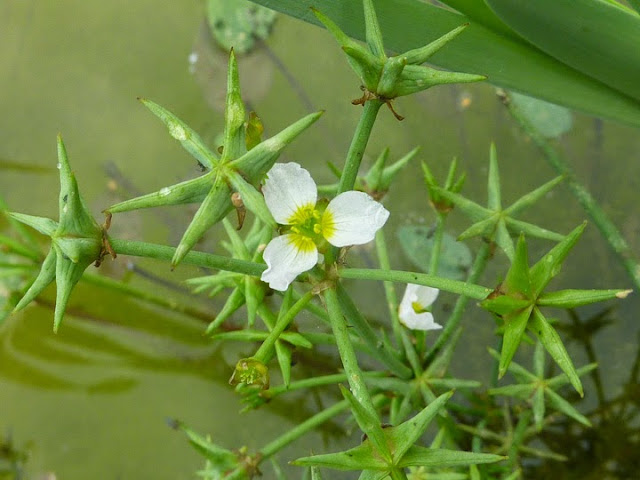 Blogging can be seen as just an ego trip, another way of shouting out "look at me!" or "look what I've done!", but then something like the above happens. These posts that we send out into cyberspace really can be of use to others. I have often been alerted to a species being 'out there' by a bloggers post (such as the daffodil fly), or picking up a handy ID pointer; I have been royally entertained (especially if someone goes off on one); I have even made 'virtual friends' (even if that does sound a bit sad). Maybe there is a point to all of this malarky after all.
blogging Starfish Fungus Starfruit

Derek Faulkner said…
Completely agree Steve, although unless you are one of those bloggers that has a large circle of friends that comment within minutes of a posting, there can be long periods when nobody comments and you wonder if you are just talking to yourself. But like you, I have been contacted by various people, that I have been able to help out through my local knowledge and that is always a good feeling.
1 October 2015 at 16:31

Dylan Wrathall said…
Steve, a really nice piece and a demonstration of the positive side to this blogging lark. I've just had a comment from Stewart who says "he's kicking your arse" in the north v's south challenge! Pull your finger out and man up, can't let this scoundrel take all the plaudits; there's got to be a Yellow-browed awaiting your discovery somewhere out in Banstead?
Chin up and keep blogging - Dyl
1 October 2015 at 22:28

Unknown said…
As you say, blogging has many uses and I have benefited from other people's as well as my own when I maintained it many moons ago.
2 October 2015 at 22:07

Author said…
I have only recently discovered your blog and have found it interesting, helpful, well written and certainly not "look at me". Very well done and keep blogging (please)
3 October 2015 at 08:56

Steve Gale said…
Thank you for the comments - we all seem to be in agreement that blogging does have its useful aspects. So we'd better all keep at it then! And Sunday Birder - your cheque is in the post...
4 October 2015 at 15:10