Inverts to the fore 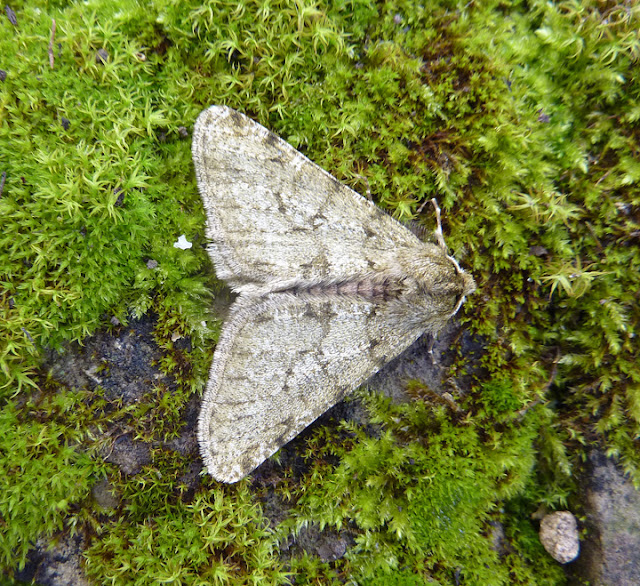 Last night the garden MV was switched on for the first time this year. In previous winters I have run it throughout January and February, accepting each blank as something to endure in my quest to record those few species that do fly when the nights are long and cold. As the years have rolled by my enthusiasm for these nil returns has faded somewhat. However, it was mild enough overnight to expect something in the trap, and so it proved to be, with two Pale Brindled Beauties (above) and a Light-brown Apple Moth - both species to be expected but welcome all the same.

While photographing the moths this morning in gloriously mild and sunny weather, the Stinking Hellebores were attracting a few insects to their flowers, with Buff-tailed Bumblebees (Bombus terrestris, below) and Western Honey Bees (Apis mellifera) being the most numerous. By early afternoon I was surprised not to have seen a butterfly. 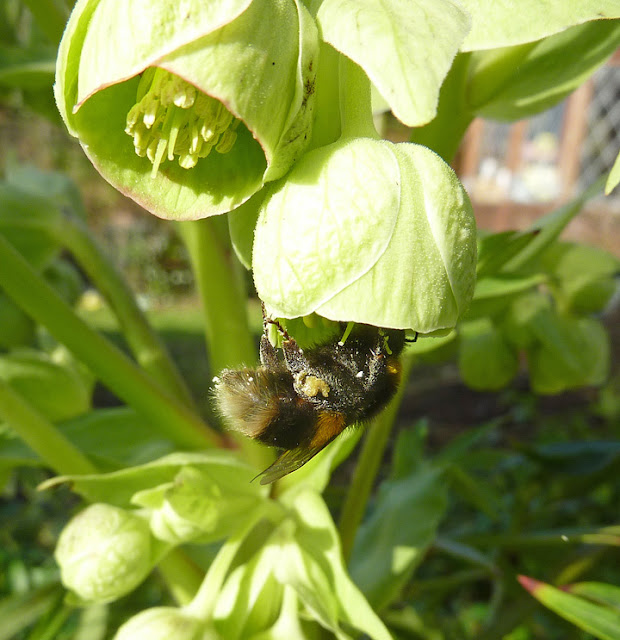 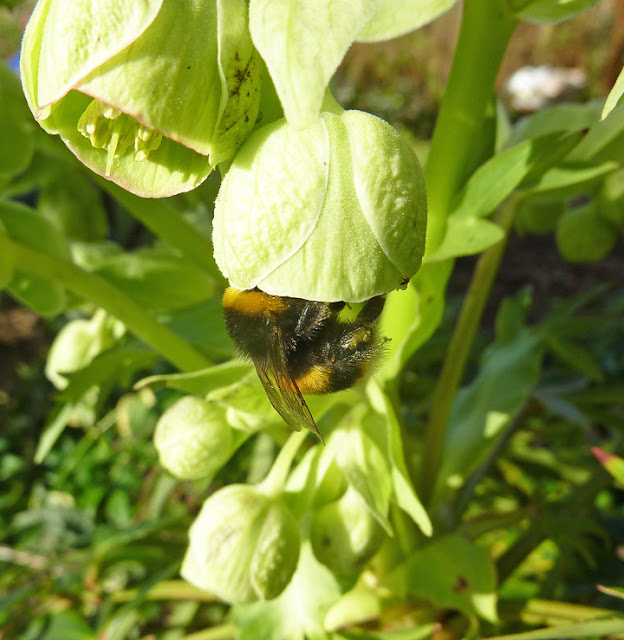 Gibster said…
I think it's just young queens that hibernate? Seems unlikely to be a worker this early in the season. Bees are one of my weak points though, so I could well be chatting out my backside.
17 February 2017 at 18:26

DorsetDipper said…
I don't think there are any bumble bees other than queens at the moment. There are no male bumblebees anywhere at the moment (in the northern hemisphere). Not one. They don't exist.
18 February 2017 at 21:15

DorsetDipper said…
it took me a while to understand the process from his book, and I may not be correct as there are always exceptions.

My understanding is the queen mates with a male at the end of the summer, then in spring starts the process of producing workers which are females her but due to the queen releasing a pheromone the workers cannot reproduce sexually and are smaller. The queen uses sperm from the now dead male to produce these workers. As the summer processes she turns off the pheromone and produces new queens, and then when she runs out of her store of sperm she produces males. (females have two chromosomes, one from the female and one from the male, but males only have one chromosome from the female).

So that's all very straightforward, but when cuckoo bees invade a nest and lay eggs, what do they lay? Do they produce females and males in one go? I've no idea and have not yet been able to find that out. Some more research required.
18 February 2017 at 22:56