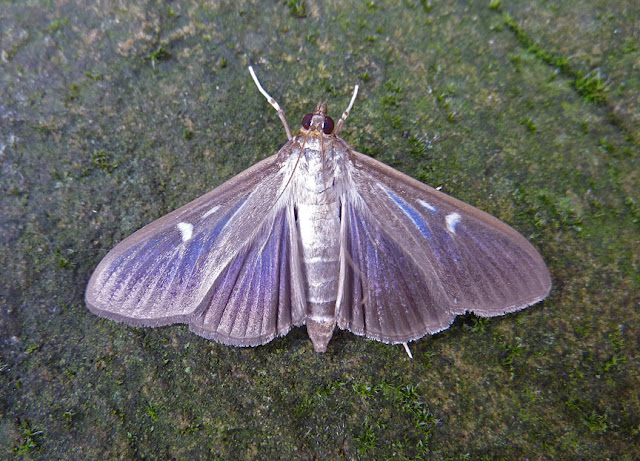 The Box-tree Moth (Cydalima perspectalis) comes in two colour forms, 'light' and 'dark', with the former being much the commoner. One of the latter turned up in the garden MV this morning (above), until now all five of my records have been of the former (below). 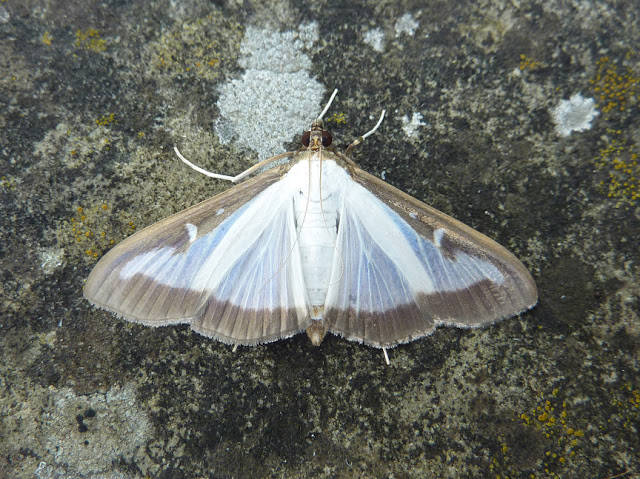 This pest of box is starting to get a worrying toe-hold in parts of SW London and northern Surrey, with one observer recording it in three figure numbers! In a vain attempt to protect the population of wild Box that exists only a few miles from me, I killed the first one that I trapped - it's too late for that now I fear...
at September 28, 2017

You killed it? What, as in squished it underfoot and left it for the ants type killing or you popped it lovingly and with painstaking care onto a pin? I feel your angst though, you love your plants and you love your insects too. Difficult to remain impassive and just let things be.

I put it in the freezer Seth. These moths are killing box hedging in gardens - imagine what they would do to the plants on the North Downs if they get there!

Sadly Steve, I suspect they will get there!

I sincerely hope not John. If they do, let's just hope that something keeps them in check.