This morning I met up with local botanist Peter Wakeham to partake in what amounted to a spot of plant 'twitching'. The farmland at Langley Vale had once again come up trumps, with two species of local (and national) rarity having recently been found by the eagle-eyes of Dennis Skinner. 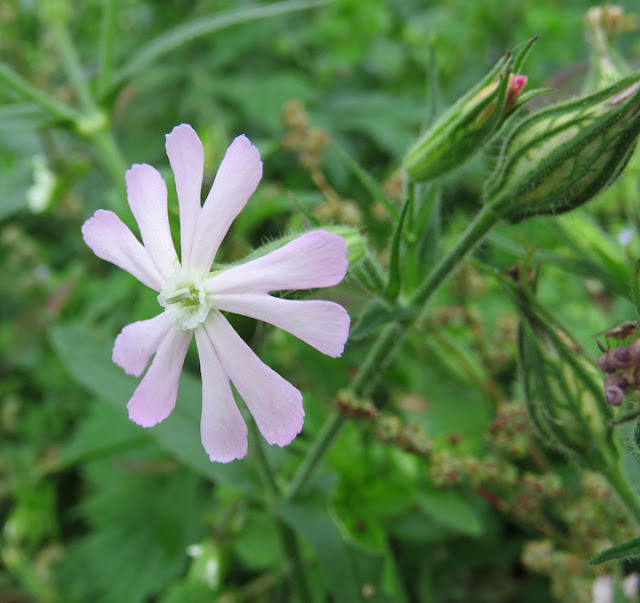 Before we made our way to these newly discovered gems, Peter showed me a couple of Night-flowering Catchfly plants that he had come across last week, in a field corner where they had not been seen before. They included one highly robust, fully-flowered specimen, that had a mixture of open and closed flowers. Both are pictured above. These flowers were also strongly pink, the Langley plants being normally coloured white. Our first target was nearby - a single statuesque Jersey Cudweed (below). Although a coloniser of 'nearby' London streets, how this individual made it to a chalky field on the Surrey downs is anybody's guess. 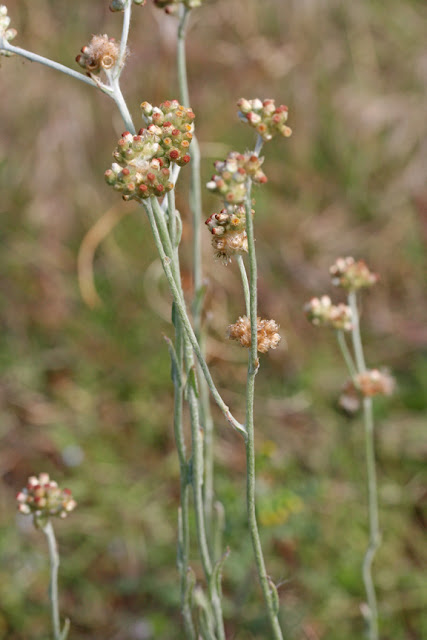 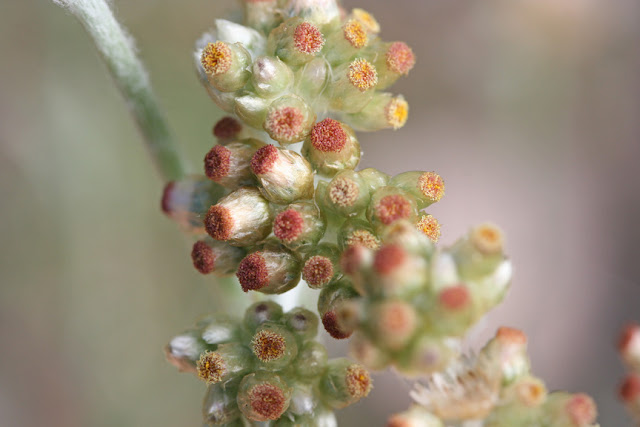 Ground-pine (below) is becoming exceedingly rare in England, and although Surrey is historically a stronghold, the county sites are being lost. A saving grace is that the buried seed can remain viable for years, and when exposed can flower - this is what may have happened at Langley Vale. It is a species on the area's historical list, so when Dennis found a single plant last week it was like welcoming back a 'lost' gem. Peter quickly found a second. Both were still there this morning. 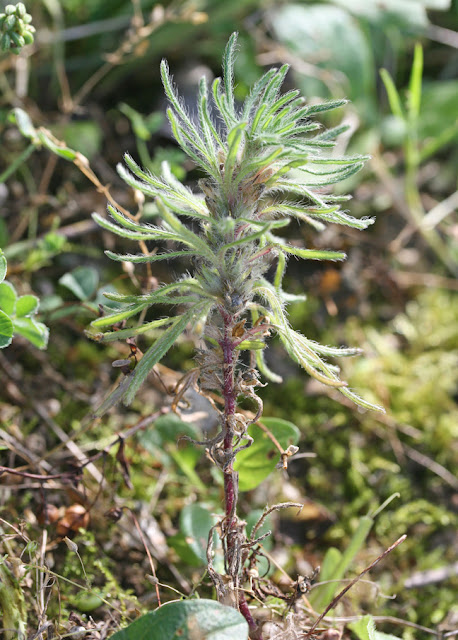 Other highlights from the morning included Thorn-apple (in fruit and seed) and Long-stalked Crane's-bill, both species which are shown below. It was also a pleasure to bump into not only Dennis, but also Rosy Jones. Langley Vale is a place of botanical wonder - there is still much to discover here. Our hope is that the Woodland Trust will be true to its promise of acting sympathetically and protectively towards the rare arable plants that are to be found on the land. 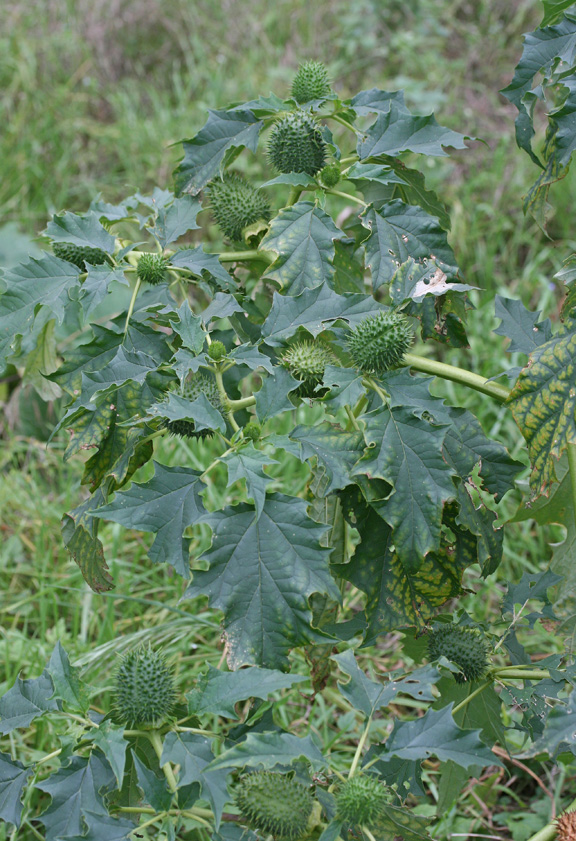 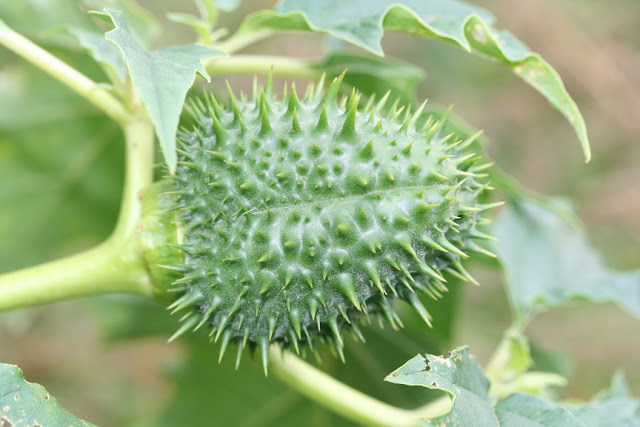 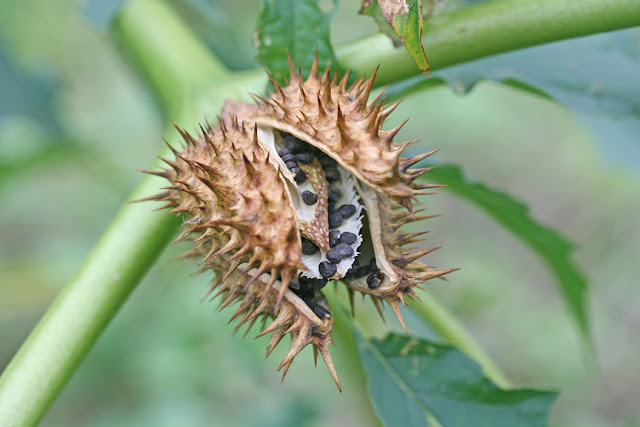 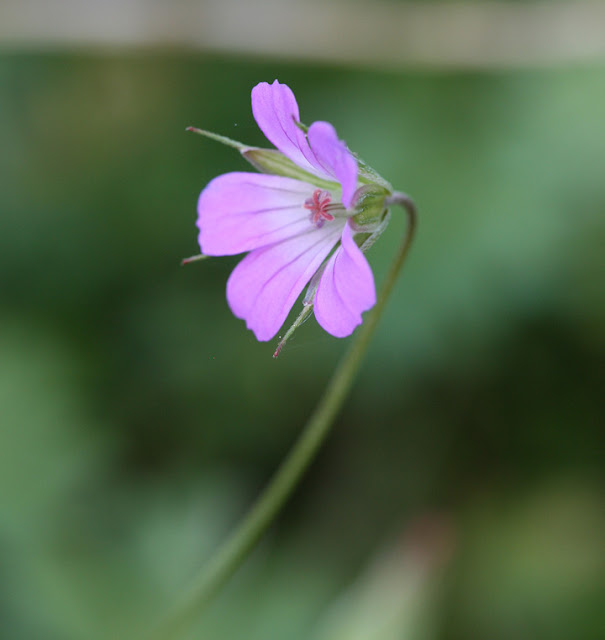 Lovely to have you back again, my dear botanical buddy.

What a magical place and nice to see somebody being cheered up by flowers and luckily something that doesn't involve a wall of people, tripods and cameras good on you.

I'm very lucky to have it close by Derek