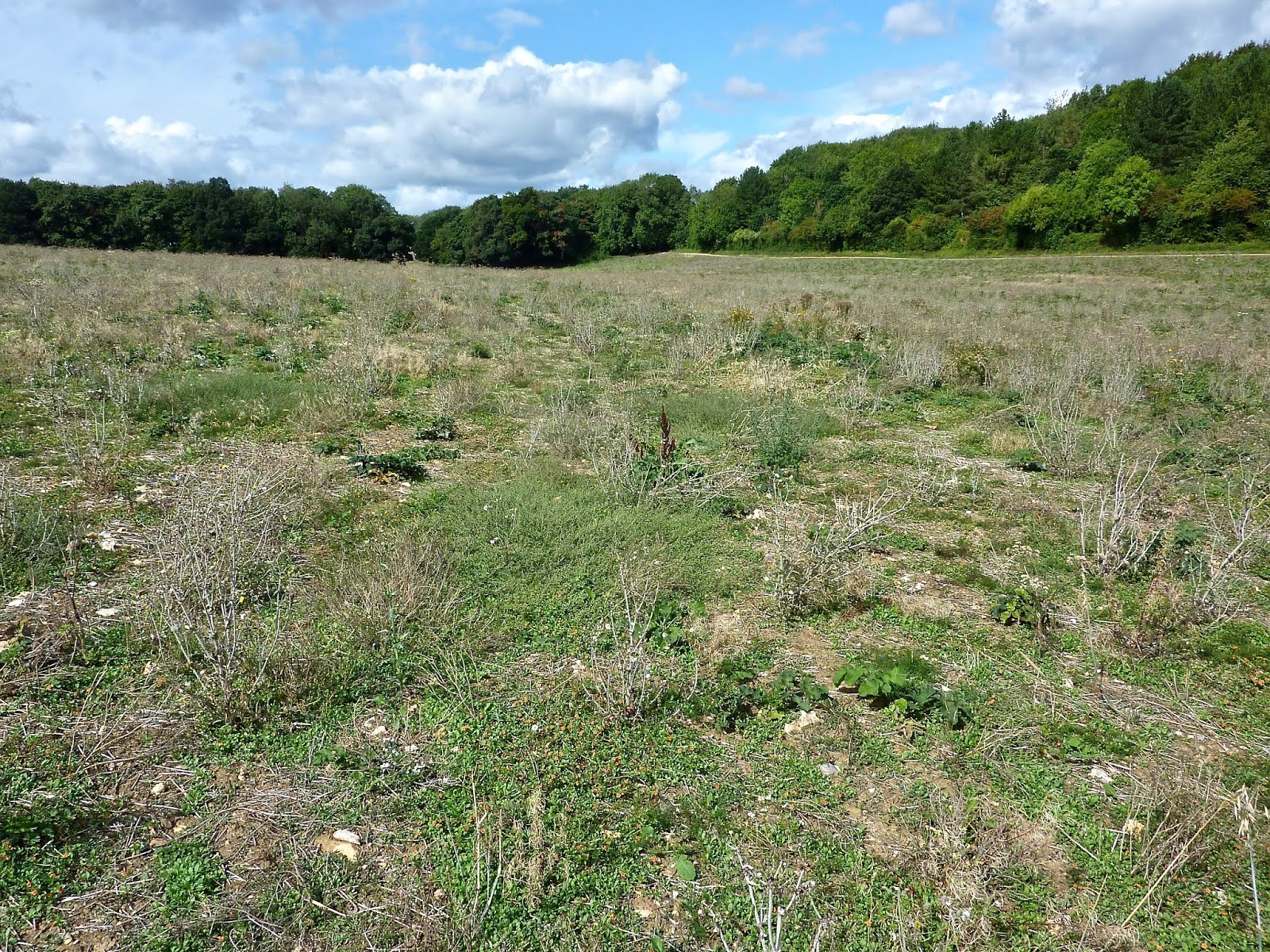 Pipit Meadow* is the rather twee name that has been given to a field in the 'greater' Canons Farm area, just north of Ruffett Wood and south of the housing in Holly Lane West. When I first knew of the area some twenty years ago it was a grassy field which was, shortly afterwards, ploughed and planted with crops. And then, maybe two years ago, the field was left alone and allowed to revert back to 'the wild', whatever that means in reality. As can be seen from the picture above, it has a patchy look to it, with bare areas offset by carpets of returning wildflower. Today I took a closer look.

I cannot claim that my 'look' was a thorough one. I spent an hour criss-crossing the field, which is at its highest in the south and drops before flattening out along the northern boundary. The northern half seems to be better for plants, and here the most obvious species is Scarlet Pimpernel, great carpets that must number in millions of flowers. Dotted amongst this are a number of 'arable' species that gives hope that the seed bank is well - Round-leaved Fluellen (below), masses of Black-bindweed, Dwarf Spurge, Sun Spurge, Field Pansy and a few plants of Cornfield Knotgrass. This latter species is not a common plant in my limited experience, but I've seen it already this year nearby at Langley Vale. Also recorded today were Redshank and Tomato. I'm hoping that local expert-botanist John Peacock may have some insight as to the flora that used to be recorded here. I will certainly be returning for another look in the hope that more hidden treasures will decide to pop up.

* A much better name would be Woodlark Meadow, as it was here that I found a flock of three feeding one October afternoon several years ago. 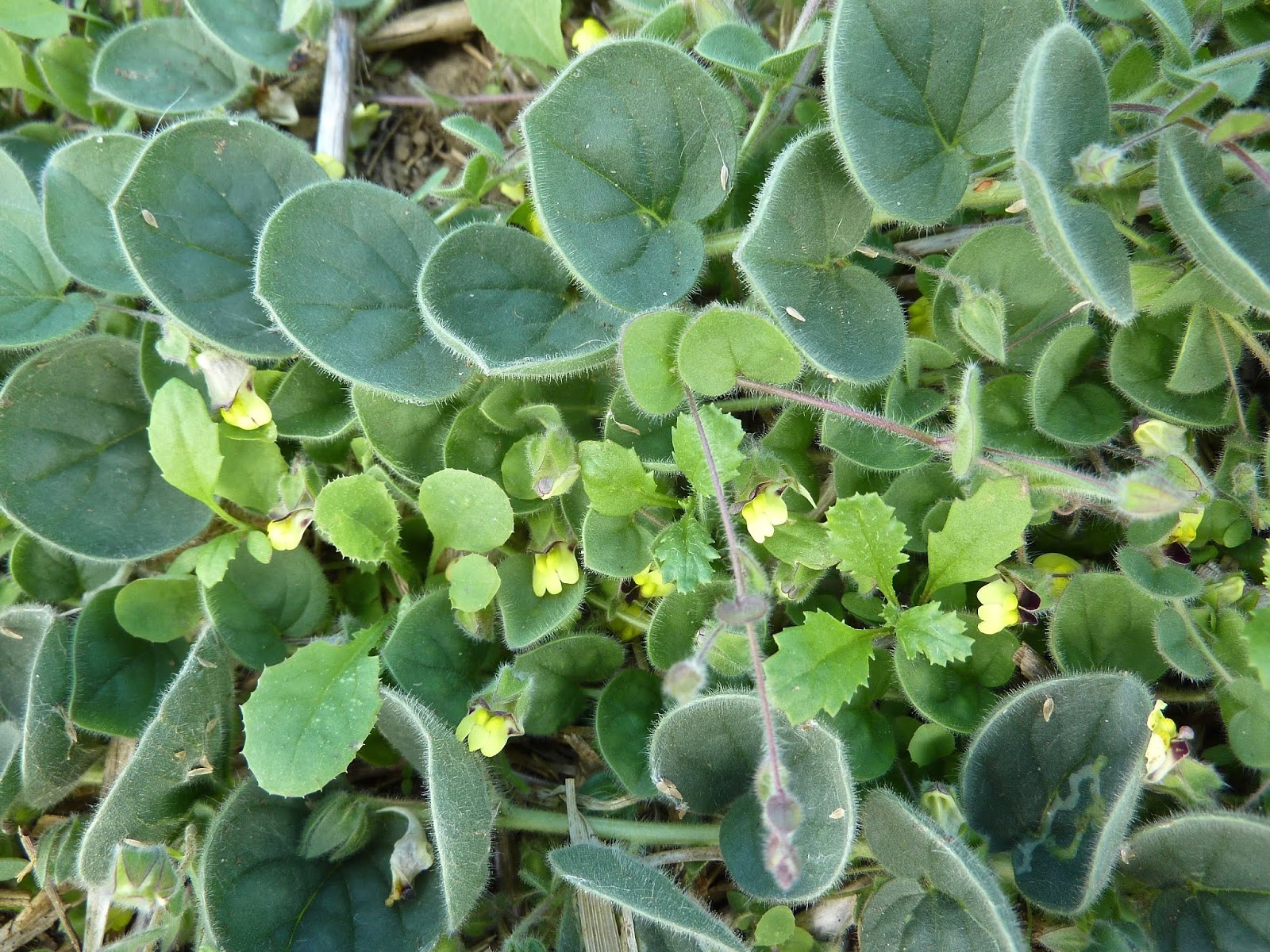 Simon Douglas Thompson said…
We have had a bit of a second spring here with the recent rain
24 August 2018 at 20:03