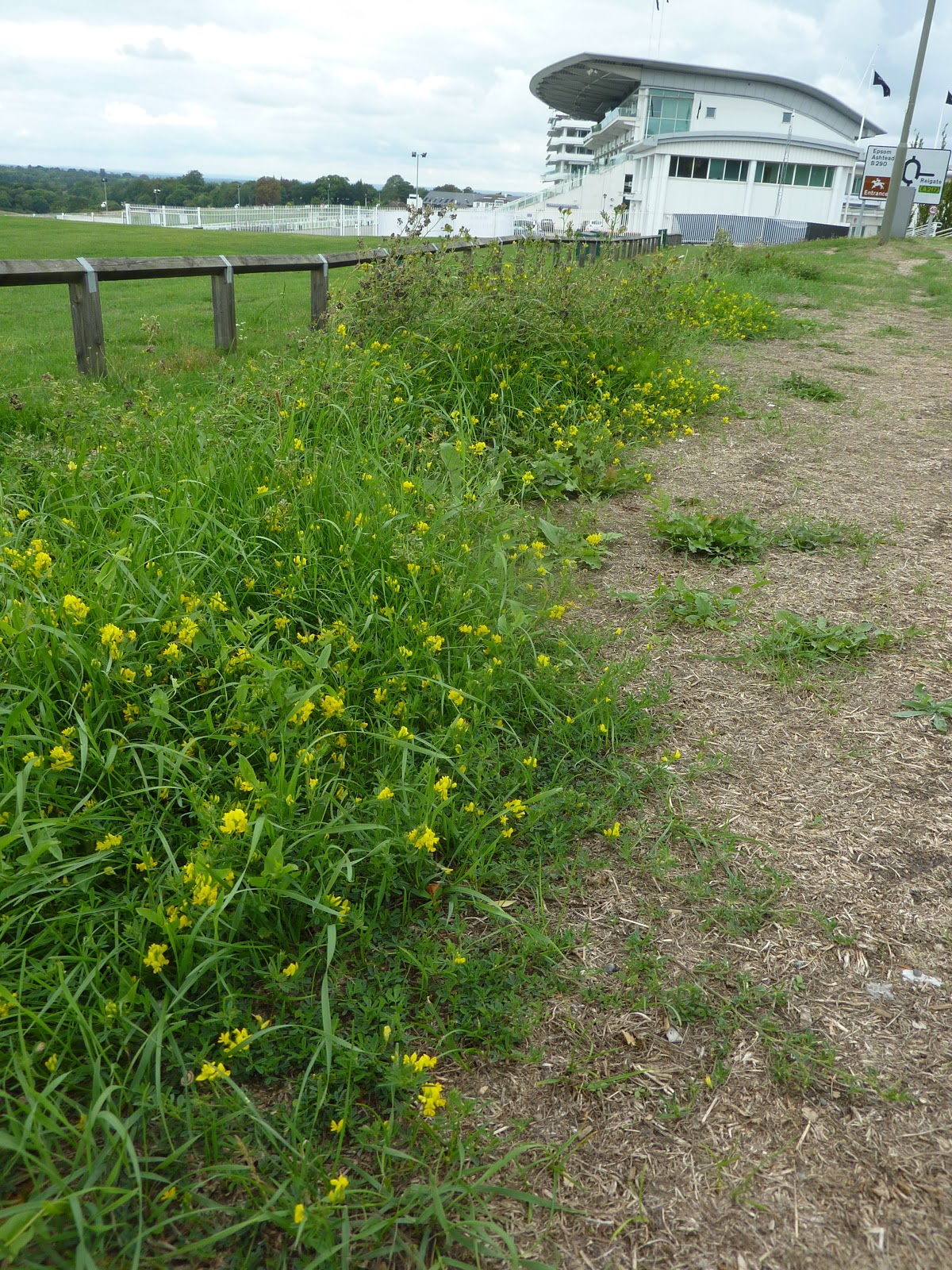 Sickle Medick (Medicago sativa ssp falcata) is a sub-species of the sativa family (the other two being Lucerne and Sand Medick). It is supposedly a native of East Anglia and can sparingly be found in a naturalised state in the south-east of England. This afternoon, after learning about a clump on nearby Epsom Downs, I went and took a look. As you can see from the image above, it is very close to the main grandstands - and, from the image below, also very close to the road! 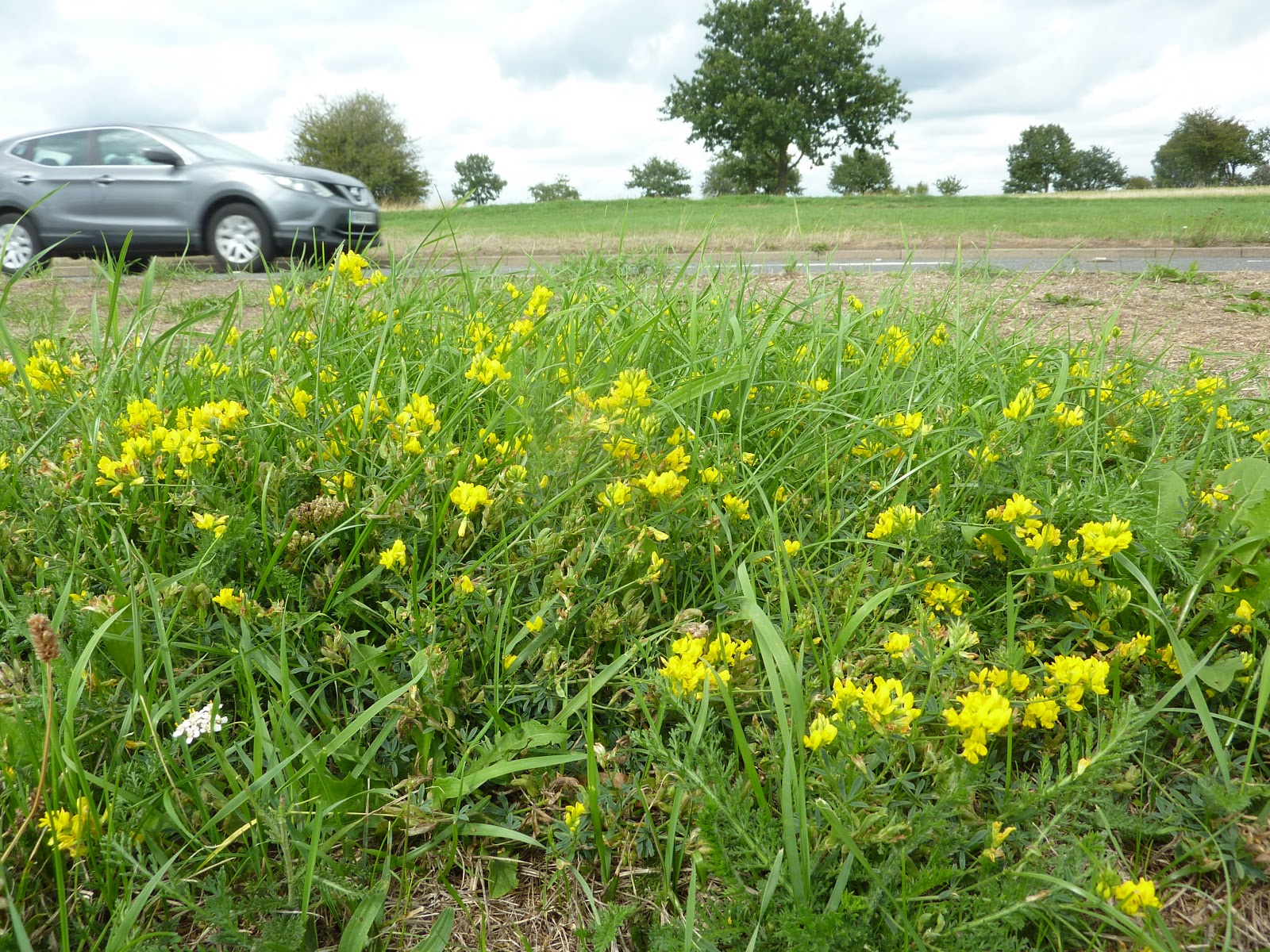 The colour of the flowers help to differentiate this species from Lucerne (which are purple). Sand Lucerne also can exhibit yellow flowers, but can also show a bewildering palette, including a dense blue that is almost black! It is then that you need to check the fruits: on Sickle Medick they are curved (below) rather than spiralled. I have since been informed by a far more experienced and knowledgable botanist than I that this is, in fact, Sand Lucerne (varia). And now the suggestion is that Sickle Medick (falcata) is present too. 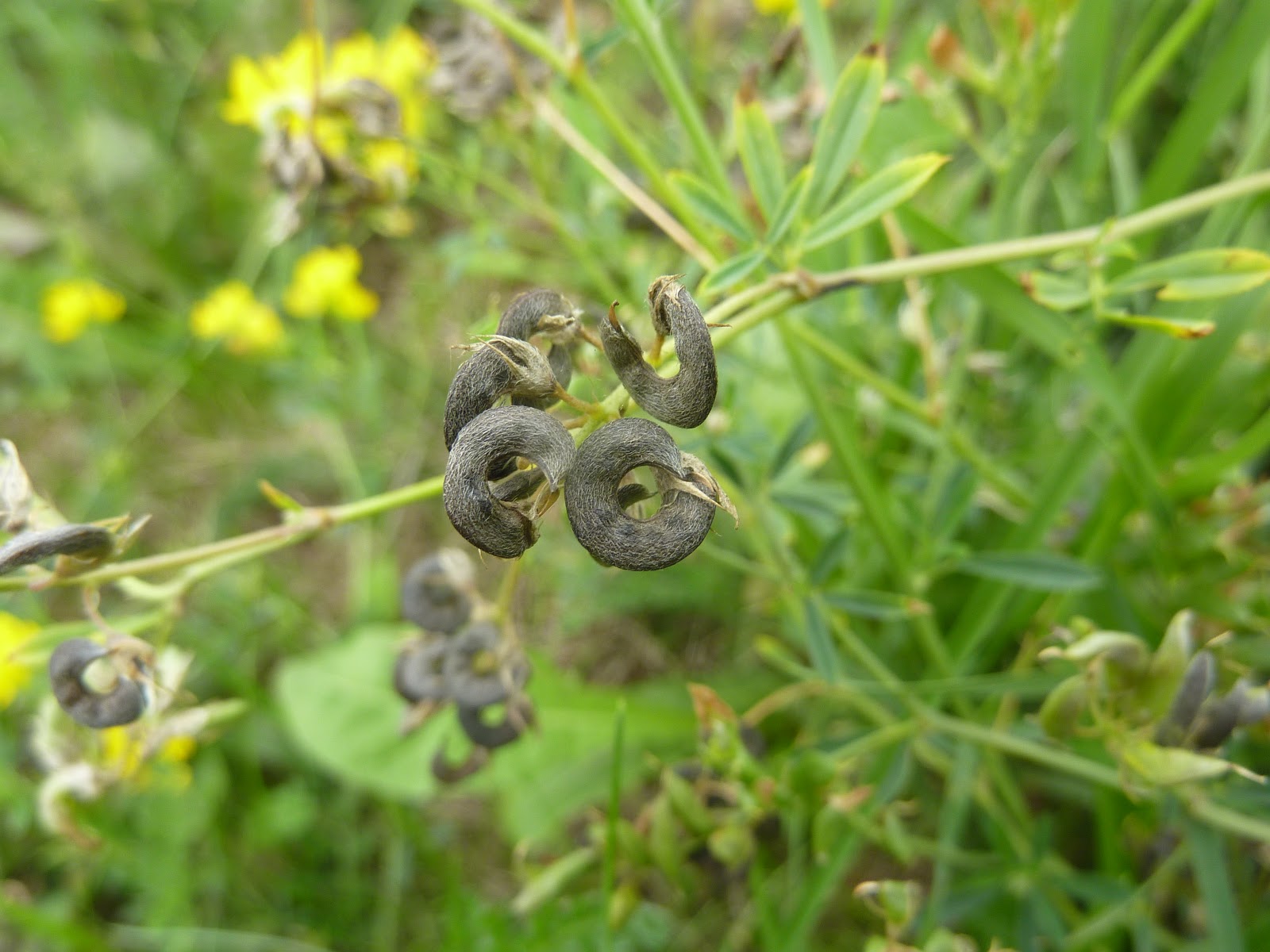 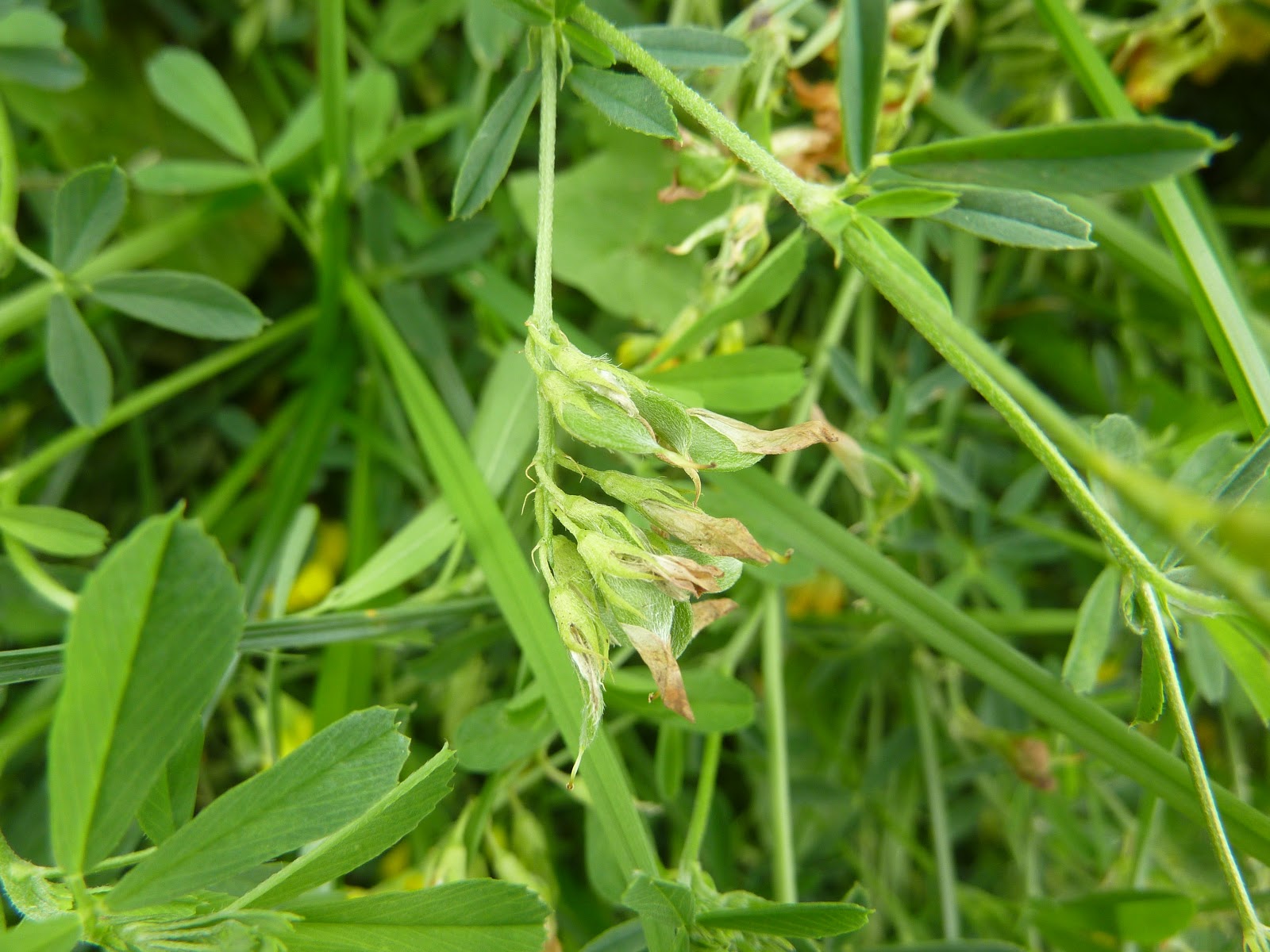 There is quite a bit of Lucerne elsewhere on Epsom Downs, but this is the first time that I have seen Sand Lucerne and Sickle Medick in Surrey. I have passed the site many times and have obviously overlooked it. The area has a recent history of soil disturbance, so no doubt the plant came in via a works vehicle while tarmac was being laid or fencing erected. 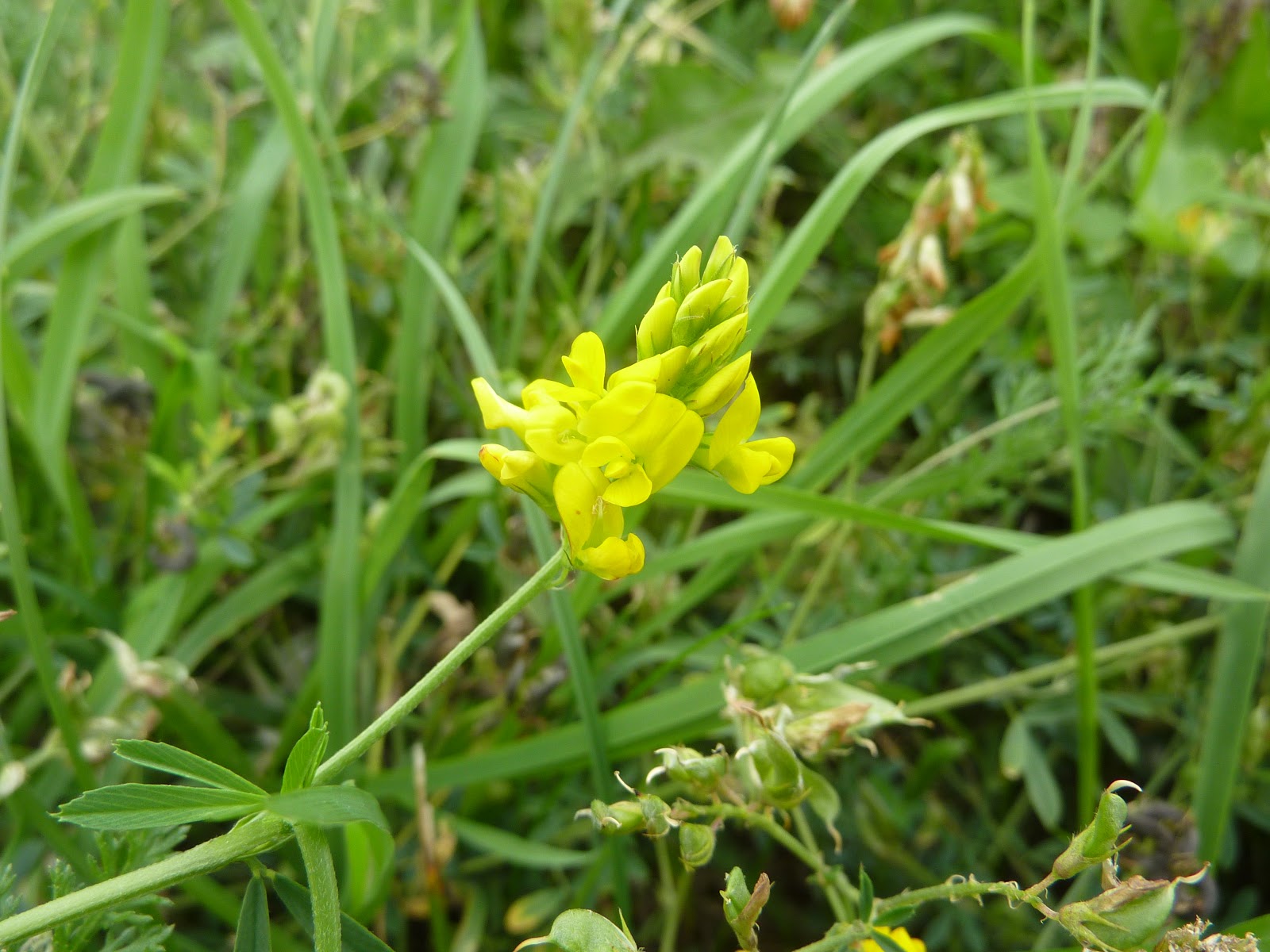