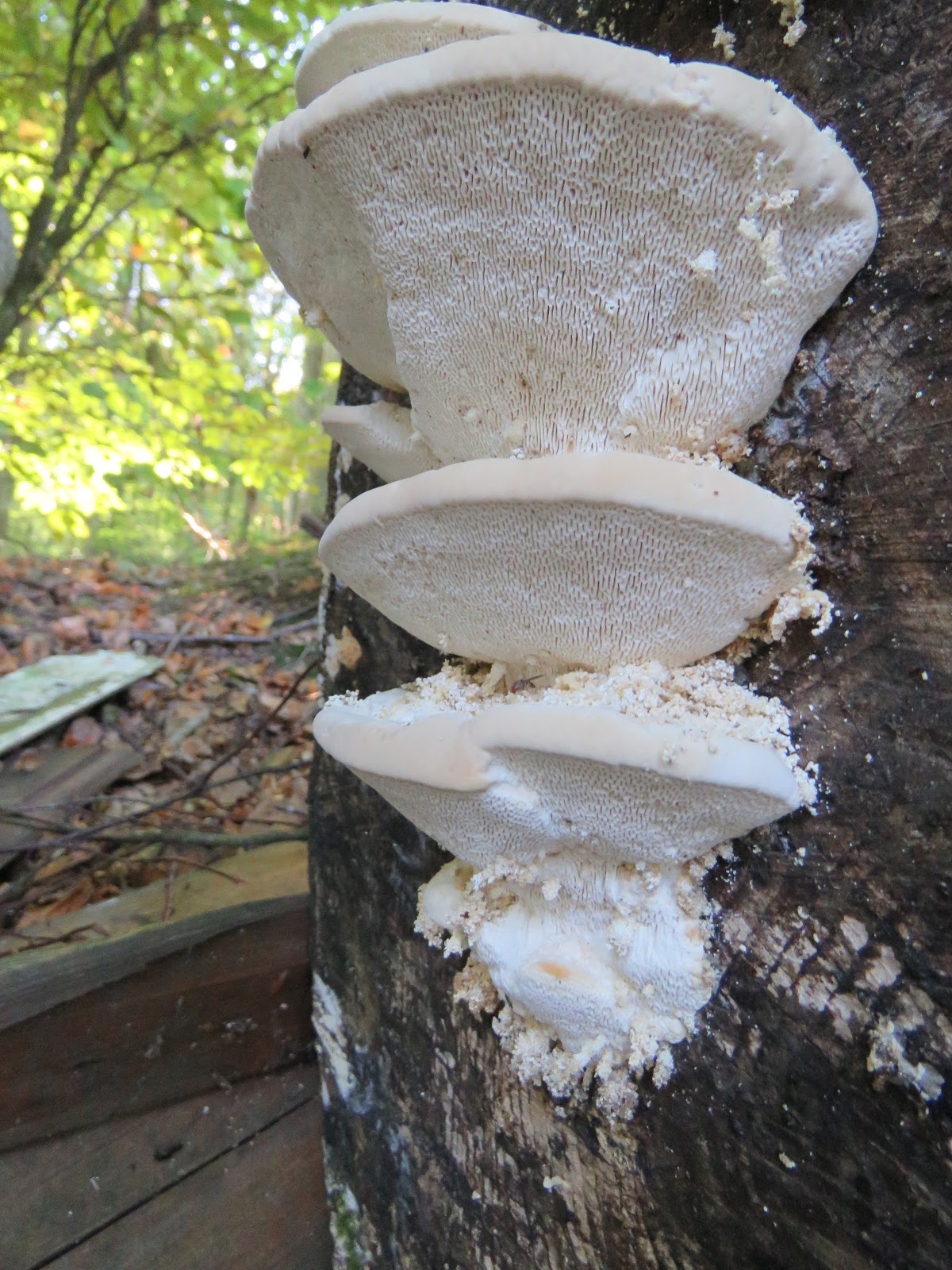 A few years ago I had but the one guide to the fungi of the UK. I knew very little about fungi, but this book was well laid out and even broke the species up into habitat, so that if my fungi was growing in broad-leaved woodland then all I had to do was turn to that particular section and match up my specimen. Simple. Er, no...

The more I got 'into' them the more books I bought. With each subsequent purchase the more detailed was the publication. More detailed meant more species. More species meant that what I thought was a straightforward identification became anything but. It seemed to me that for every 'easy-to-do' mushroom there were, in fact, several look-a-likes. And these might need spore prints, chemical testing, sniffing and/or tasting to be absolutely sure. And then the taxonomists starting splitting. And splitting. And splitting. My original 250 species to be concerned about now numbers in the thousands.

What did I learn? Well, the more I looked at them, the less I knew. They are wonderful organisms, full of mystery, wonder and aesthetically pleasing. I sort of backed away from them but do still take the odd photo when one looks interesting. Take the image above, from Effingham Forest last week. I've only just looked at it to try and identify it. I reckon it might be Spongy Mazegill (Spongipellis delectans) but that would be a significant record, so it most probably isn't. I've just applied to join the British Mycological Society Facebook Group, where I will post the image in the hope that I can be put out of my misery. I will most probably be told it is one of twenty look-a-likes that need microscopic examination, but only during full moons in leap years...

Stop Press: It has been identified by a kind soul on Facebook as Lumpy Bracket. These organisms all look the same to me!
fungi Mushrooms