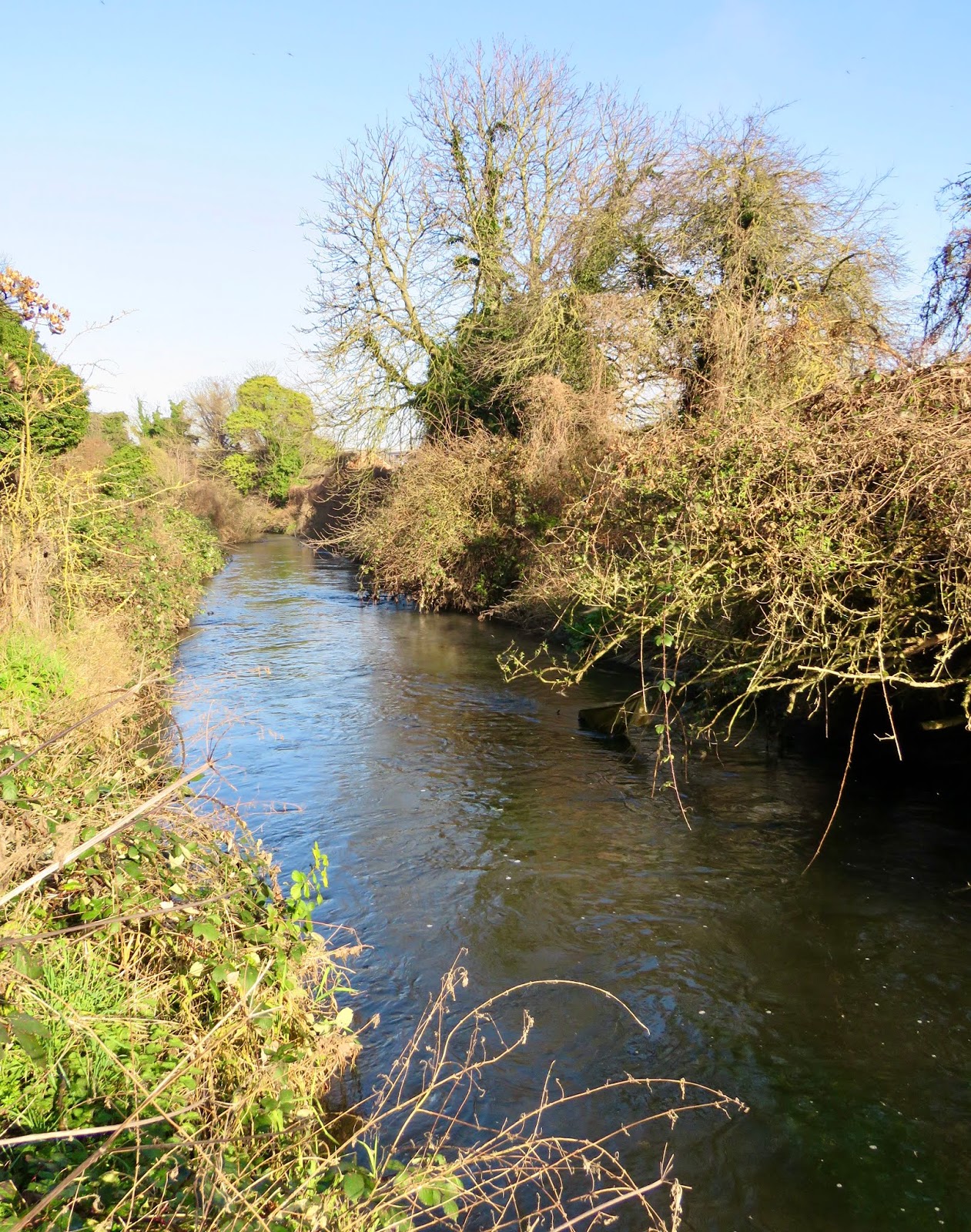 The River Wandle is a short and narrow watercourse that flows through north Surrey/south London and ends up joining the Thames at Wandsworth. The river's natural history has happily been recorded over many years, with the water in largely in rude health, meaning that any visit is likely to produce observations of note. It is not a place that I often frequent, but news of a rather special gathering of warblers had me hot-footing it over there this morning. 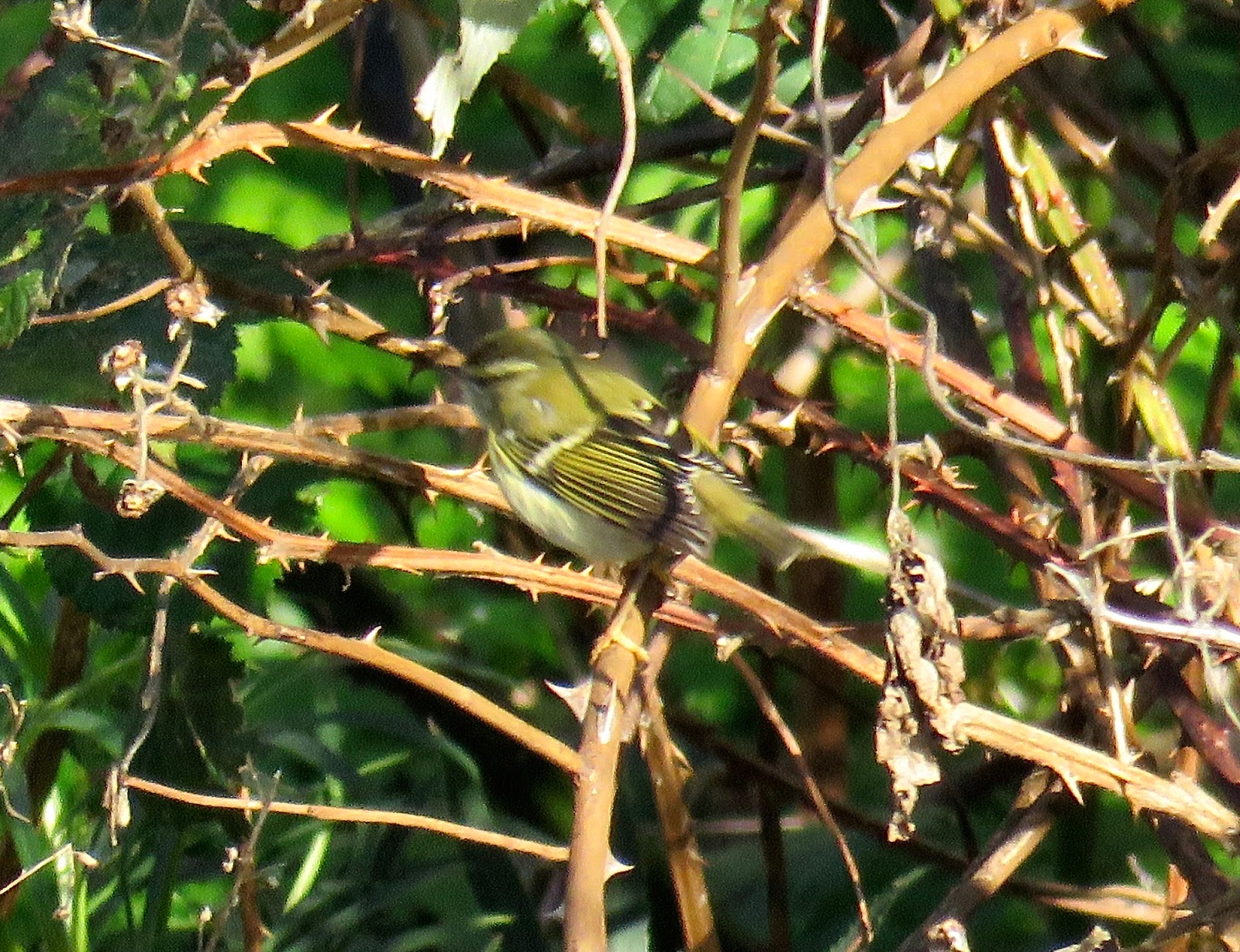 Within the boundary of Poulter's Park, on the Mitcham border, the riverside footpath passes an area of light industry. This has resulted in an undisturbed bank-side, a micro-climate heated by the industrial units and a copious number of small insects readily available for any insectivorous bird that fancies a feast. It is in this area that a loose flock of warblers has assembled. Star of the show is a Yellow-browed Warbler (left), now having been present for several days, which played a game of hide-and-seek throughout my three hour visit. My bridge camera was never going capture its magnificence, and so it proved - 'record shot my arse' springs to mind. When the bird decided to show itself it would go on a circuit that took in various heights, from low brambles to the top of a bare oak tree, never playing ball with the small audience of birders, always keeping us on our toes. Far more obliging were the two Siberian (tristis) Chiffchaffs (bottom) that, at times, sat up motionless in view (albeit on the other side of the river). There is something not unlike a Spotted Flycatcher in their colouration. With them were a minimum of 10 collybita Chiffchaffs, always on view, flicking in and out, on hand to compare with their rarer brethren. There were a further five along the trail, with at least three birds breaking into song. To complete this warbler-fest were single Cetti's Warbler and Blackcap.

The river was also playing host to a Little Grebe, four Teal, three Gadwall and two Grey Wagtail. I wandered along as far as The Watermeads. I hadn't been here for over forty years. The clear water was, in places, covered with the alien Floating Pennywort (below). This is no doubt raked out on a regular basis. 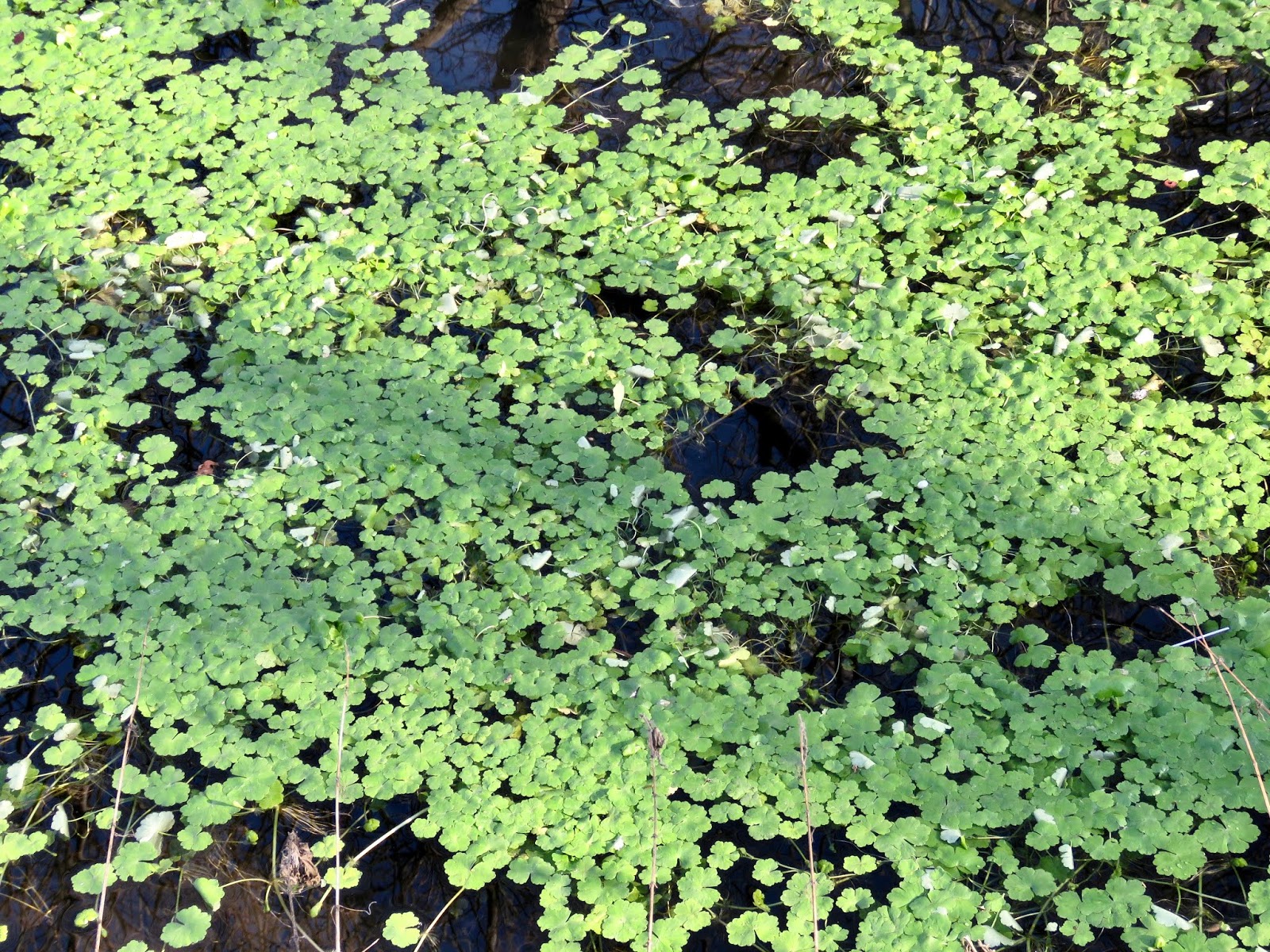 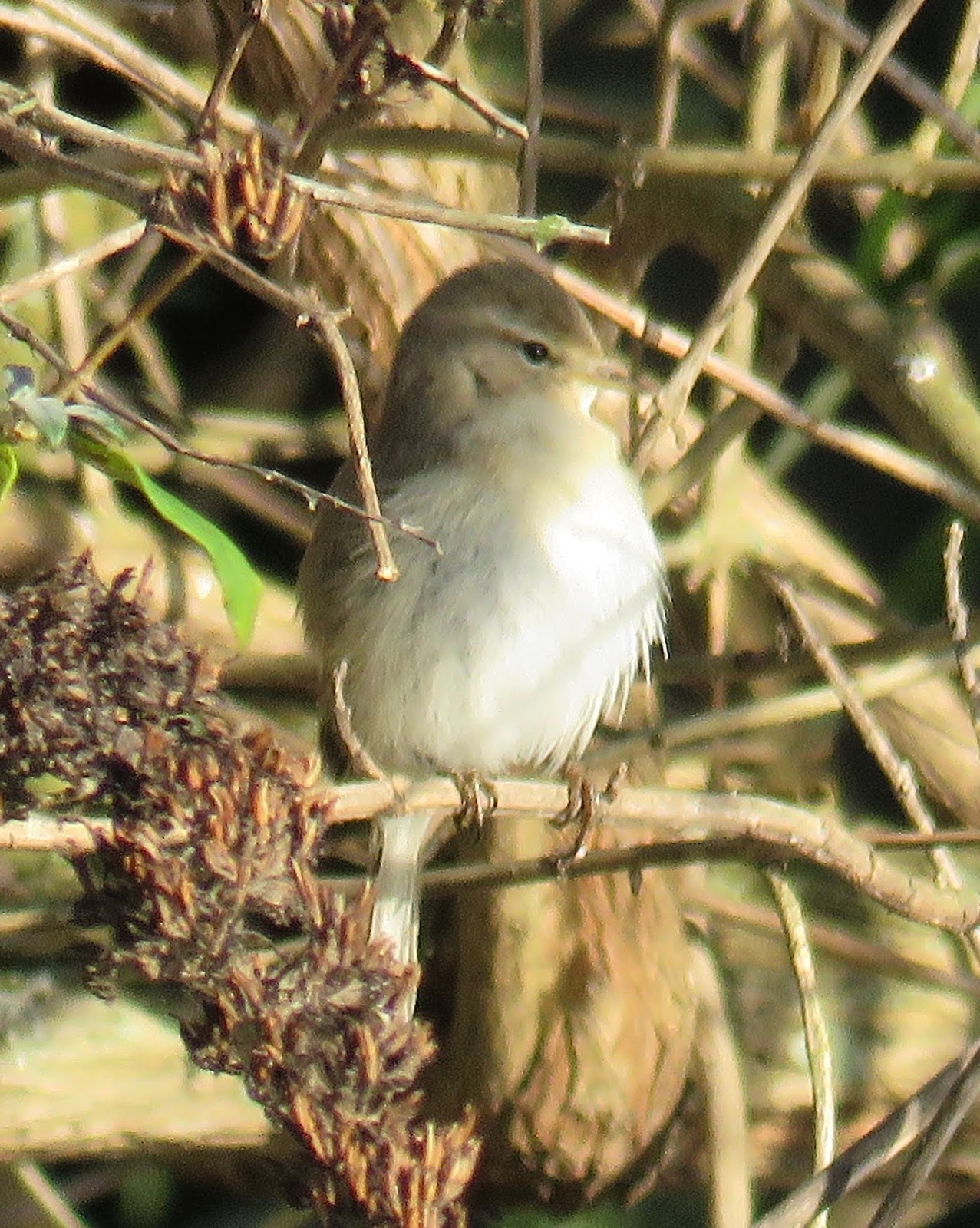