March 03, 2020
The Canons Farm Linnet flock is not the easiest group of birds to count. They rarely combine together and prefer to feed in smaller groups spread across several adjacent fields, but every so often they do meet up and wheel across the skyline before breaking up once more. Such a ball of activity calls for snap judgement of numbers present - it is far easier to count the smaller aggregations, and as long as you keep your wits about you and do not double-count, add those figures up to get a (fairly) accurate count. Sometimes they do the right thing...

Yesterday afternoon the birds came together over Tarts Field, and whereas 150 peeled away and landed back on the stubble, the rest landed in a nearby tree. I took a picture of this gathering and then started to count the perched birds, but I was stymied by a continual procession of small flocks peeling off and disappearing into neighbouring fields. How many were there? I reckoned at least 200, maybe even 250. Don't cheat, what do you reckon? 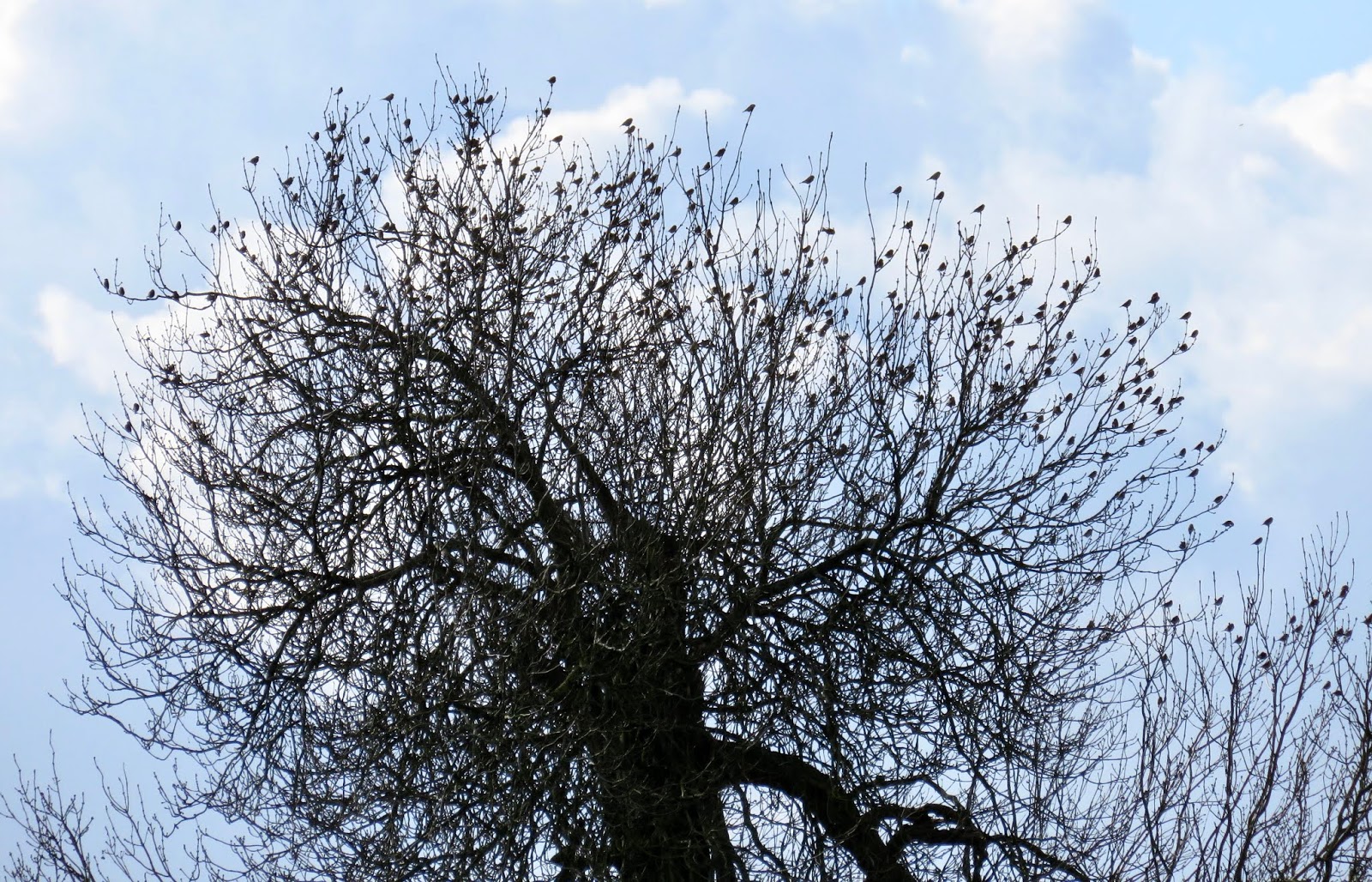 This morning I put the image on a computer screen and methodically counted them, placing a colour square on each bird so as not to double-count. Each group of 100 were given a different colour. Some squares are on top of each other and cannot be seen as individual squares. The final number? 426. 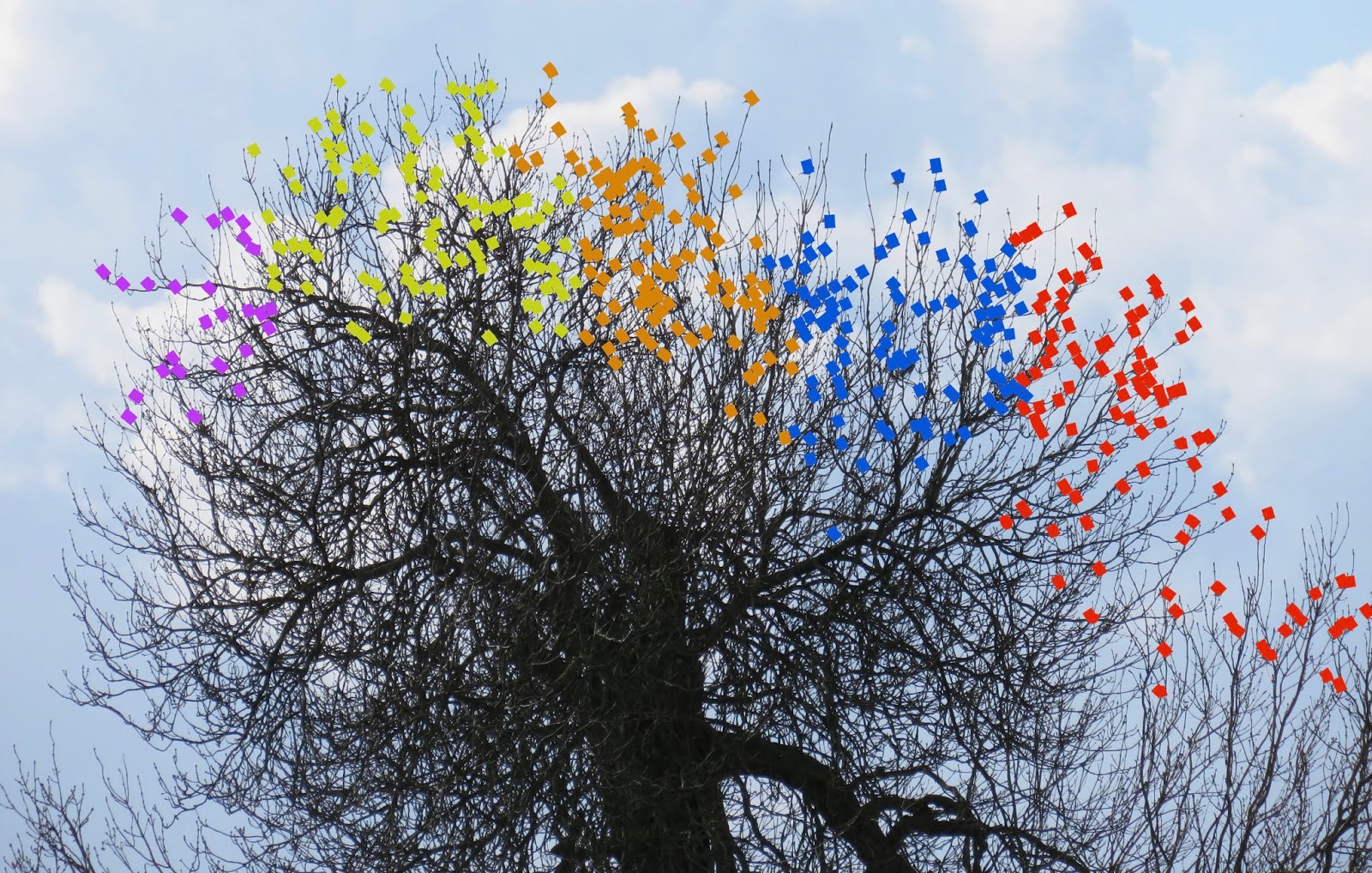 426 must be a minimum as there will surely be hidden birds (behind other birds or branches). My overall count of 500 from yesterday now becomes a minimum of 575. They will soon break up, so I might be tempted back to have another count.

In other news: Spring migration felt as if it had really started on the farm yesterday, with a second calendar-year male Black Redstart and three Stonechats consorting together along the fence line at Reeds Rest Bottom, the former a dusky female-type plumaged bird exhibiting an obvious wing panel.
Canons Farm Linnets

Dave Boyle said…
There's a count function in photoshop - you just click & it numbers what you click on & you can have different criteria of things you count, I've used it a lot for Black-billed Gulls where you're counting nests & individuals - its really handy!