An audience with an eagle

I spent the day wandering along the South Downs footpaths between Chantry Post, Kithurst Hill and The Burgh. Beautiful weather, plenty to look at (including Grey Partridges and Corn Buntings, both missing in action from Surrey) with a scattering of Wheatears. But it was a raptor which stole the show. There have been two of the Isle of Wight White-tailed Eagles hanging around the area, so I was certainly on the look out, but the manner in which I bumped into one of them was unexpected. Coming across a picturesque scene, at the mouth of a rolling valley, I wandered along the bottom to get a better photographic composition when I was aware of a strange 'haystack' not 100m from me. I lifted the binoculars, thinking to myself that it would be good if it were an eagle, and this came into focus: 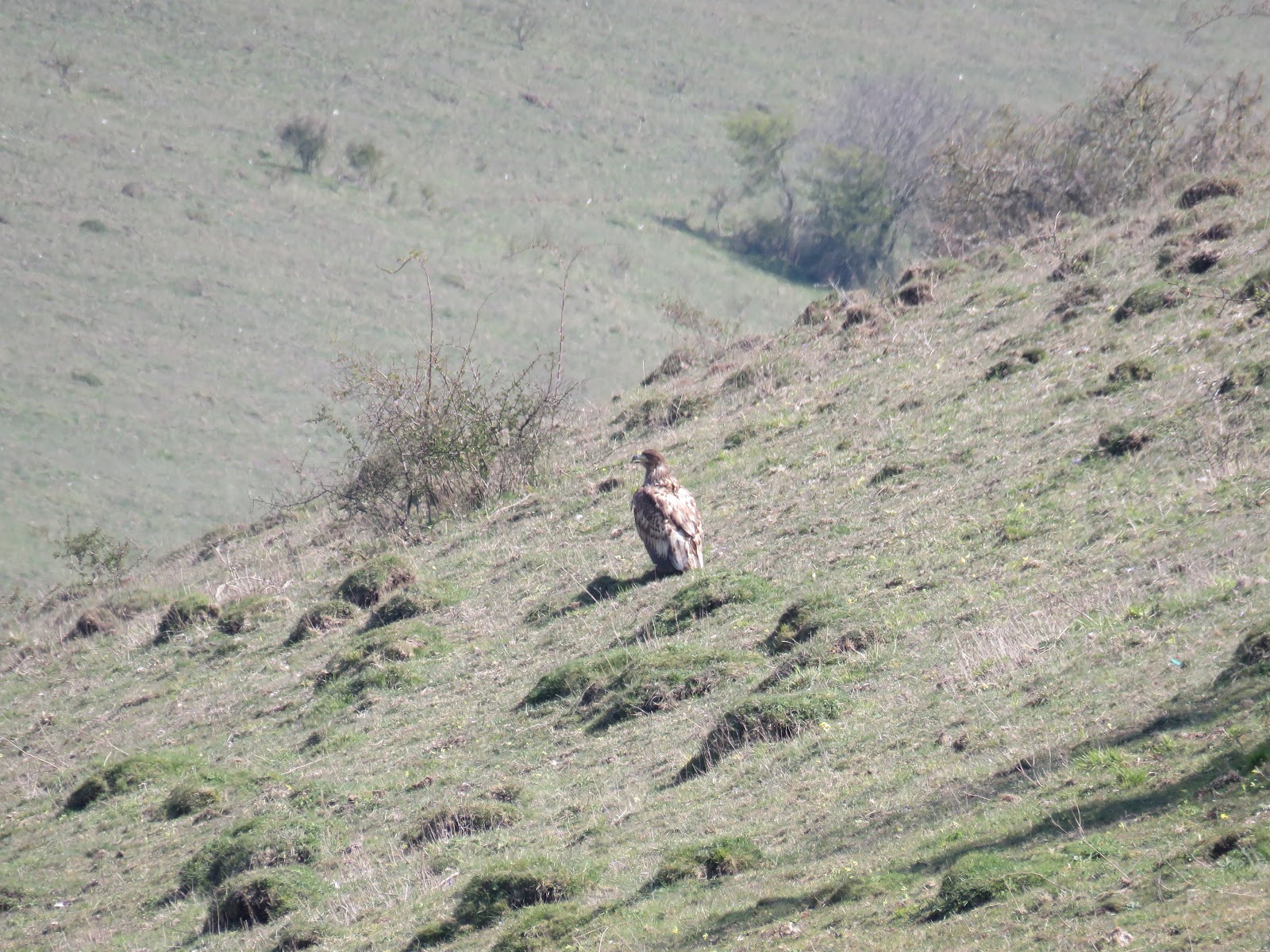 After watching it for several minutes the bird flapped lazily away and alighted on a nearby tree. I was able to take some video, through the heat haze. An hour later it was circling above the valley, only to alight in the middle of an open field.

Email ThisBlogThis!Share to TwitterShare to FacebookShare to Pinterest
Labels: The Burgh, White-tailed Eagle

Good grief, that thing looks bleached to hell! Must be all that sunshine you get down south, they look a lot darker up here (though that could just be due to the omnipresent rainclouds, of course). Lumpy ol' birds ain't they! :)

It was a memorable encounter Seth, that’s for sure.

What a shock! Hopefully once established that might become a commoner event for you Steve.

Maybe over my garden, although that won't impress you Stewart...

You'll get one before I get another thats for sure...

Wow! What amazing videos of a terrific bird...