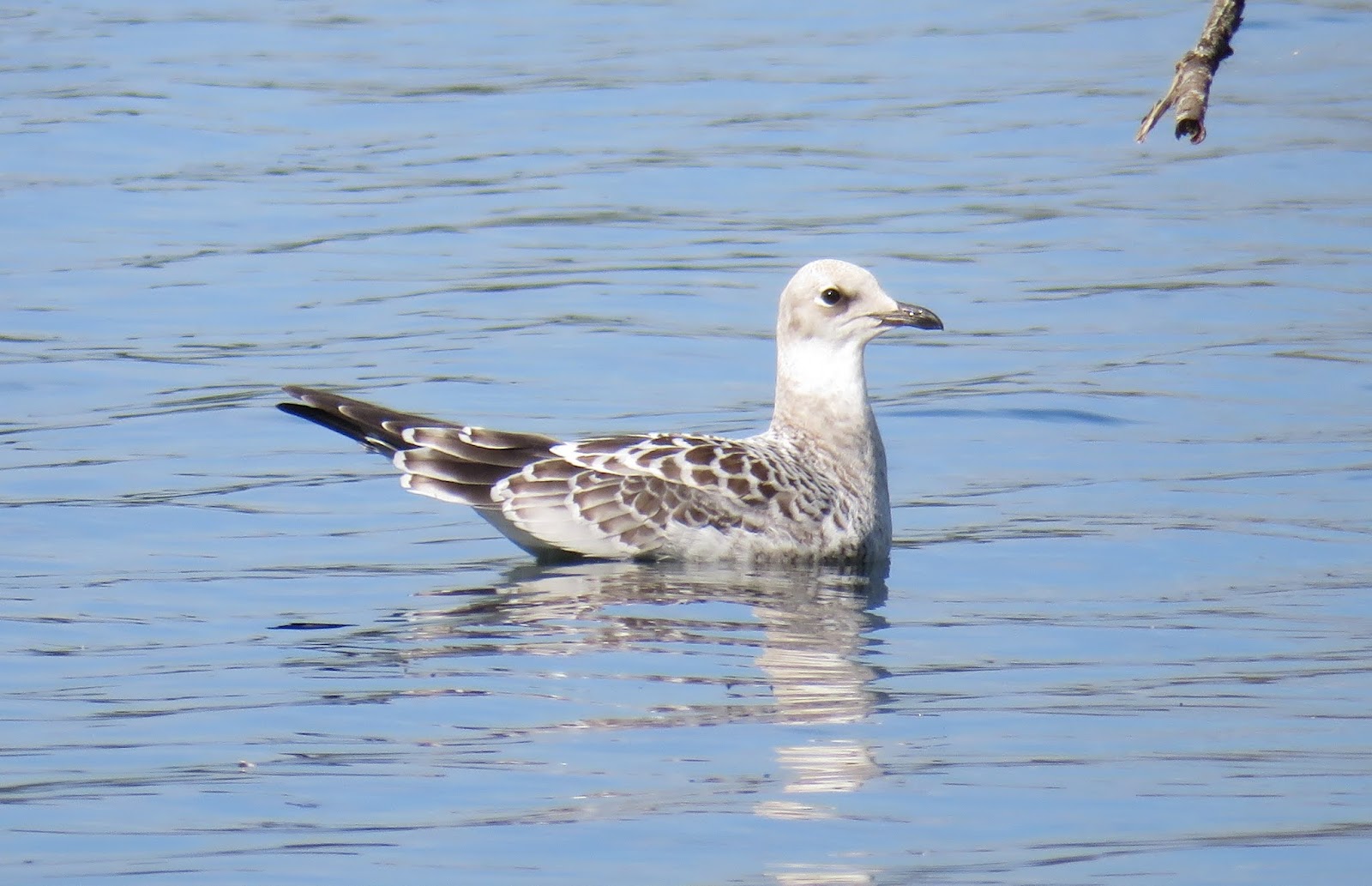 After several days of uncomfortably hot temperatures, it was back to just having to endure a moderately 'hot' day, with the added bonus of a moderate easterly breeze. Yesterday afternoon, Gordon Hay took on the role as a 'Mad dog' or an 'Englishman' by going out to Holmethorpe in the midday sun, and finding a Lesser Emperor, a species of Odonata that we both thought long overdue at the sand pits. This morning, I tried to emulate him. On arrival there was not an awful lot yet on the wing, so I walked along the northern side of Mercer's Lake and kept one eye on the water's edge for any dragonfly action. A few were flying as I reached the north-eastern corner, so edged down to be closer - Black-tailed Skimmers and Emperor Dragonflies, with a few Common Blue Damselflies for company. A fallen tree, partially submerged and only 25m from where I stood, was acting as a perch for a number of Black-headed Gulls. I idly scanned them, realising that in the water alongside was a juvenile Mediterranean Gull (above) - I do believe that this is the first juvenile that I have seen in Surrey.

I didn't locate the Lesser Emperor, although I was pleased to find a good stand of Small Cudweed, a plant I first found on site over 20 years ago, but thought had gone. Also of note was this Pickerelweed, growing in the pond at Nutfield Marsh. 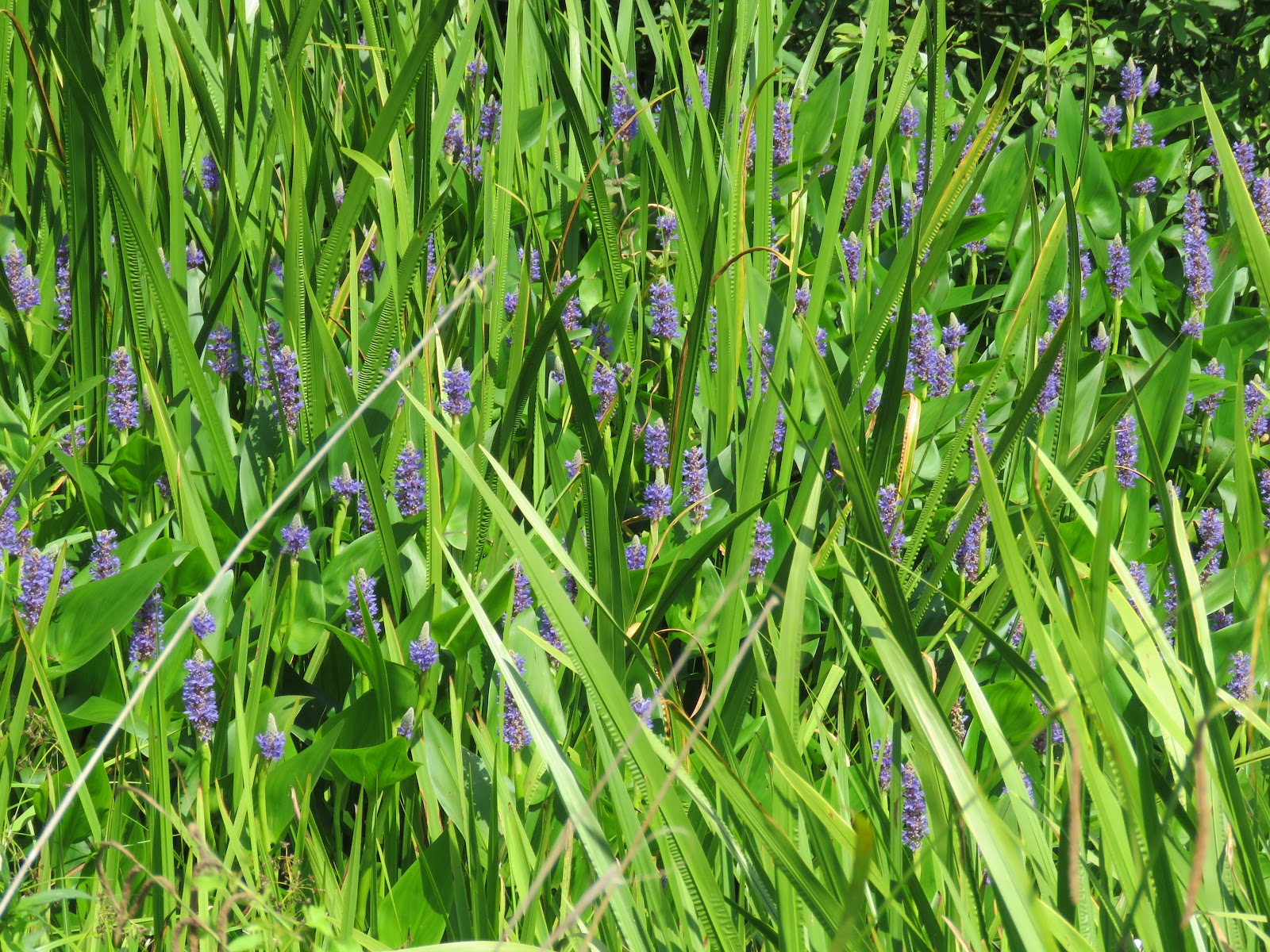 Gavin Haig said…
I cannot let a ND&B post about [mostly] gulls pass without comment! Amazing that you've seen a juv Med in Surrey before I've seen one in Dorset, which probably means I need to start looking harder. Birding-wise, Mediterranean Gull is one of the success stories of our era, and it couldn't have happened to a nicer gull. Even the juvs are gorgeous. Lovely stuff! 😊👍

I liked your blog's new stripped-down look, but I do badly miss your list of links to fellow bloggers, a feature I made use of all the time to dip in to the broader spectrum of Nat Hist.
24 July 2021 at 12:15

Steve Gale said…
The link to other blogs is there Gav, on the left hand side above the blog header, accessed by clicking on the three parallel lines. Very surprised you haven’t had a Dorset juv Med yet, although no doubt you used to see plenty of them in Devon.
24 July 2021 at 12:55