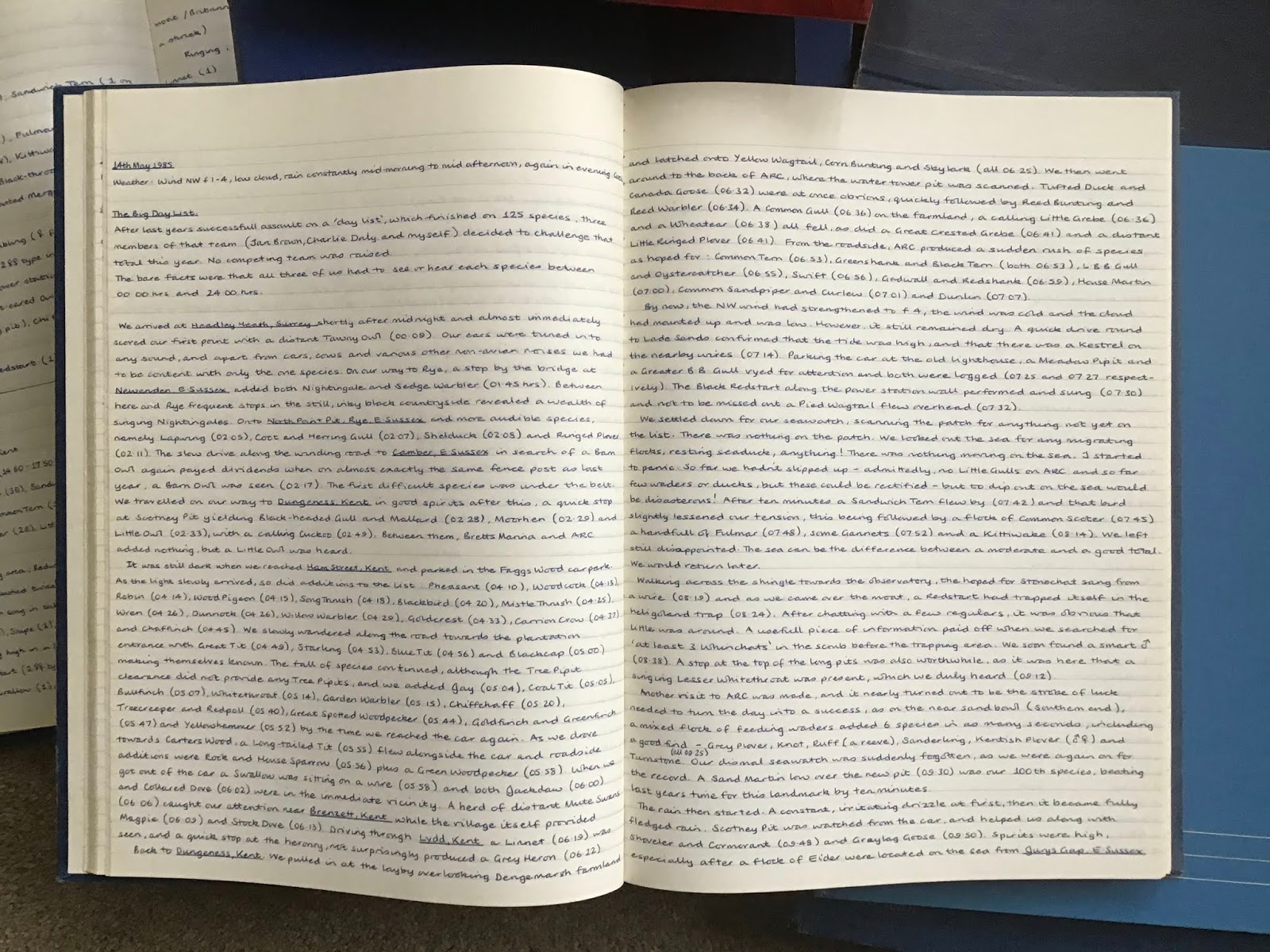 If you are a regular visitor to ND&B you will be aware that I have recently written a lengthy account of my formative years birding during the 1970s (you can download it by visiting the rather grandly named 'ND&B Publications' tab above this post and underneath the blog header.) I was only able to bring together such a detailed account because, at the time of the observations, I had written at length about them and kept all of my notebooks. There were some memories strong enough to not have needed a written history to refer to, but many more that did.

I have been heartened to have received a positive feedback to the project, and what with the enjoyment that I took from producing it, have started on the next one - based on my 1980s birding experience. I started to look through my notebooks from that period of time and found out something troubling - my enthusiasm for narrative and description was, at times, deserted in the mid-1980s. It wasn't completely abandoned, as particularly good days still get a lavish write-up, but sometimes all that I had committed to paper was a list of counts. If I attempt the 1990s and 2000s then I will be relying on the memory banks big time.

A swapping of messages with Gavin Haig this afternoon got me admitting that, in some ways, blogging has saved my 'notebook narrative'. I suppose that this is down to writing for an audience (however pompous that sounds). You just write for yourself in a notebook, there is nobody to try and impress or entertain. For example, all of the time during the winter of 2017-18 that I was hunting for Hawfinches, this blog hosted thousands of words that I wrote about the experience, whereas my notebook is just a list of dates, places and numbers. (You can download these extended memories, handily bundled together, by going to the 'ND&B Publications' tab above.)

My notebooks are but a shadow of what they used to be. Maybe I should use them not so much as a depositary to place my counts, but as a place to store memories, sparked not just by the species that I observe, but also the people and places that share them.

Gavin Haig said…
I'm with Steve on that. Blogging has given me a birding journal that I never had, even in the days when I did keep a notebook and write descriptions to a reasonably conscientious degree. Reading old NQS posts has often provided me with encouragement and inspiration at quiet times. And being public - unlike a private notebook or journal - a blog has the potential to inspire others too. Long live the blog!
31 July 2021 at 11:33