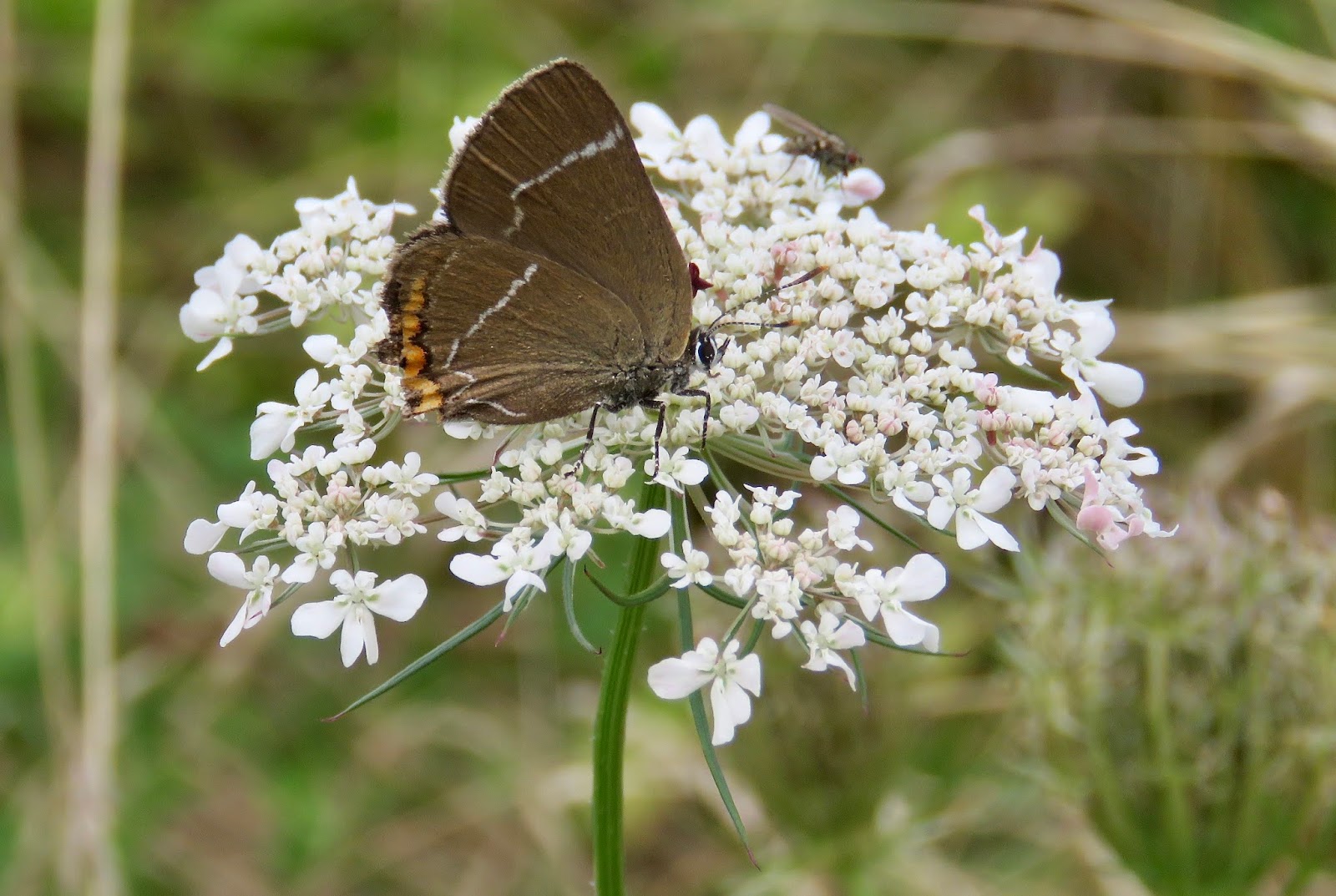 At some point during the past week, Summer yawned, had a stretch, and turned into early Autumn. There were signs in the flowers that were in bloom - Red Bartsia, Hemp-agrimony, Common Toadflax, Common Fleabane, Harebell - all pointers to the season coming to its long goodbye. And as if to confirm such suspicions, today we launched into August. To most birders August is, without doubt, the autumn. My short walk to Priest Hill this morning was taken with a little bit more of a spring in my step, buoyed by the burgeoning season. I would have been happy with a passage Willow Warbler, but as it happened there was a modest movement of Common Swifts to count. I say modest, but over the two and a half hours I was present a noteworthy 633 moved south-westwards. They took their time, a slow, circuitous meander through the air space, only a few making a dash for it.

This afternoon up at Walton Downs was quieter, with a few Common Swifts loafing about, and a scruffy adult Willow Warbler calling away. Highlight was this tatty White-letter Hairstreak that was found resting on Wild Carrot. I found some English Elm in the hedgerow nearby, which may be from where it came.

Gibster said…
There was a single Swift reported heading southwards over Skye a few days back, the sole autumn sighting up here that I've heard of. It's the bird I miss most since relocating north.
1 August 2021 at 21:55