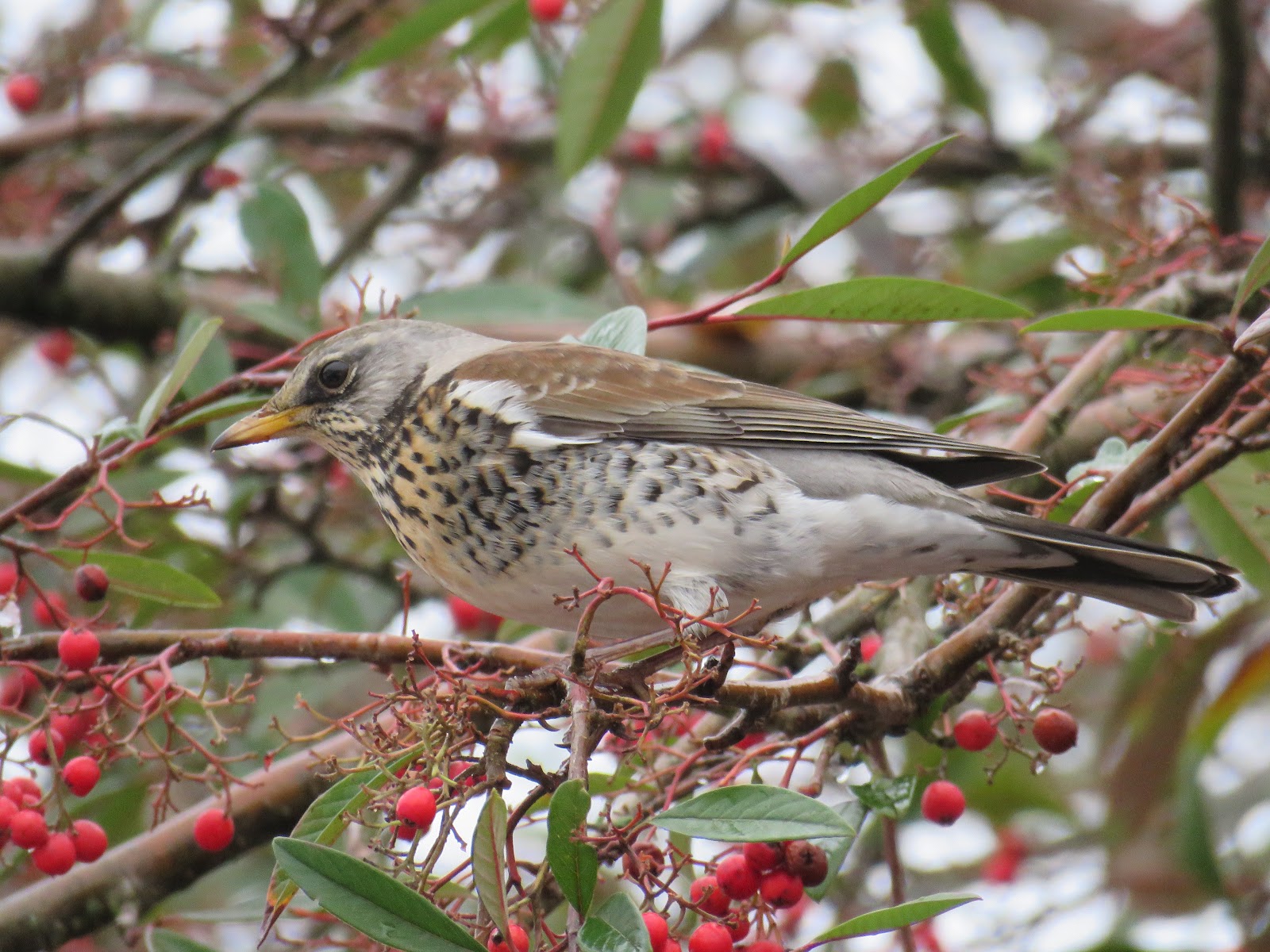 It's happened again! Another back-garden thrush rush, but this time, instead of the slim silhouettes of several thousand Redwings I was watching the chunkier, more stately shapes of Fieldfare, that most regal of thrushes. I was stood outside at 06.45hrs, wrapped up against a keen NNW wind. At first, just a few Redwing flew over westwards, but as their flock sizes increased so did the odd cameo appearance from Fieldfares, until they took over as the main thrush component (at about 09.00hrs). I was able to latch onto a few tremendous flocks - 300, 100, 90 - and ended up with a grand total of 1,684, backed up by 747 Redwings. Just checking on my previous best Surrey vis-mig counts, this is just higher than my 1,658 (north) at Box Hill on 29 October 2019 and 1,558 (west) at Banstead on 13 October 2020. Needless to say, Wes Attridge eclipsed my Fieldfare count today by recording a new county record of 10,390 from Leith Hill Tower, although he was virtually frozen to the spot at the end of his solo watch. My compensation came in the form of being just a few steps away from endless cups of tea and slices of toast... I might try Colley Hill tomorrow, as a good thrush day is often followed by another, and the wind appears to be in the NW sector (at least until mid-day). Little else was on the move, with few finches, but two groups of Lapwing (seven and three) were notable. The picture above is not from today - I raided my archive to bring a bit of colour to the post.