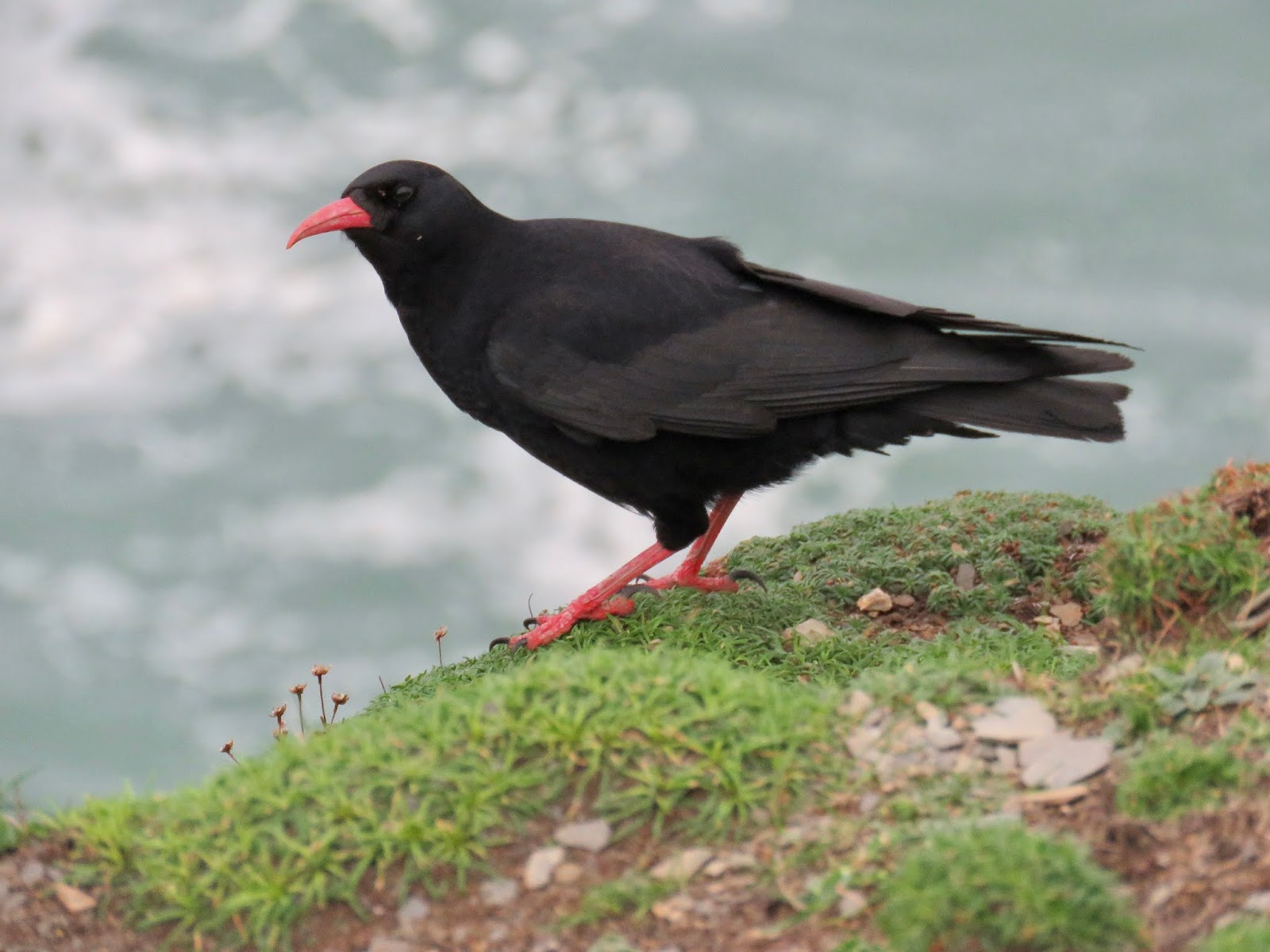 Two weeks on the north Cornish coast in November? To me, that suggested plenty of wind, chilly temperatures, rain, wet clothing and plenty of reading indoors to escape the weather. Our ‘postponed’ family holiday could not have been any different - apart from the odd flurry of drizzle it was dry; the temperature was never anything other than remarkably mild (I even found myself dressed in a t-shirt whilst sitting on an exposed headland one balmy morning); and the wind did not get up above force 4, many days remaining in the 1-2 region. Although not a birding holiday, the bins, scope and tripod came along, and every day saw me wander off to do a bit - on a few occasions more than just a bit. 80 species were recorded in our 12 days, not bad for the time of year and all seen within walking distance from our base.

I went everywhere on foot, exploring the coastal headlands, valleys, set-aside fields and winding lanes that characterise the Porth area, a small town east of Newquay. We were staying in a cliff top property that looked out over the Atlantic Ocean, with close views of Trevelgue Head and more distant ones of the lighthouse at Trevose Head. It was able to seawatch from the back garden (the nearby headlands of Pentire and Towan would be the place of choice on a good day) and witnessed two days of excellent visible migration without having to leave the holiday home.

The first day of overhead movement occurred on 9th. Porth is situated on a kink in the coast line, where a long run of cliffs (that run almost N to S) abruptly turn WSW. The birds observed were coming in from the north, coasting along the cliff tops and adjacent fields. On reaching Porth, rather that turning with the coastline, they appeared to head directly south, and inland. The first signs of action were a couple of large Chaffinch flocks at 07.45hrs, which then picked up and carried on until slowly fizzling out by 12.30hrs. The final Chaffinch total reached 1,702, and had been joined by 1,015 Golden Plover, 3,500 Woodpigeon, 164 Skylark, 15 Fieldfare and 3,200 Starling. This was just a warm up for the finches.

On 11th, with less back up from other species, 3,816 Chaffinch streamed through south, stopping by 11.30hrs. They were joined by 36 Skylark, 6 Blackbird, 3 Fieldfare, 64 Redwing, 3,375 Starling and 17 Goldfinch. There was another visible migrant that morning, one that was totally unexpected. Five Great Northern Divers (a single and a group of four) were picked up arriving high from the north, as if having flown along the cliff line. They carried on as they reached Porth, heading high inland. It was a mesmerising observation and I managed to get a photograph of the group as they sailed by.

I spent some time at Whipsiderry, a small area of set-aside fields north of Porth, where an initiative has been set up to help Cornwall’s declining Corn Bunting population. The schemes success was illustrated by the fact that in my half-dozen visits I always saw them, including a flock of eight. Carrying on northwards, an isolated, sheltered garden at Watergate Bay grabbed my attention, although staking it out on several mornings failed to produce the hoped for skulking rarity; Bre-Pen could boast several weedy fields, where over 200 Skylarks were lurking along with assorted finches; Mawgan Porth boasted fresh-water, with flooded fields just out of reach but to a cliff-top telescope; Park Head, a grassy cliff top where I was able to integrate myself into a group of 13 Chough as they fed around me, yelping and chasing like a pack of excitable puppies (top picture); and Porthcovan and Porth Mear, where a quiet valley bottom, boasting a willow-sided stream, screamed out rarity - but not this time. Other sites I checked included Porth Reservoir, the Gannel Estuary, Towan Head, Pentire Head and Crantock. They all had me daydreaming of what birds might be found with a bit of luck and effort. The local birders do not suffer from a lack of habitat or sites to bird, that’s for sure. 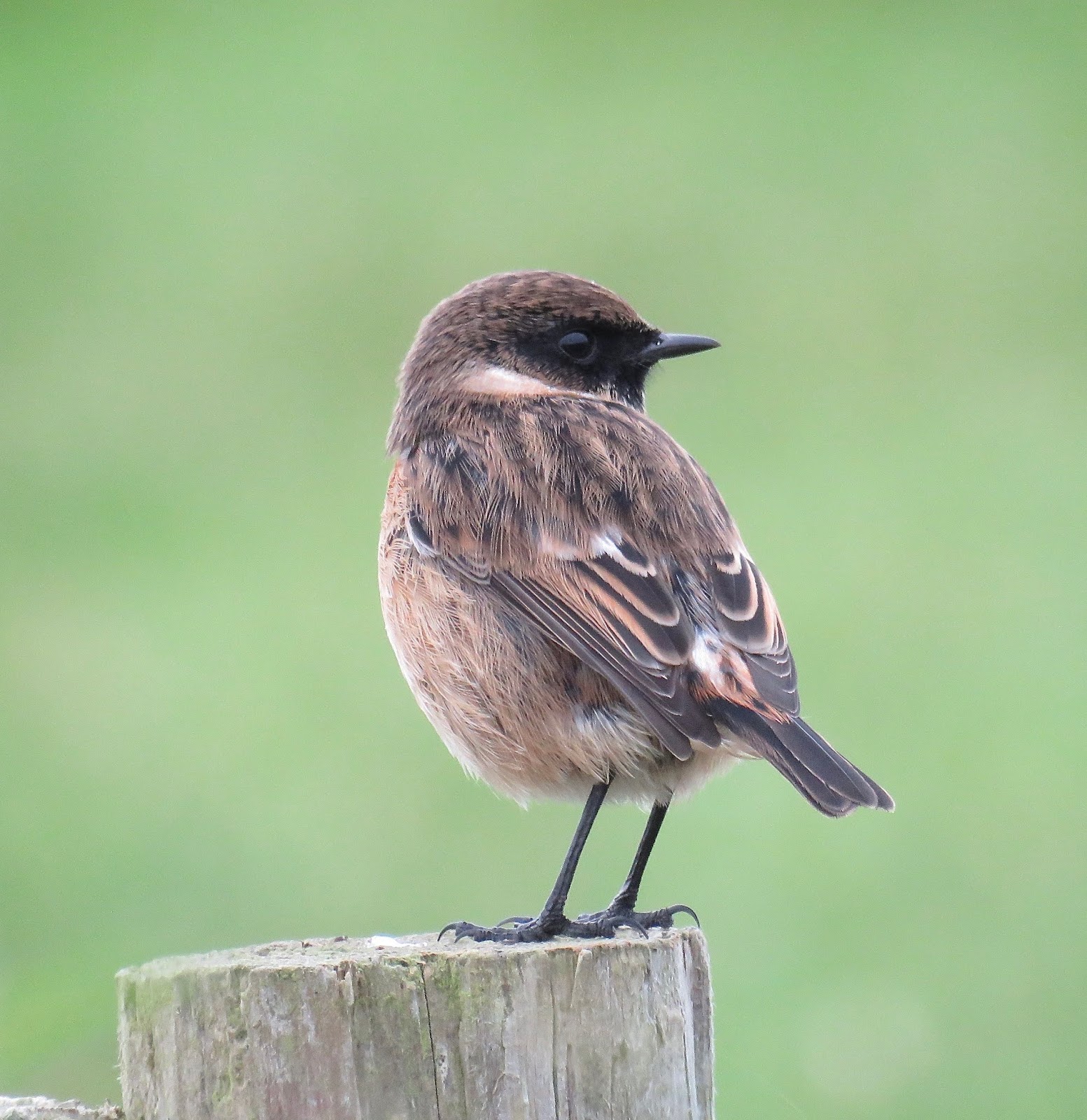 Apart from those species already mentioned, highlights included Black-throated Diver, Manx Shearwater, Little Egret, Eider, Peregrine, Purple Sandpiper, Mediterranean Gull, Swallow (16th November), Black Redstart, Raven and Brambling. The abiding memory of this stay has to be the Chough encounters. They were, quite literally, a back garden bird. So tame, inquisitive and, dare I say it, charming. At times I could have touched them. Honourable mention must be made to the ubiquitous Stonechat, one of my favourite species wherever I go. They never let you down and popped up on each and every foray into the field (above). That one good bird did elude me - I suppose when I say ‘good’ I really mean rare or scarce. A Dusky or Pallas’s Warbler, even a Richard’s Pipit or Yellow-browed would have felt like a vindicating success. But it would be churlish to judge the success of this Cornish birding time on such criteria. It was throughly enjoyable. I must thank Cornwall birder, Bob Bosisto, who was kind enough to share with me his local birding knowledge.

swopticsphoto said…
A nice read. It was colder today on the north coast. Force 8 northerly and no T Shirts!
Hope you re-visit.
Steve.
21 November 2021 at 16:04

Stewart said…
20 years since we've been to Cornwall Steve, we used to love it down there, but its so far ( 510 miles) we havent been back. On previous trips Ive seen Bobolink, Black Duck, Ring billed Gulls, Hoopoe, Firecrests etc. One day....
22 November 2021 at 09:04

Steve Gale said…
Thinking of doing it properly next autumn Stewart, but, as fits my perverse birding model, not the headline places at the end, but the lesser watched north Cornish sites.
22 November 2021 at 12:47