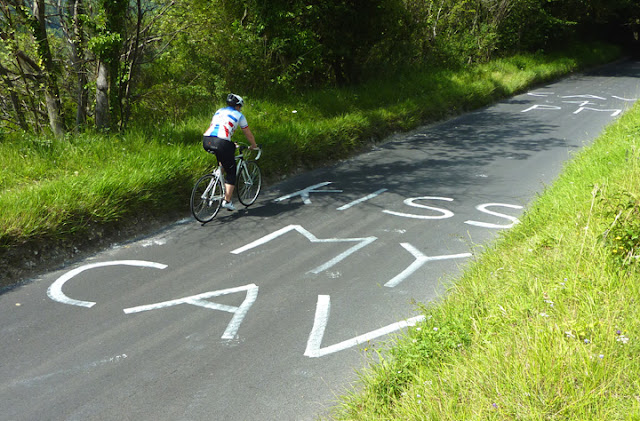 When it was announced that the 2012 Olympic cycling road race route would include the Box Hill zig-zag there were understandable concerns. Such an event would attract a large crowd, but how could they be accommodated without widespread damage to the chalk downland and its accompanying rare species? I was present two weekends ago to witness the event first hand. I had tickets for the lower slopes and we were led to the roadside vantage points without the need to walk across the fragile slopes. Further up the hill was another viewing area, rather knowingly called 'Straw Belle slope', named after one of the species that there were concerns over. On the day I couldn't see how the disturbance had effected the habitat further up, but today I went to take a look...

The first thing that struck me was how little of the grassland showed any disturbance at all - a single path led from the lower zig-zag car park up to the 'Straw Belle' viewing area. Here the roadside exhibited an area of flattened grass of no more than 30m x 10m. Disturbance had indeed been minimal. But what about the wildlife? 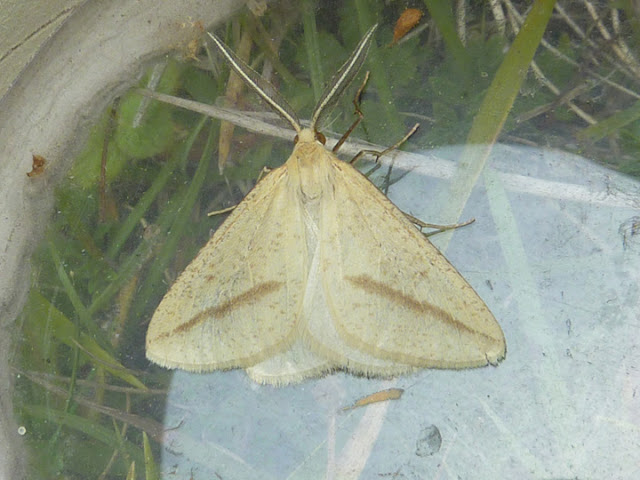 I checked the area of the zig-zag that is the well-known haunt of the rare Straw Belle moth. Would I find one? No, I found four. I didn't really need to look for them as the moths were quite active and came to find me. The strong sunlight and easterly breeze made photography difficult, although one happily sat in an open pot and allowed the image above to be taken. In this same area were three Silver-spotted Skippers.

If you want to go and look for yourself, find the 'Kiss My Cav' message painted on the road (left over from the Olympic road race, see top picture). The moths (and butterflies) were alongside this message on the upper slope. The organising committee should be congratulated on keeping its promise to not damage the habitat around Box Hill. I have it on good authority that habitat improvement is the legacy of the Olympic visit.
at August 11, 2012

I went the next day (encouraged to after reading your post), following your directions, and it really is amazing the lack of visible damage done to the slopes.

Brilliant turn out of Staw Belle, as well as Chalk Carpet, Adonis Blue, Dark Green Fritillary and Chalkhill blue. Don't think I've ever seen so many Silver-spotted Skipper in one place before!

Hi Billy, really pleased that you had such a good time at Box Hill. There is so much great habitat and stunning wildlife so close to the edge of London down this way. I might go back again myself this weekend.