They came, they saw, they colonised

Moths have a good habit of jumping from the European mainland and colonising the south-east of England, mainly thanks to global warming, a weak Euro and a wish to escape from bland Europop. Dungeness being just about as south-east as south-east gets on this island of ours therefore gets to paw these colonisers before most other places. 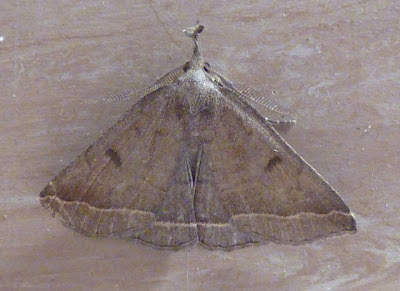 Take this Plumed Fan-foot for example. In 1995 Barry Banson checked his Greatstone-based MV (just north of Dungeness) and spied an unfamiliar moth. It was the UK's first Plumed Fan-foot. I was lucky enough to visit Barry on a daily basis during my stay and to go through his two MVs. We recorded four individuals which pleased me no end. 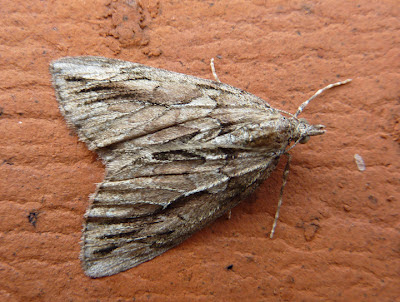 Cypress Carpets may be old hat now, but I still don't see that many of them. We recorded this species frequently enough at Barry's and the bird observatory to make mention of it almost pointless. How times change. 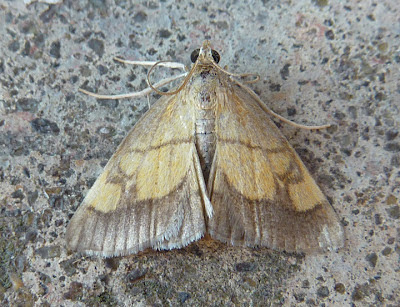 Evergestis limbata hasn't quite got to the level of making lepidopterists yawn yet, although I wouldn't mind betting than within five years they will be treated with contempt. A very smart pyralid, this has gone from a screaming rarity to an expected catch within a matter of four years.
at August 01, 2012

Nice to see a collection of moth images as I am quite in 'moth zone' right now. Envious that you were able to run away to Dungeness for almost a whole month.

The cheap prices per night is amazing, I wish it was much closer to home, in Devon in fact!

Will try to get my two overdue monthly reviews done some time before the current rain ends.