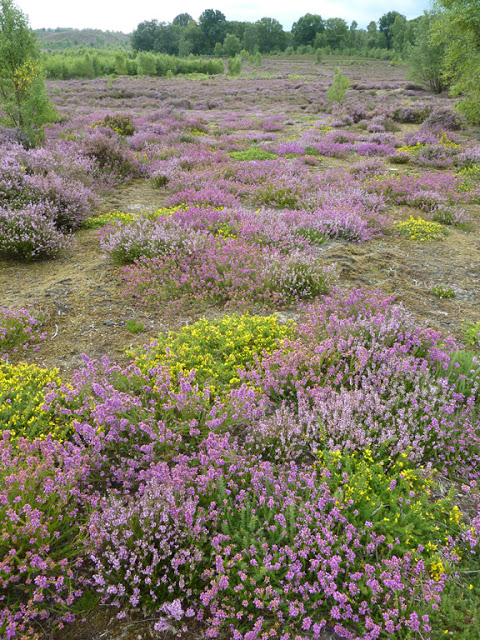 I began August in Dorset and ended it in Kent, two book-ends that sandwiched a frustrating time spent locally. The plants still enchanted, the odd moth came along that excited (including the back garden's second Small Mottled Willow), but the birding was dire. More great flowering was on show, but this time not in the Banstead area. I give you Thursley Common (above), looking more like a formal garden rather than the random flowering of Heather, Bell Heather and Dwarf Gorse; and West Bay (below), a stunning series of mats of Sea-heath, not a species that I've seen in such profusion before. 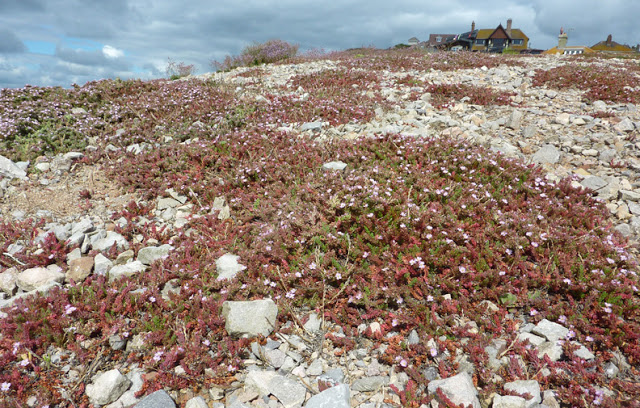 The natural history highlight in Dorset was the finding of several Cliff Tiger Beetles on the crumbling undercliffs between Charmouth and Eype. This highly restricted species is quite easy to find in the few places it exists. It must be, if a failed coleopterist such as myself had little trouble in seeking them out.

At the end of August I packed up my bags and headed for the shingle, as Dungeness once again beckoned. I wasn't to know that I was about to experience one of the best weeks in the company of natural history that I have had the fortune to spend. As each day ended I didn't think that it could get better - but it did. The list of highlights on its own isn't enough to convey what went on, even though that list is long and crammed with quality. 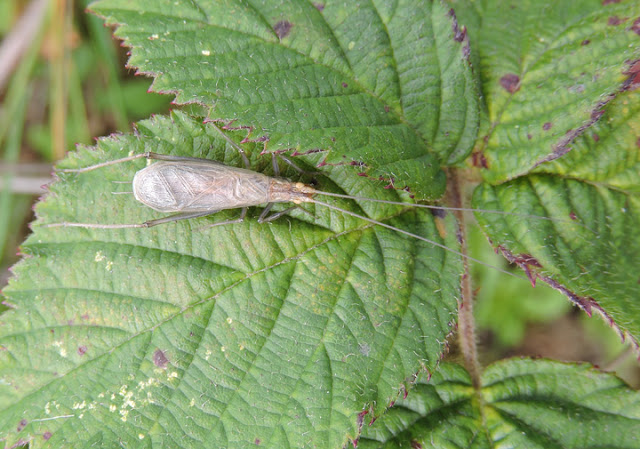 There were happenings that were of national relevance. DBO warden Dave Walker had discovered a thriving population of Tree Crickets (above) only the week before I arrived. Apart from two lone individuals (and a colony on Jersey), this was the first known UK colony. Each evening was spent wandering the edge of the trapping area and desert, being serenaded by the singing crickets, reminiscent of balmy evenings spent in the Mediterranean, rather than the Kent shingle. This led to much media coverage, including DW appearing on the BBCs One Show. His appearance fee suddenly shot up. But that was not all on the orthopteran front... 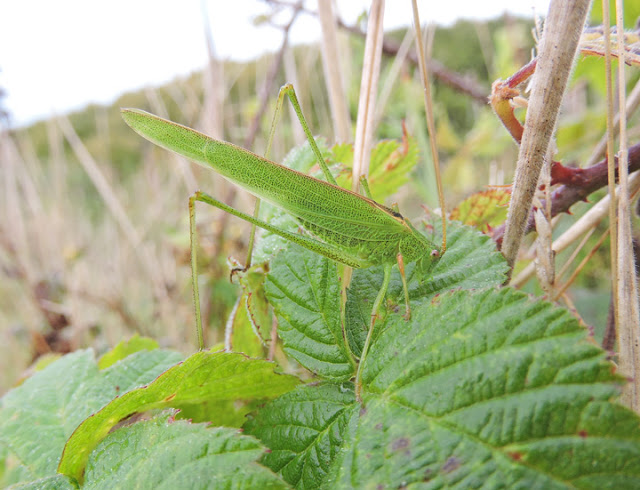 Not content with just Tree Crickets, Dave found a small number of Sickle-bearing Bush Crickets (above) in the same place. I saw up to five of them during my week, with daylight searching often revealing them. These were the first multiple records since the colony near Hastings died out. Elsewhere in the UK it is an exceedingly rare species, usually found as a single wandering vagrant from the continent. 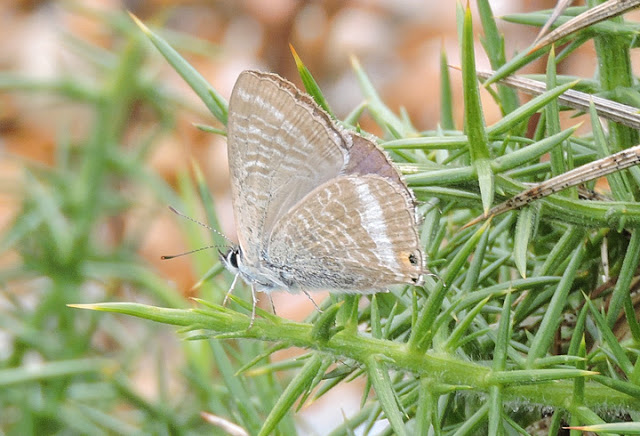 My own personal highlight occurred after a heavy rainstorm on the afternoon of September 1st. I flushed a butterfly off of the shingle, close to the old lighthouse, which then alighted on low gorse. I was staggered to see that it was a male Long-tailed Blue. I took a quick photograph before calling DW on my mobile. The sky was overcast and the butterfly seemed settled, so when it flew a few yards and hid in deeper gorse I was not worried - it would surely stay put. Despite much searching, by up to a dozen people over the next few hours, it was not seen again.

Moths, too, got in on the act. We were witnessing unprecedented numbers of the migrant geometer, The Vestal. There were certainly hundreds, possibly thousands across the peninsula, MV's pulling them in every night and any daytime walk through the long grass resulting in Vestals being flushed. There was ample back up in the form of Convolvulus Hawk-moths, Bordered Straws and Scarce Bordered Straws.

And the birds. They didn't disappoint. Drift migrants included single Wryneck, Red-backed Shrike and Icterine Warbler; two juvenile White-winged Black Terns stayed all week; I saw four out of the eight Honey Buzzards recorded; an Osprey flew over my head while I was trying to relocate the Long-tailed Blue; a short-staying Cattle Egret turned up at Hookers; and most mornings saw the visible migration of Yellow Wagtails, Tree Pipits and Siskins. There was also the small matter of at least three days when hirundine passage was heavy, culminating in low loose flocks of several thousand House Martin and Swallow hawking between the observatory and the lighthouses before heading off SW. These were special days indeed.

The rest of September could be excused for not living up to all of that excess, but one other highlight occurred locally to me, and that was a fine show of Autumn Lady's-tresses (below) on a roadside verge close to the Epsom Downs racecourse grandstands. At least 2,000 of these diminutive orchids were in flower. The autumn was being terribly kind. 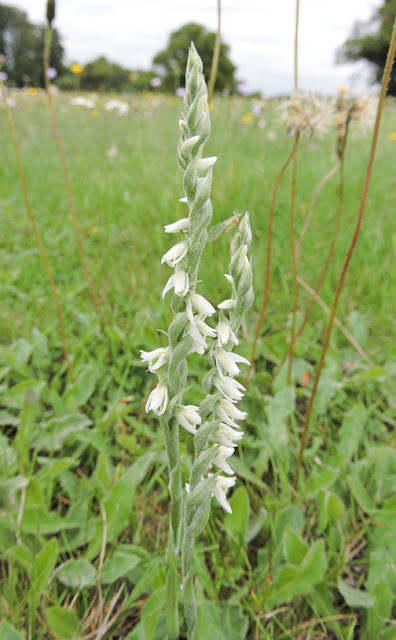 Derek Faulkner said…
The last paragraph was best - a great flower in your local area, so lucky.
5 December 2015 at 16:41

Dylan Wrathall said…
Steve, I am a complete novice at any level of grasshopper - type id - why is that Sickle-bearing Bush Cricket not a Conehead?
Forever an idiot - Dyl
8 December 2015 at 10:18

Steve Gale said…
Hi Dyl, the very long hind wing of the Sickle-bearing is a dead giveaway - much longer than a conehead.
8 December 2015 at 16:22