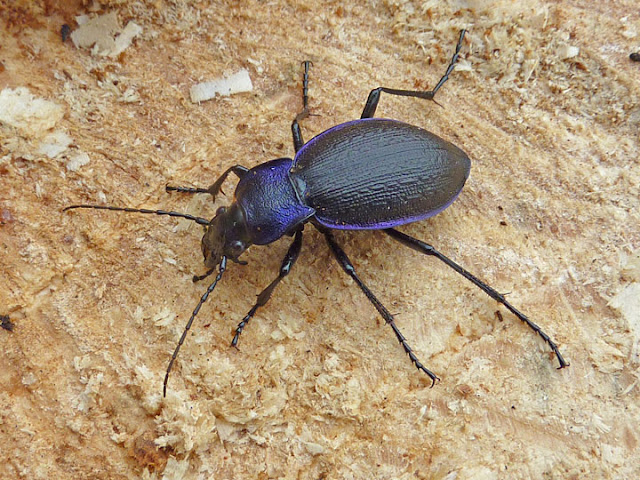 My pan species listing total has stalled somewhat over recent months. It currently stands on 3393 with the last addition being the migrant micro moth Syncopacma polychromella. And that was back in December. My embracing of the pan species concept hasn't loosened, but I have come to an acceptance that I am not one of those naturalists who has the inclination to name everything that they come across. I thought that I did, but I don't.

In the past couple of years I seem to have wandered back into birding as my first port of call when it comes to spending time out in the field. Lengthy stays at Dungeness Bird Observatory have undoubtably fostered this, along with the sharing of quality time with the great and the good folks who haunt the shingle. This has lead to less time being spent birding locally (which was becoming trying anyway) and a rediscovery of going that bit further afield. My recent visits to Pulborough Brooks have been not only enjoyable, but have made me realise that I cannot get my ornithological kicks closer to home. I've tried it and I (or it) has failed.

But my local area is not all about birds (just as well really). I am fortunate to have an incredible assemblage of plants, butterflies and moths on my doorstep - quite literally, as it happens. These three disciplines have been constant companions over recent years, and there is much to learn still. And this is where my pan species listing effort has fallen away.

When I first 'got into' it, I went out into the field and tried to identify it all - mosses, beetles, lichen, flies, fungi - you name it and I tried to put a name to it. But the harder I looked the harder it became. There is no short cut to correctly identifying a lot of this stuff. To do it right takes an awful lot of effort, not to mention the collecting of an awful lot of reference material (printed, online and specimens). Ironically, even though I now have more time to spend on this, I do not have the inclination to do so.

BUT.... just because I will not, as a course of action, attempt to name everything that I come across (or comes across me), I am still inquisitive enough to be curious as to the name of certain organisms that take my fancy. It might be an ornate fungus. A striking hoverfly. Or even a large and colourful beetle, like that pictured above. It is Carabus problematicus, that I found under fallen timber on Reigate Heath a few summers ago. I didn't mind trying to identify it, as there was only one confusable species, and even I could manage that.

I may well be saying "goodbye" to rising up the pan species league table (and have got used to saying "hello" to sliding down it), but that's all fine by me. Maybe this is the gentleman's way of joining in. I can sit back and applaud the players from the side-lines.
at February 05, 2016

Pan listing - I've always wondered what that was, now I know, kind of twitching everything.

Well Derek, yes and no. To some it is a mad dash around doing precisely that. To others it is just a gentle sideline to their natural history experience.

Hello Derek, maybe look at it like this: you are a birder, you are desperately keen to find your first ever Great Grey Shrike. Somebody tells you that they saw one on the edge of heathland, near a hawthorn hedge with paddocks beyond. Great, you know the very spot! And off you go and duly see the shrike. All good stuff. And I'm guessing you could actually do that too. Which means you have to have some sort of understanding as to what heathland is, which means that even if you can't specifically identify the species of heathers and gorses and grasses out there, you recognise them as such. And those hawthorns too, aside from the pinned voles and goldcrests on the thorns, you kinda recognised it anyway. Maybe the berries were the clue? However you break it down, you needed to know what the bird looked like and have an inkling of the plants too to have successfully found it using teh directions given. It's just a part of birdwatching skills. We all do it, nothing to be alarmed about. Then, one day, you might hear someone say, "I've got a Purple Emperor in my bins!It's halfway up the left side of that sallow" and you think, bugger - what's a sallow when it's at home? So you look and see, learn and remember. And you get to see a very cool butterfly too, your first one ever! Haha buddy, you've gone all "pan". Keep a note of what you've seen and you've got yourself a "pan-list". You're a newly fledged "pan-lister" and from now on you can follow your nose anywhere and always have something of interest to look at, maybe try and figure out what it is, maybe pop it onto your list and maybe even send the record through somewhere. It's a way of life for some, a casual distraction for others, certainly you can twitch Loch Lomond for Scottish Dock and Red-necked Wallabies if it takes your fancy, but you really do with it as you wish. Phew...and breath again! Mr Gale, sir, I think we need a quiet chat... :)

Is beer going to be involved Seth?

Well, Mr. Gibster, thanks for the lesson and you've just described pretty much what I've been doing for the last 50 odd years, I always enjoy knowing what something is. The only way in which I differ from you guys is, one I don't keep lists and two, I don't use a list to compete with other people.
As for the hawthorn that had voles impaled on it, well, from my days as a horticultural student, I'd immediately recognise that as Crataegus monogyma.

Haha! Fairplay to you Derek! It's a pity that Pan-species listing has already become stigmatised by the idea of using your list to compete with other folk's lists. I admit that I personally love going through the "listing league table" as it has become (rather unfortunately) dubbed, but if I see that I'm only 3 lichens away from moving up a place then I'll try and make an effort to tackle lichens (once more...) and hopefully this competitiveness will make me better at lichen recognition. Eventually I may even get around to submitting a few lichen records when my confidence grows a little more. The league table was only started for fun, but it is a fantastic kick up the arse to keep on developing better skills. It really isn't just chasing numbers, not for me anyway.

Does seem kinda likely, I suspect it will be daft to say otherwise :)