May 04, 2016
Gromwell. Sounds a bit miserable, doesn't it, like 'grumble' I suppose. Predictive text tries to turn it into 'growler'. But Gromwells are smart plants and not at all common. There are three species in the UK -  Common, Field and Purple. I've been lucky to see all three and have the first two quite close to home. I saw both of these today. 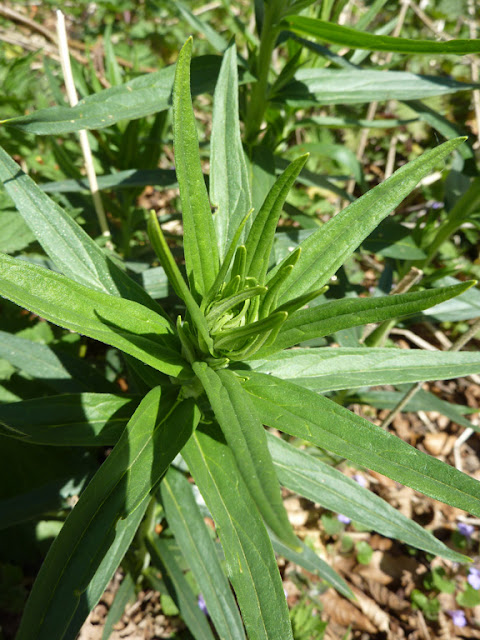 First up is this Common. A few plants, not yet in flower, were found in a small copse at Walton Downs. It's the closest to home that I've seen them and was quite pleased with these. I'll go back to take some pictures of the flowers, not that they are showy, just neat. 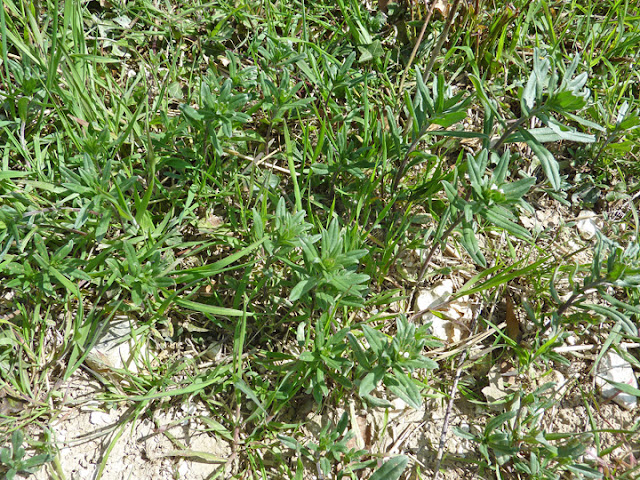 Next up is Field (also known as Corn) Gromwell, a decreasing plant and one that is a real find. One of my personal highlights of last summer was finding a large colony along the edge of a field at Langley Vale, on the edge of Epsom Downs. This was the first Surrey record for 25 years. Today several hundred were on show, many starting to flower, and this will continue for a few months yet. Last year, thanks to the diligence of Rosy and Dennis Skinner, this population was estimated to be in excess of 3,000 plants! 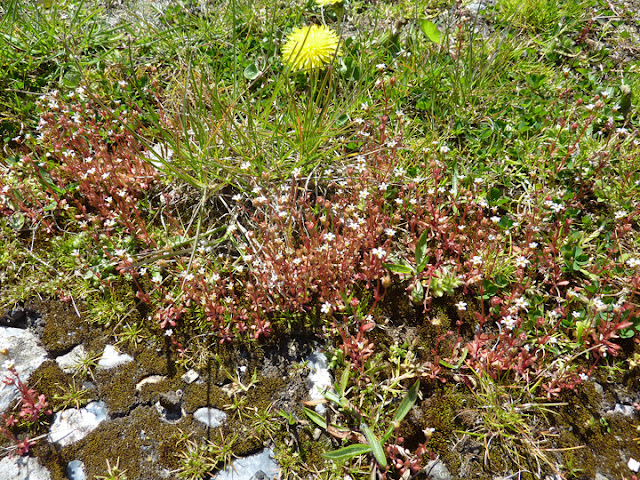 Not a Gromwell, this is Rue-leaved Saxifrage. I posted last week about this species, saying how it was going from the place that I knew it on Epsom Downs. Guess what? Not 50m away is another compacted area of stony ground, and it's covered in it!

You can tell that things are hotting up on the plant front, as my posts have been heavily botanical as of late. So, now for a bit of birdy observation. Walking around today got me reminiscing about making this same walk 40 years ago. The overriding song at this time of year was that of Willow Warbler - there would be so many that their songs overlapped to keep a continual silvery cadence. Whitethroats, on the other hand, were still recovering from the 1969 population crash. I wondered at the time what it would have been like to have Common Whitethroat as the commonest warbler species, as they had been only a few years earlier. And now I know. Although their scratchy mutterings were not omni-present today by any means. Also missing today, but certainly around back then, was Tree Pipit, House Martin, Cuckoo and Turtle Dove. Does make you wonder, doesn't it...
Common Gromwell Common Whitethroat Field Gromwell Rue-leaved Saxifrage Willow Warbler

Derek Faulkner said…
The disappearance of once common birds is made up for by your regular recording of wild flowers. Plants that almost certainly don't get noticed by far too many people, obsessed as they are with birds and dragonflies. Well done you.
5 May 2016 at 07:29