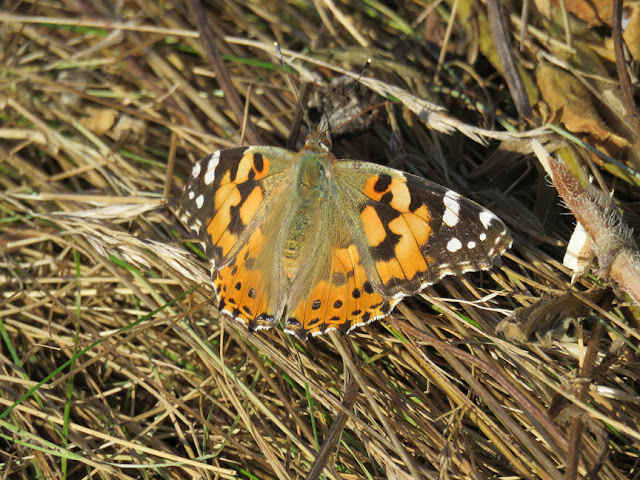 We should each have a place where we feel that we belong - a place that is home, that feels safe, and is invested in warm and happy memories. Ordinarily these are the places of our childhood, where we did our growing, via a meandering route that was made joyful with carefree times. Although I was born in (and lived in) South London for the first three years of my life, the Hertfordshire market town of Tring was where I conciously grew up - I wrote about that period of my life here. They were good times.

But at the age of 12 we moved, first to Hitchin, then a year later to Sutton in Surrey. Almost immediately my parents went through a nasty, messy divorce, so I could be forgiven for not being too enamoured with the place, or the new county that I found myself unhappily living in. But something saved that period, and it was the open spaces. One afternoon my Father took us out in the car and we spent an age driving around Surrey's southern countryside. My father (who grew up in Kennington and had a passion for Surrey County Cricket Club) was uncharacteristically gushing about the beauty around us. He felt as if this was his county, no doubt in lieu of having lived in its choked northern extremities. So, like Father, like Son, I decided that, this too, must be my county. I soon discovered birds, and this presented me with an independent route, and an excuse, into exploring the world on my doorstep.

But belonging is a moveable feast. I soon started to visit Dungeness and found the shingle beach and the characters that populated it, intoxicating. I was happy there and I was accepted. I wrote about my relationship with it here. I also got to know the Wiltshire downs in the All Cannings area, the place that the Gale family originated from, moving up to London in the late 19th century. I could walk around the same village streets that my ancestors did; enter the same churches in which they were christened, married and buried; drink in the same inns; and wander the very fields in which they largely worked. Sitting on top of the nearby hills, looking down across the fertile valley below, it was hard not to feel a connection - my father certainly did, as not only was he was evacuated there during the Second World War, but retired to the village and stayed for over 20 years. Yes, a part of me felt that I belonged here too, even if that was a spiritual link to unknown and long dead relatives. They still had a reach, or at least the rolling hills and verdant fields did. It also helped that I saw a fine cross-section of bird species on my rambles and the chalk downland there is some of the best botanically in the UK. And then, through my wife's childhood memories, I've come to know the largely unspoilt West Sussex coast between Rustington and Ferring. I feel at home there, peaceful and content.

But Tring is of the distant past; Dungeness an on-off affair separated by 90 miles; All Cannings a fanciful connection; Ferring not really mine to claim. None of them are 'home'. I'm prompted when I read such literature as 'Cider with Rosie' or 'Old Ways', books that celebrate the human connection with place. Where is my place? Is it in Surrey? Are the north downs, especially those between Reigate and Abinger, what I'm looking for? And what of the spurs of high land that head off north from there - Walton Heath, Walton Downs, Epsom Downs, Chipstead Bottom, Canons Farm? I spend an increasing amount of time wandering these elevated lands and slowly, very slowly, they are starting to wriggle their way into me. What once were visits to purely bird or botanise, have morphed into excursions of spiritual enrichment - it could be a dead tree, a cloud formation, a leaning gatepost, an old sign - things that grab my attention and give depth to the relatively shallow pastime of looking for plants and birds. Why these random objects should appear so, I do not know.

This morning saw me back up onto Epsom and Walton Downs for the third consecutive day. A scouring easterly wind and blinding low sunlight made observations difficult, but it seemed obvious that most of the Chiffchaffs had cleared out and the Stonechat count was down to one. But I was most content to walk the field edges without the need for ornithological reward - what I was doing was reward enough. And then a butterfly came barreling across the open field, making light of the strong gusts. It landed just in front of me, as if it had made the flight especially do so. A Painted Lady. In one of the places where I belong.
belonging Painted Lady place Surrey

Derek Faulkner said…
That has to be one of the best blog postings that I've read in a long time, I can so identify with the sentiment and emotion within it - well written Steve.
5 October 2016 at 17:43