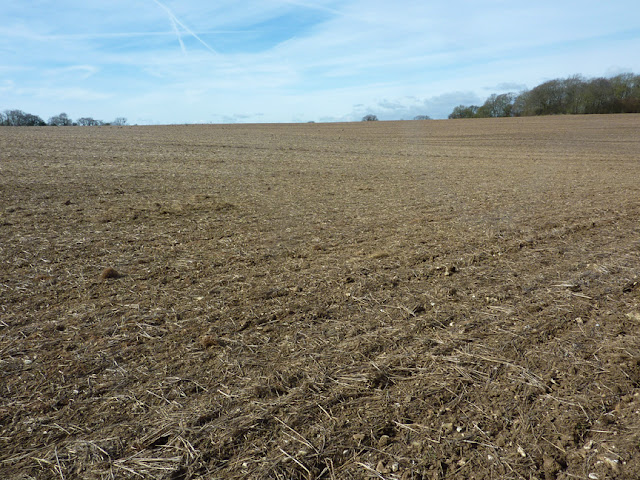 This was Downs Field this morning, from the lower, south-eastern corner. It is a big field - I don't know its acreage or hectarage I'm afraid, but I wouldn't like to have to run around its perimeter thank you very much! As you can see from the photograph above, it gently slopes up towards the west, reaching a plateau that continues for a good 200m towards a minor road. It is at this furthest point that the Night-flowering Catchfly used to be found, along with more Sharp-leaved and Round-leaved Fluellens that you could shake a stick at. In fact, this strip held a vibrant arable weed community. I could find four loafing Lapwing, but no interaction or display was observed. A further lurking Lapwing was found on 40 Acre Field South.

As I have mentioned before, The Woodland Trust are going to plant this field with trees to establish their Centenary Wood. Although I have not totally given up on attempts to persuade them to spare the field from such action, I do think it highly unlikely that they will backtrack on their plans... so, as a secondary action, how about they 'give up' a 75-100m strip along the western field border to become a part of their Arable Plant Zone? They still get their wish to plant 90% of the field with trees and 'we' get to keep an important area for arable plants - reckon they would go for it? 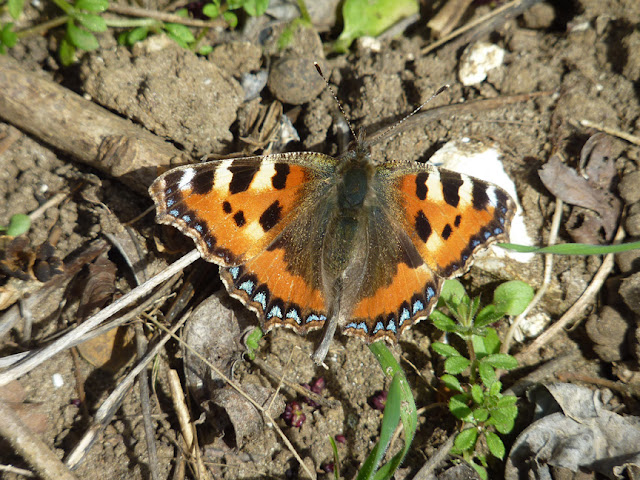 Although it was quite bright this morning, the nagging westerly wind was quite chilly, so this Small Tortoiseshell was a welcome addition to the notebook.
at March 17, 2017