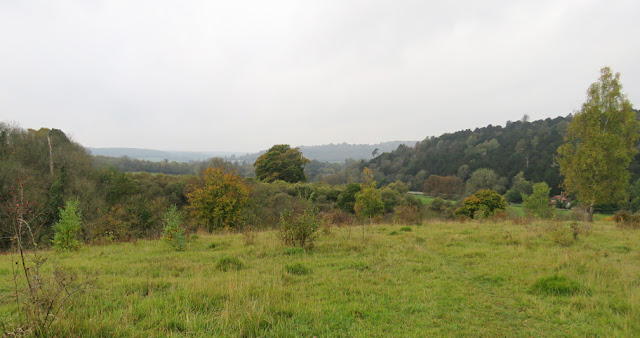 With Hawfinches turning up all over the shop (there must be several thousand across the southern half of England) a three-hour back garden vigil was in order this morning. A steady trickle of Redwing, Song Thrush, Chaffinch and Starling was obvious - together with a lone Brambling - but nothing exhibiting a brutish bill and wing bars deigned to put in an appearance. A change of scene was called for.

A return to Juniper Bottom was made, mainly due to its Hawfinch pedigree and also because I could skywatch across the Mickleham valley all the way down to the Mole Gap (as viewed above). After only 15 minutes a flock of six flew across me and then veered NW. A further hour's worth of eye and ear strain could only add 100+ Redwing. 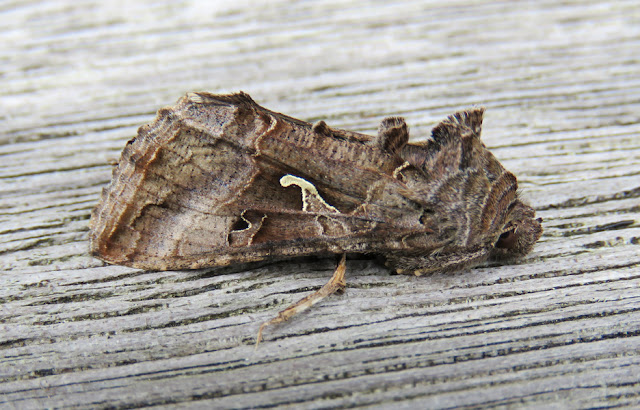 The past couple of night's may have been mild, but the MV haul has been poor. Last night did at least produce a couple of Silver Y (above). The season seems to be running out of steam.
at October 15, 2017

Heck I have no idea how birders pick these birds out in the air!

Re. Hawfinches, wish you would change that "some parts of the southern half of England".

I am reliably informed that Birdguides yesterday reported small numbers of Hawfinches from nine different counties.

Kent doesn't seem to have had many Derek