Langley Bottom, Langley Vale, call it what you like - Walton Downs would do - the farmland that blankets much of this area has had a lot of coverage from me over the past few years. To recap: this farm was put up for sale and purchased by the Woodland Trust some three years ago. They plan to release the area into the public domain as a woodland reserve and intend to plant up a great deal of the open farmland, in so doing connecting existing copse and woodland together.

So far, so good you may think - after all, private farmland is going to become countryside for the public to access and enjoy. Yes and no. Langley Vale has been farmed sympathetically down the ages, with a tremendous arable flora present as a consequence. It is like a botanical time capsule. When the Woodland Trust released their plans there was a great deal of fuss created by the counties botanists - why plants common trees on top of rare flowers? Meetings were arranged, feelings and opinions were aired and common sense seems to have prevailed. Planting has taken place, but, as far as I am aware, none of the rare flowers have been compromised, and the WT have agreed to look after them by careful management - not planting up certain fields and catering for the needs of the plants within them.

2017 has been good here. Most of the notable species have had a successful year, with Red Hemp-nettle, Night-flowering Catchfly and Narrow-fruited Cornsalad appearing in good numbers; Catmint has spread; Ground-pine has been re-found; Jersey Cudweed has arrived. There was a fine show of the blue-coloured Scarlet Pimpernel. A host of sacrificial-crop aliens sprung up. It was a fine place to botanise! 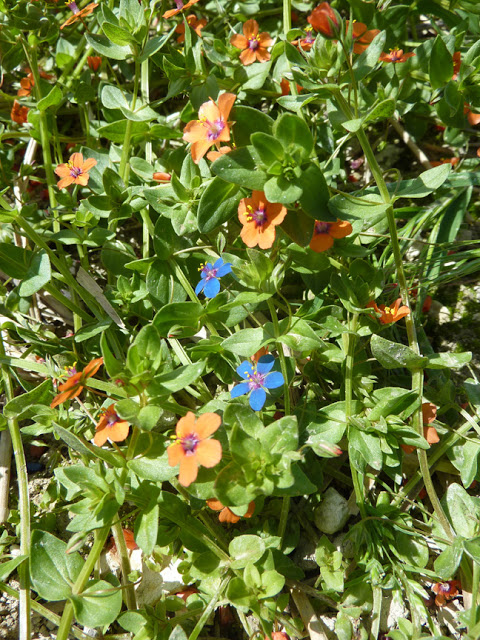 A beautiful set of photos Steve and hopefully, it looks like the involvement of people like yourself, has allowed common sense and protection to prevail - well done.

Thanks Derek. Hopefully this situation of compromise will remain.

The stunning poppy fields near me have been dug up for a relief road. Ugh.

They can spring up elsewhere Simon, keep looking!

If those photos don't make your heart ache for summer, nothing will. A lovely selection Steve. I hope it works out.

Thanks Mick, I'll keep you posted