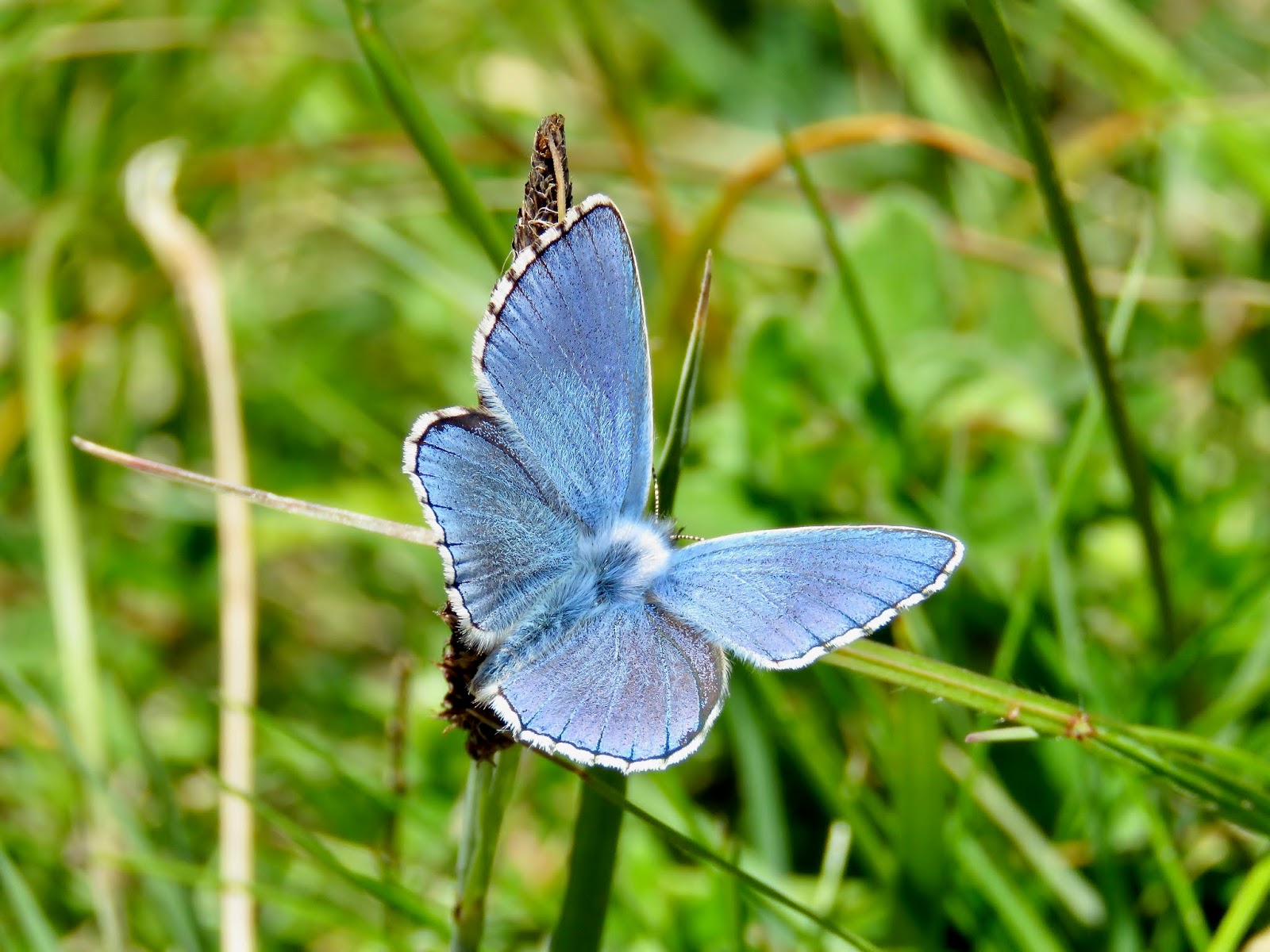 There are a several species of UK butterfly that could lay claim to the accolade of being the most arresting. My opinion as to which is changes on a daily basis throughout the year, although it's hard not to consider the Adonis Blue as a serious contender. The blue is shimmering - you could describe it as sky blue or Coventry City football shirt blue - neither do it justice. There were a minimum of 35 of these jewels battling the stiff NE breeze on Denbigh's Hillside this lunchtime, along with fair numbers of Dingy Skippers and a few Grizzleds. Marvellous. 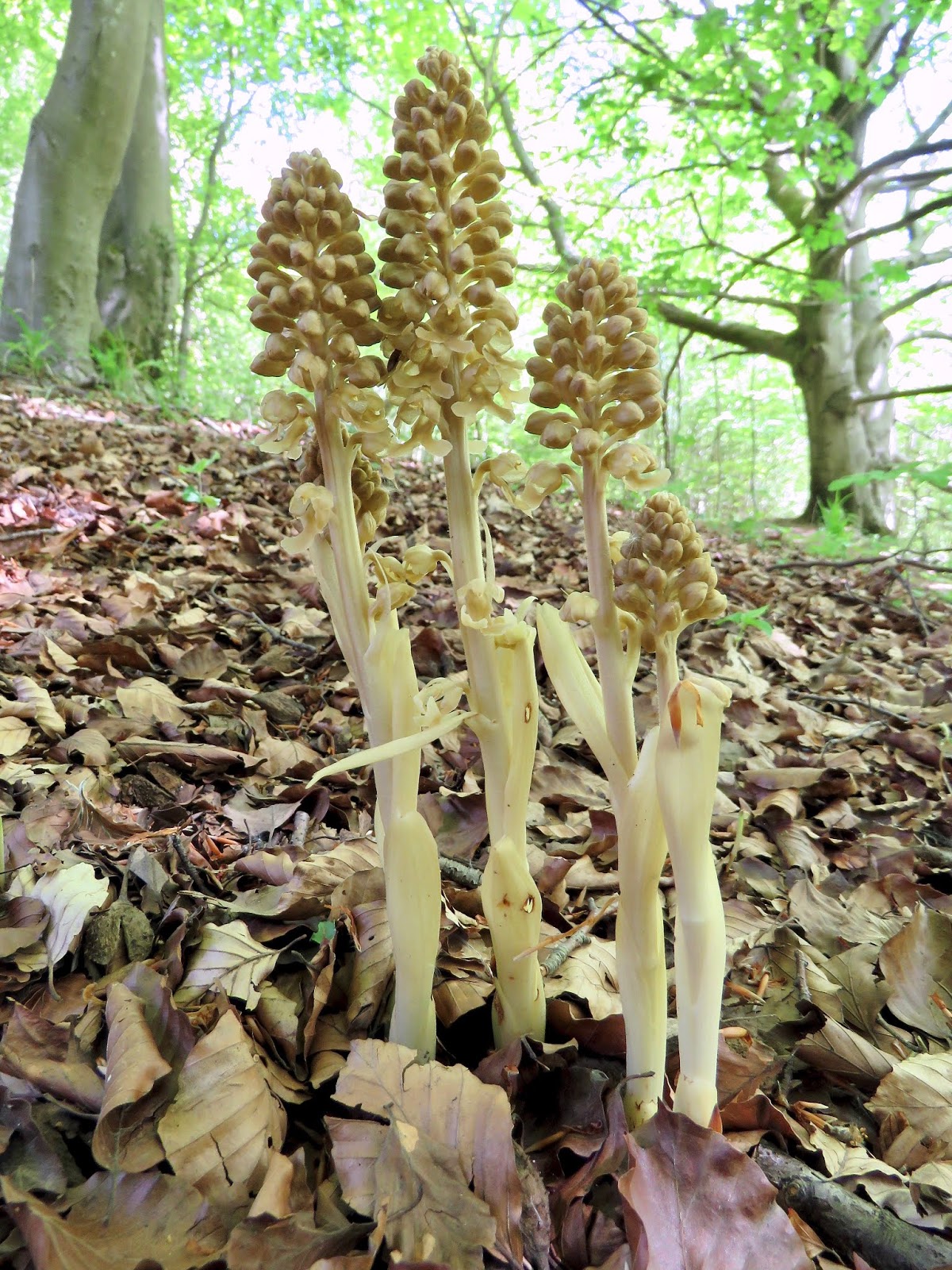 Three years ago I was able to show author and professional wildlife guide Jon Dunn a rather special circle of Bird's-nest Orchids, which were dramatically exhibiting the species dependence on its underground fungal partner. I went back to have a look at them this morning but was saddened to find clearance work had left rutted earth and torn branches exactly where the orchids had once stood. Fortunately the area is home to plenty more, those above were less than 50m away from the desecrated site.
at May 14, 2019