The Dukes of Rake Bottom 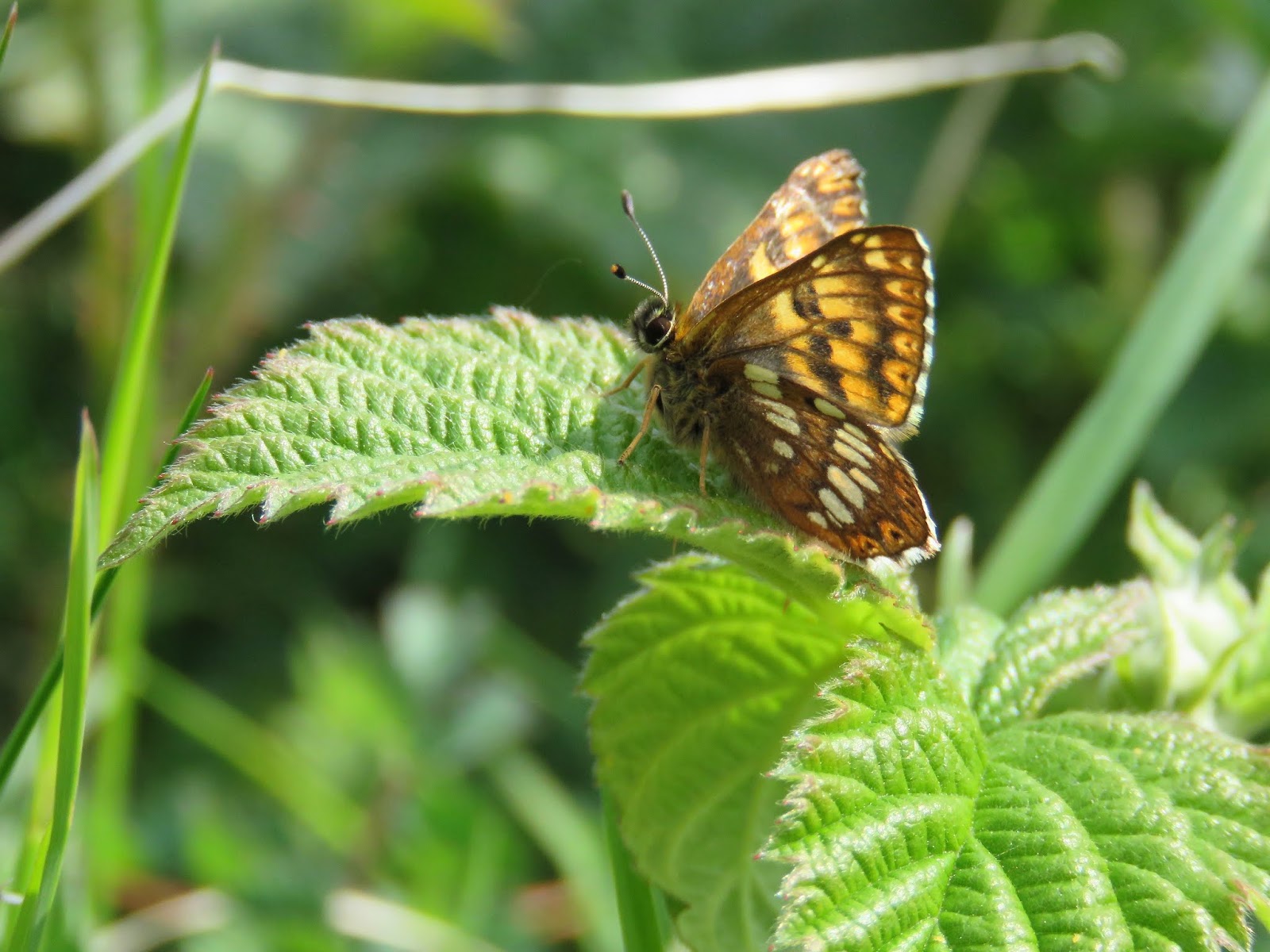 I've visited Butser Hill, just off of the A3 north of Portsmouth, on several occasions, but I had not ventured beyond it and into the magnificent scenery of Ramsdean Down and Rake Bottom. The South Downs here is at its most spectacular - deep sided valleys, steep scarp and a landscape that is almost frightening in its majesty (at least to us flat-earth southerners.) Photography cannot capture its scale. 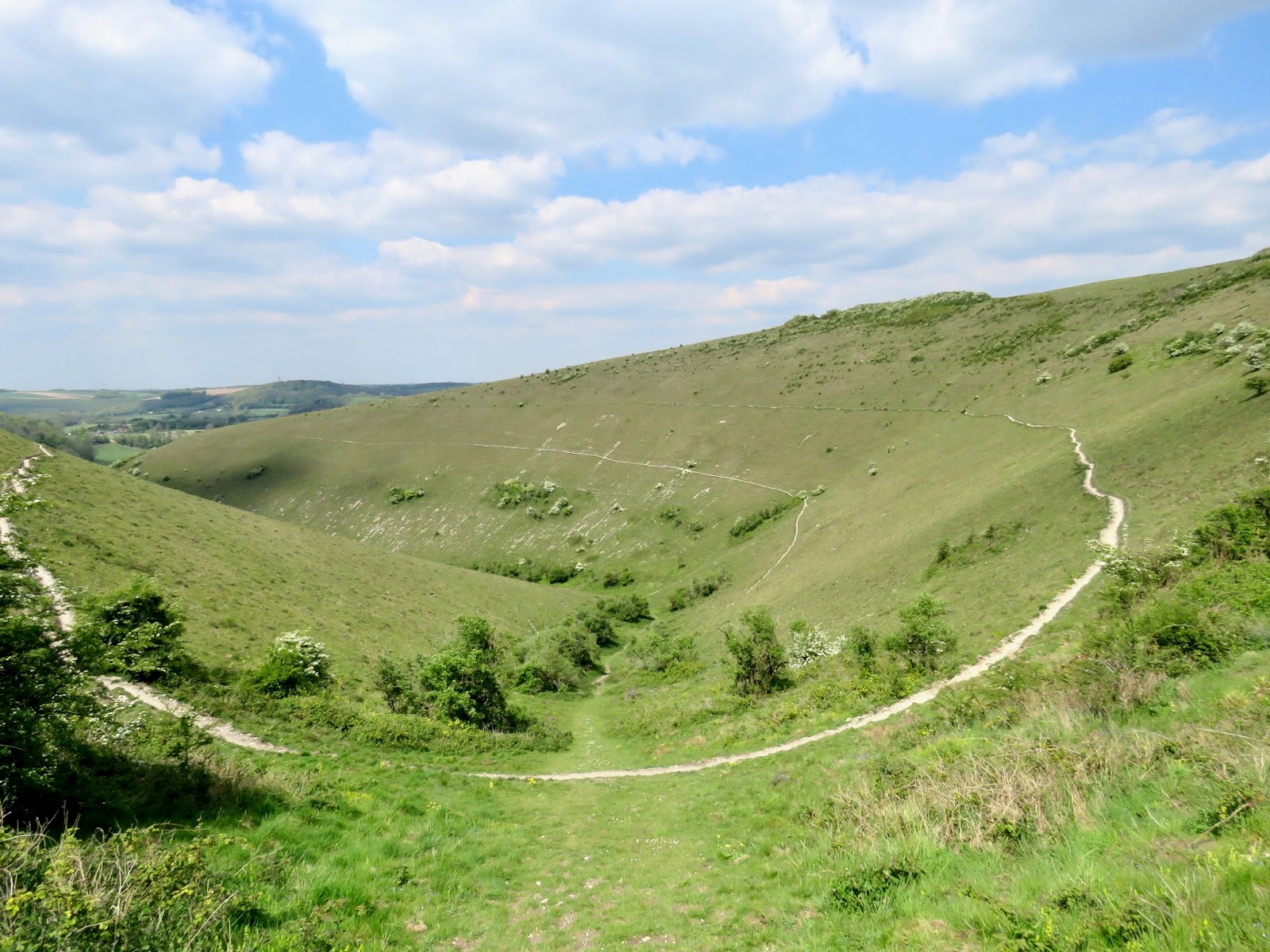 The morning was largely sunny, although a gusting NE breeze was present and it had largely clouded over by 13.30hrs. None the less, I was able to find at least 35 Duke of Burgundy (pictures top and below), 70 Dingy Skipper and 7 Grizzled Skipper, mostly at the base of the valley in the Rake Bottom area. Also here were singing Willow and Garden Warbler, Lesser Whitethroat, Cuckoo and Yellowhammer. 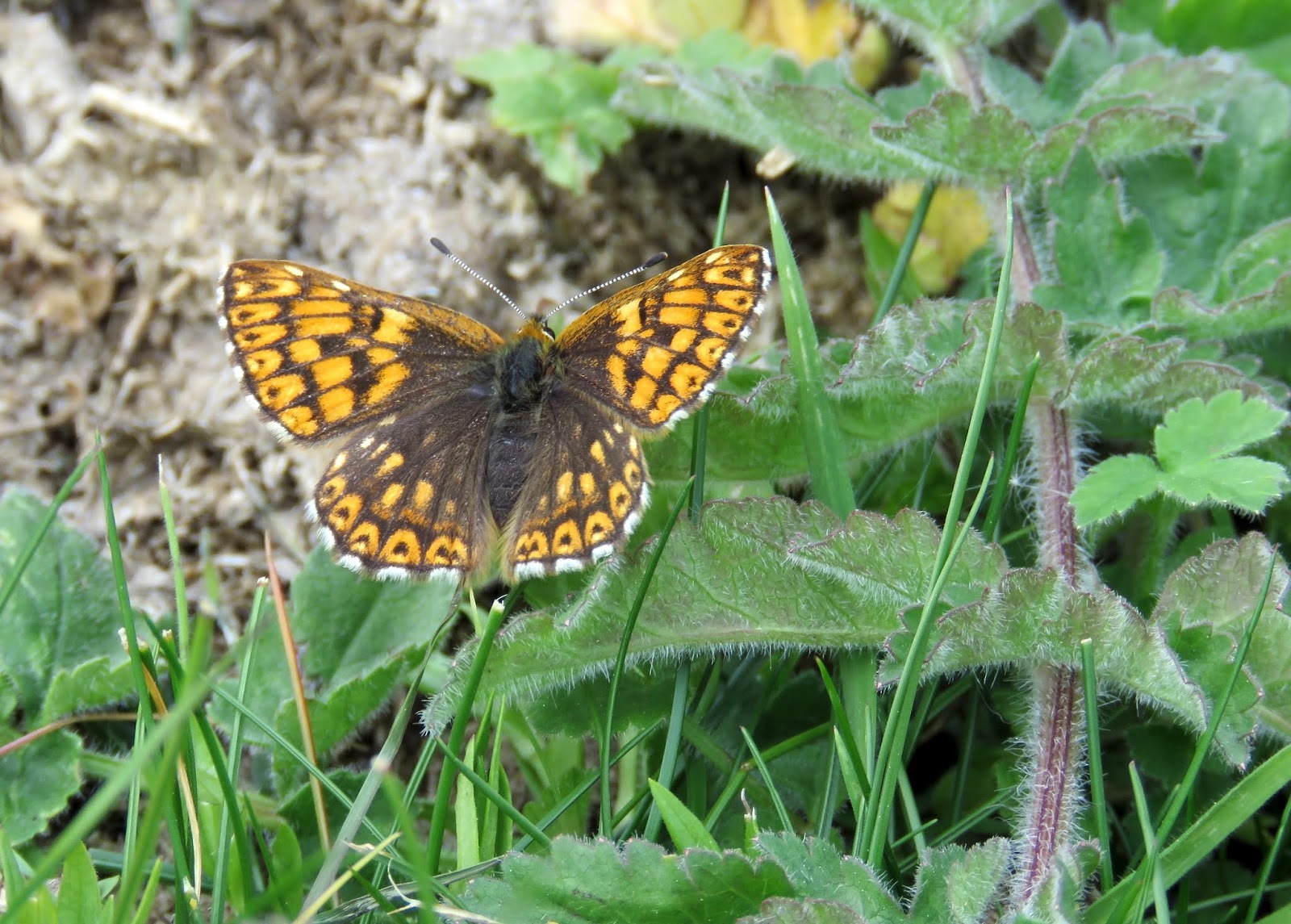 I was most probably a bit early for Wood Tiger, a species that still eludes me, even though I've visited several known sites during its flight period.
at May 16, 2019