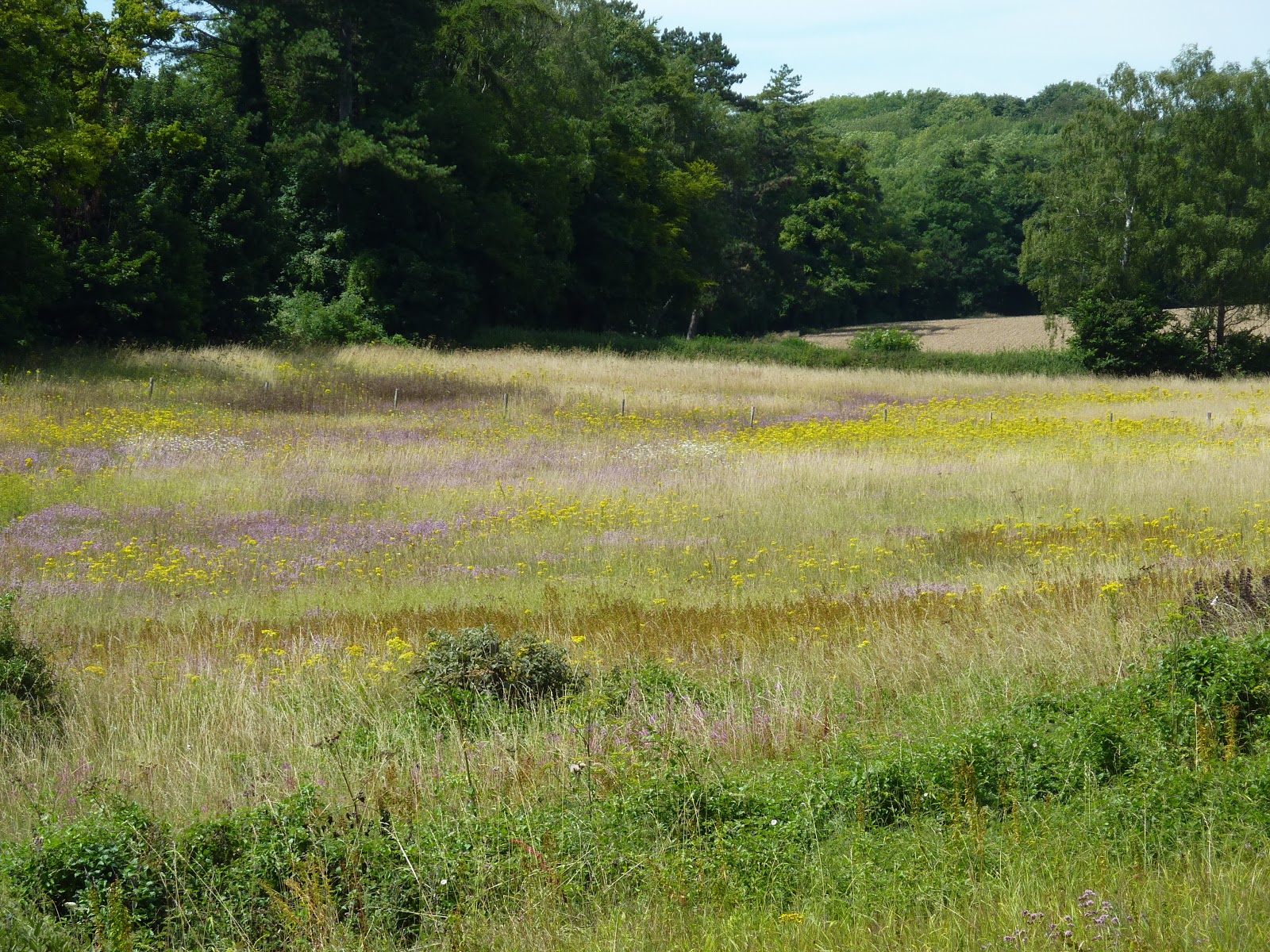 The countdown continues of my 10 most memorable natural events of the past five years.

4. Banstead in bloom
In the summer of 2015, something special happened within a 15-30 minute walk of my home. The chalk downland to the north and west of Banstead erupted in flower. Millions upon millions - no, make that billions - of plants unfurled their glory, painting the meadows with broad washes of colour. The image above was taken in early August, at Park Downs. Most of the colour that you can see was due to the flowers of Marjoram, Common Ragwort and Wild Carrot.

A few weeks previously, this same field had hosted an orchid extravaganza, with 6,250 Pyramidal and 354 Bee (below) being counted on June 25th. Some of the Bee Orchids were enormous and exhibited many flower-heads. Five days later I carried on along the valley and entered Chipstead Bottom, estimating a further 3,500 Pyramidals - all this in the company of at least 2,270 Meadow Brown and 1,760 Marbled Whites. The latter species was on the wing - in three figures - as early as 07.15hrs. A truly memorable morning. 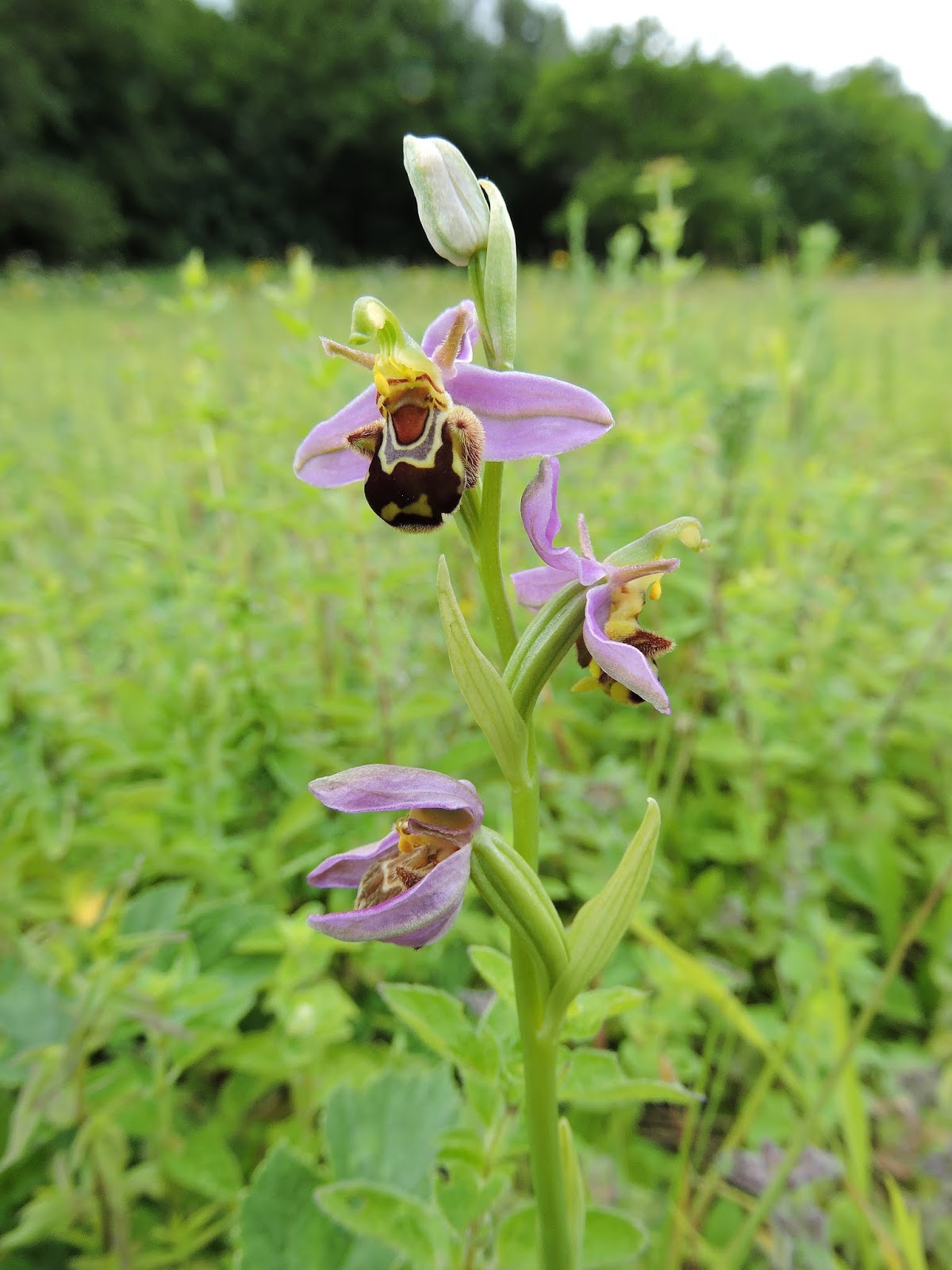 Local botanist John Peacock tipped me off about the plentiful flower on nearby Banstead Downs, so I just had to go and have a look. Never had I seen so much Dropworth and Kidney Vetch (below). It wasn't all about the species so far mentioned, as they were but a small part of this botanical banquet, with Cat's-ear, Bird's-foot Trefoil, Yellow-rattle, Common Rock Rose, Hairy St.John's-wort, Red Clover, White Clover, Wild Thyme and various trefoils running riot - not forgetting a number of local rarities (which can, for a change, take a back seat). 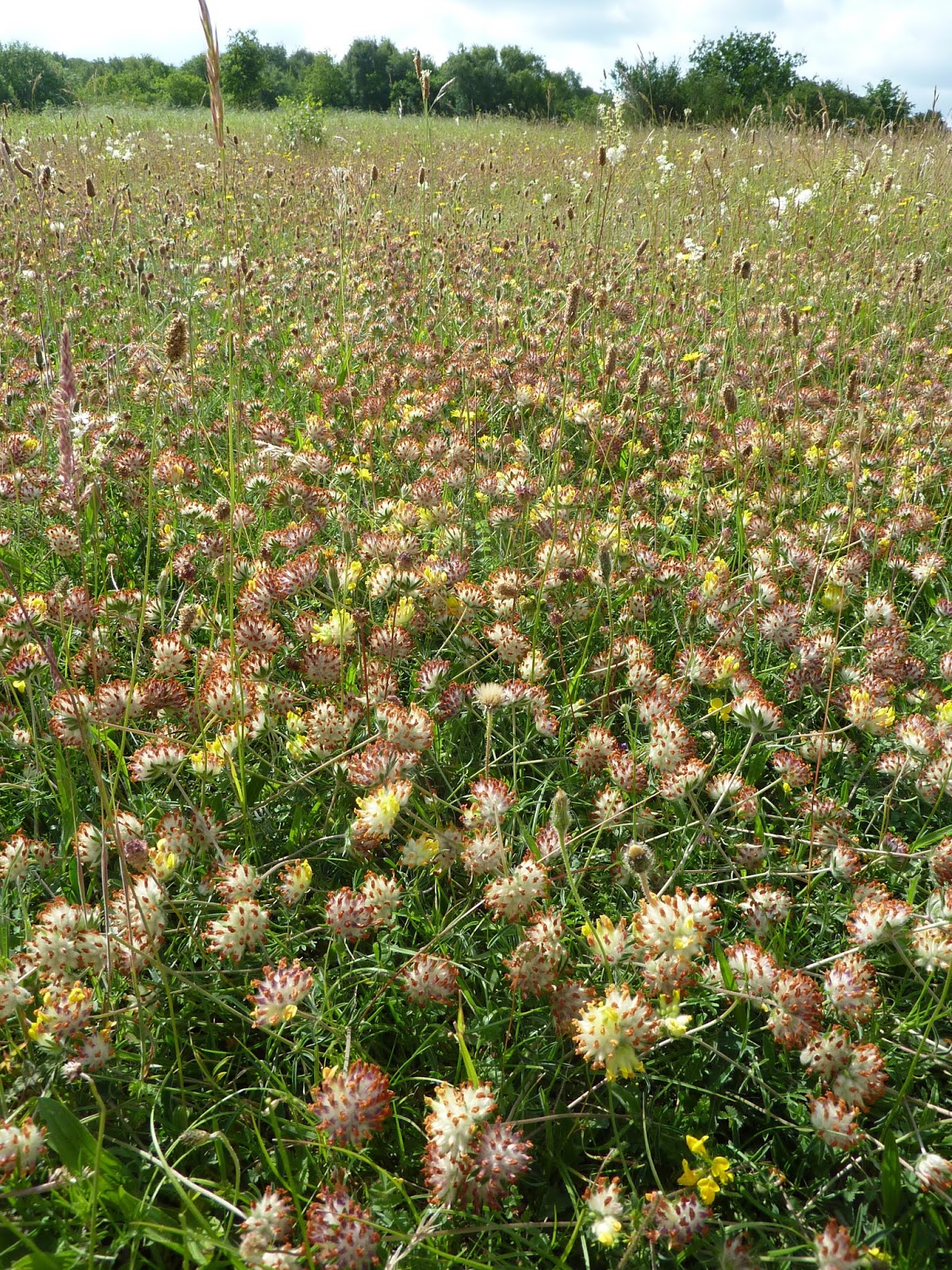 Over the course of late June - July - early August I spent hours wandering around these local sites. No two visits were the same, with species taking over as the main flowerer as others declined. Every summer I visit the same places in the hope that the show of 2015 will be repeated. So far that has not been equalled. 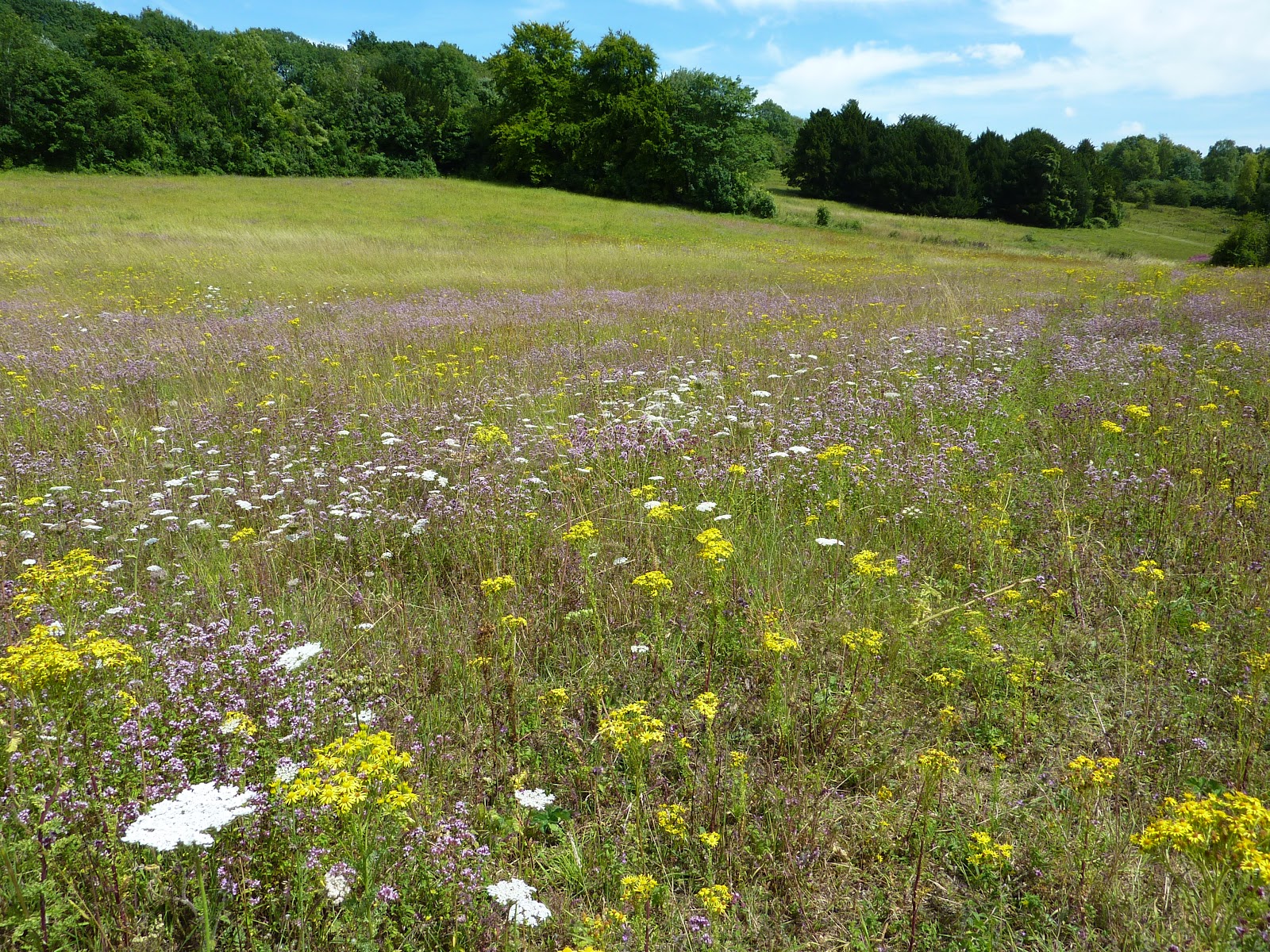 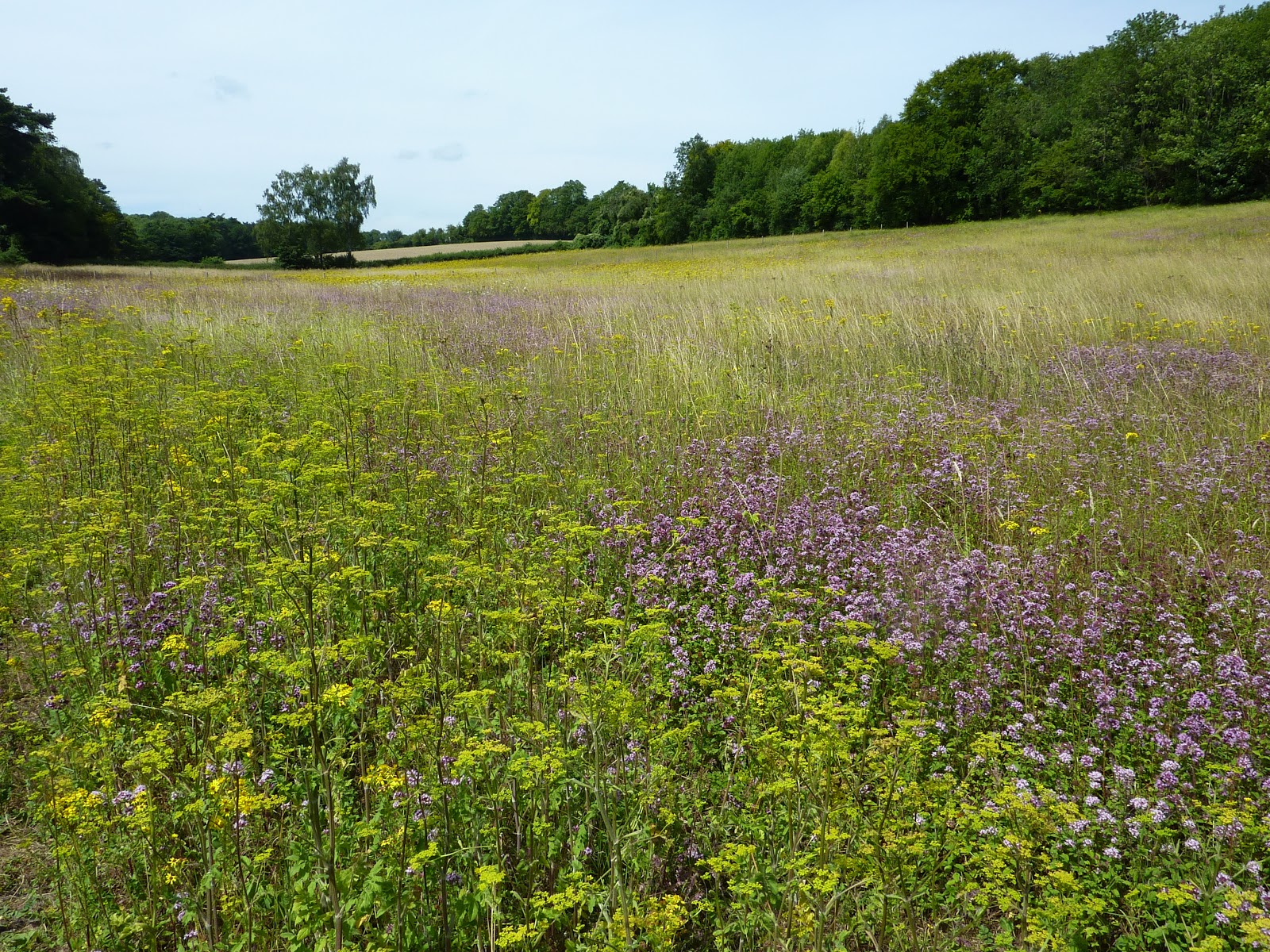 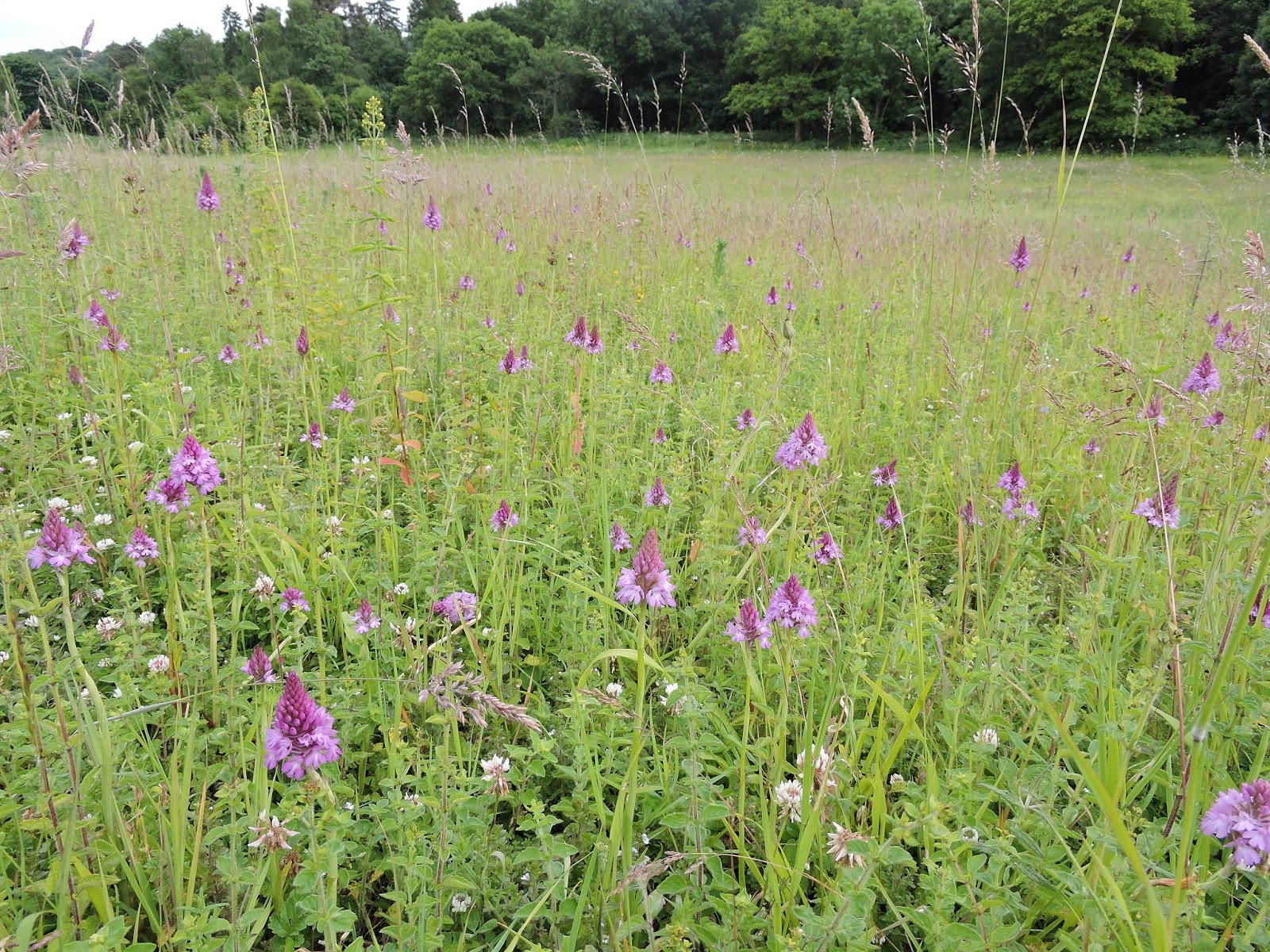 That's staggeringly beautiful, you've reminded me of our poppy outbreak of about 5 years ago

Simply gorgeous! A great big dollop of summer was just what the doctor ordered right now. Thanks Steve.

That was a good year Steve!!

Now, a field full of poppies - that’s something else.

It was indeed John. I always hope for a repeat.