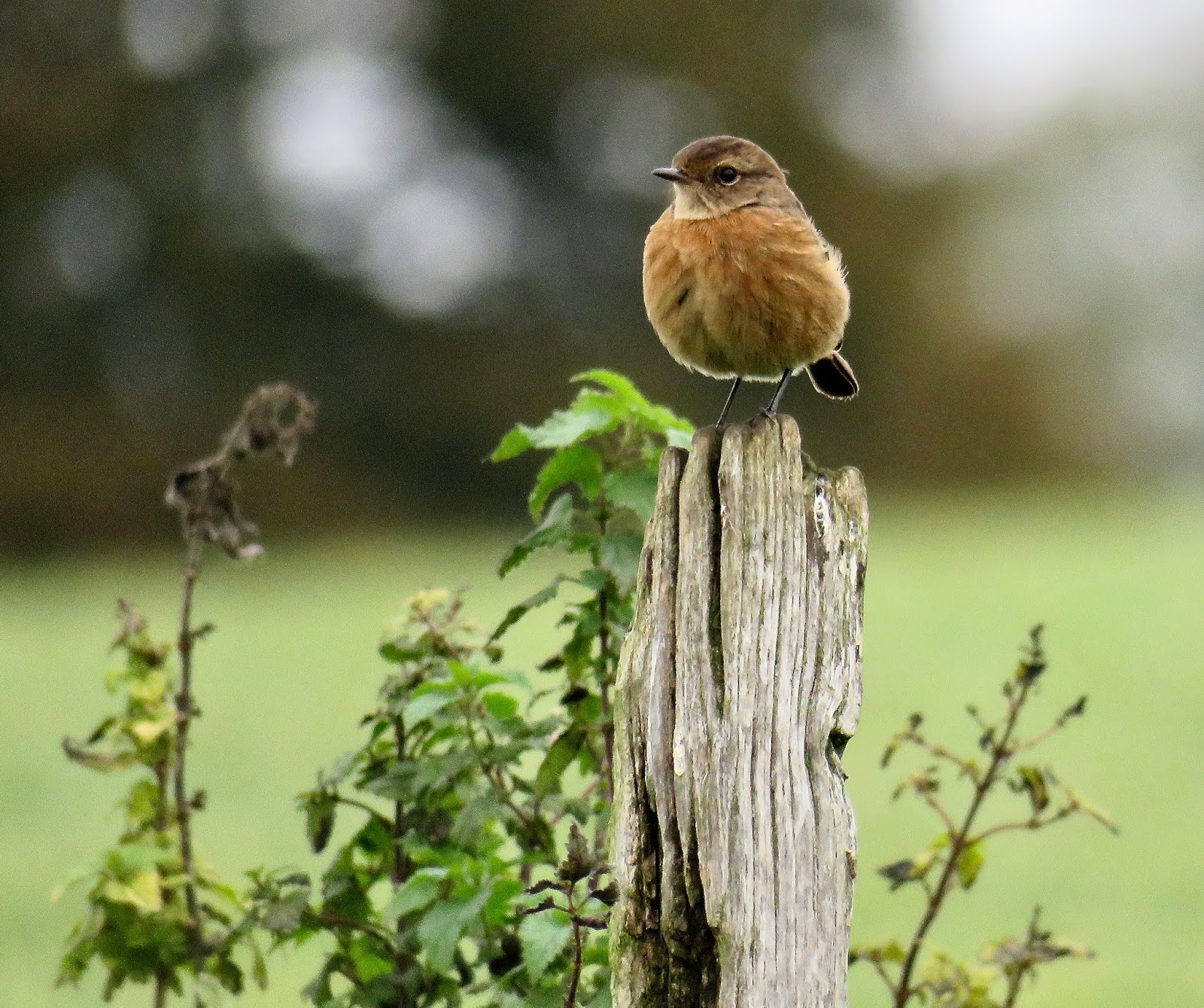 A spare hour this afternoon, in-between bouts of drizzle and rain, saw me wander over to Canons Farm. I just stuck to the central road (more of a track) and scanned to my left and right, daydreaming of Pallid Swifts, Stone Curlews and the like. I was rewarded with a group of three Egyptian Geese, flying low across Broadfield in a westerly direction. My pleasure was heightened by the fact that they were a patch tick for me - vaguely of annual occurrence here. I tweeted out the news, admitting that, although they were not worthy of being described as 'patch gold' they deserved some form of accolade. My twitter chums responded with various suggestions, the winner being Gavin Haig's 'patch formica'. His reasons for that suggestion? Because he felt it needed to be something man-made and tacky. I get where he is coming from. Did I take a picture of the glorious fly-by? No way. You'll have to make do with this Stonechat instead. Shame it wasn't a Bluetail.
at November 01, 2019

Egyptian Geese are very scarce here too Steve, and in the past I have twitched them for the patch. Seeing one is never the buzz that it would be with a proper bird.

Agreed Gav - purely a filler for any given list. I glance at them, then turn away...

Steve, you ought to write a post about getting old and how it affects our pastimes.
It kind of puts things into perspective and helps rationalise how the energy and abilities of youth are refined into a comfortable mode of knowing that the hard yards have been covered. That we've done our bit.
Settle back and bask in a job well done.

Ric - I did, posted it a couple of days ago ago and then deleted it. A bit too maudlin for my liking...

I'm pulling your leg Steve. I read it. I'll be 60 next year myself and fully aware of declining abilities.
However, I think we should consider 'getting to this stage of life relatively unscathed an achievement'*. And if that comes with a spot of maudlin, I'd say that's somewhat fitting.
Then again, I tend to find posts involving human aspects and personal insights more interesting than mere reports.
Old Father Time is a post worth an extra read in my book.

*I've said this before somewhere...Gav