24 spikes and a butterfly 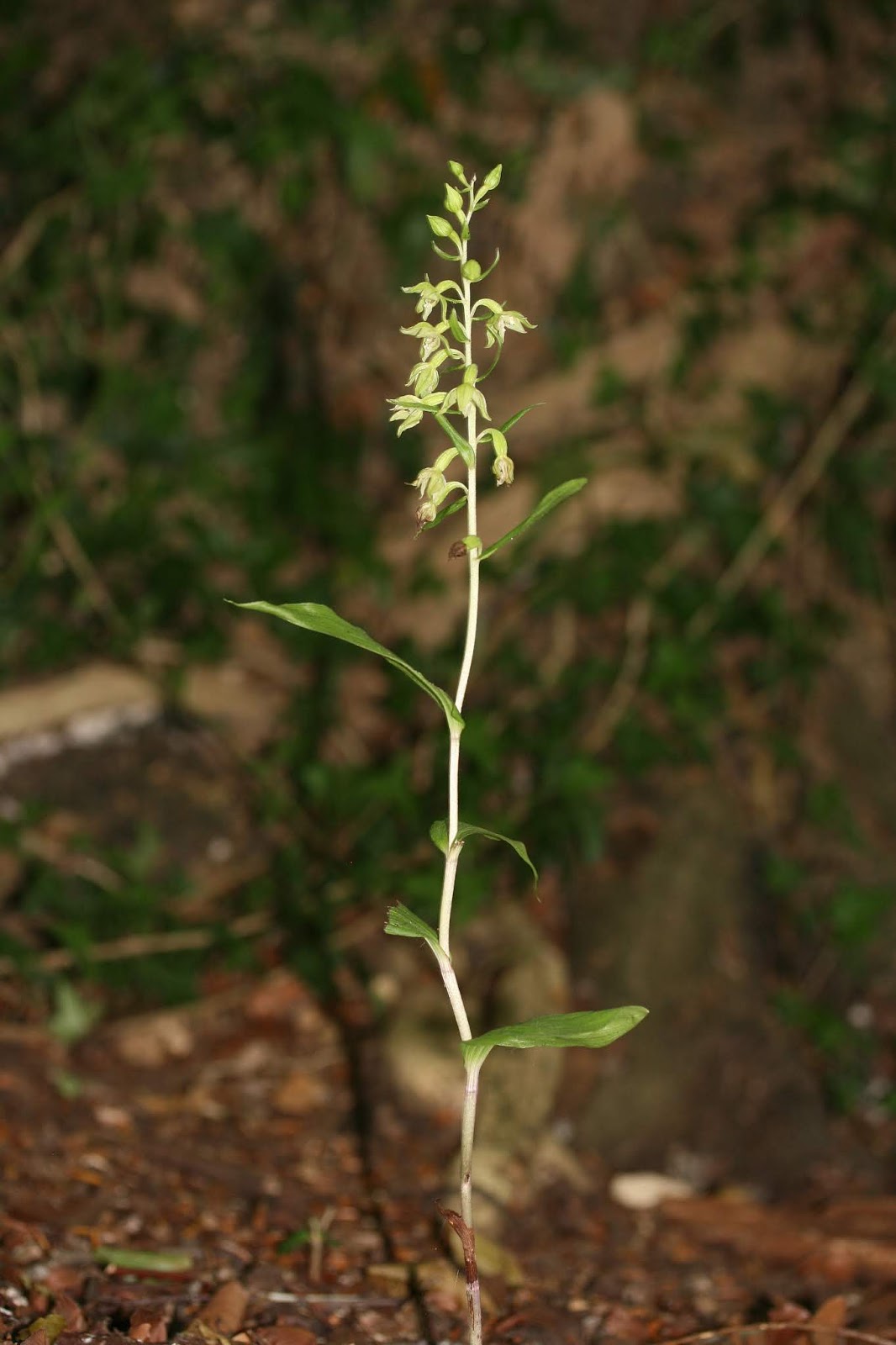 The countdown continues for my most enjoyable natural history events of the last five years:

6. Sheepleas in the light and dark
I have never been one of those naturalists who have fallen totally under the spell of orchids. Don't get me wrong, I enjoy looking at them and have spent some wonderful times in their company. But I cannot pretend to be in total awe of them like many others are. If they are there, then great, but my enthusiasm and energy is just as high for many other plant families. I guess that is why it took me so long to finally see Narrow-lipped Helleborine, even though one of the well known stations for this species is not all that far from my home.

In early August of 2016, news started to filter out that the Narrow-lipped Helleborines at Sheepleas, in Surrey, were having a rather good year. Over the years these plants have had a rather 'up-and-down' time of it, with poor flowering years; damage due to being nibbled by deer or slugs; and a slight veil of secrecy as to exactly where they had appeared. So this welcome information was an incentive to go and look. Luckily I knew one of the observers of the said orchids, and asked them if they would divulge a grid reference (or two) to help me in my search. They kindly agreed (and they still receive my thanks with each passing year).

On the morning of August 5th, and armed with a map to the treasure, I parked up at this charming Surrey Wildlife Trust reserve - one of chalk downland and woodland rides that are overflowing with botanical colour. The woodland is bisected by many trails, and it took me quite a while to find where I wanted to be. I spent a good three hours searching the target area and was rewarded with 24 spikes of Narrow-lipped Helleborine. Laying down across the bare woodland floor, head at the same height as their flowers, it was hard not to be won over by this modest plant (modest as far as orchids are concerned!) I took many photographs, which was a challenge in such a dark place, what with the orchids preferring to be under the closed woodland canopy. It isn't very often that my old SLR camera comes out to play, but this was an occasion that warranted it, and I was more than pleased with the results. 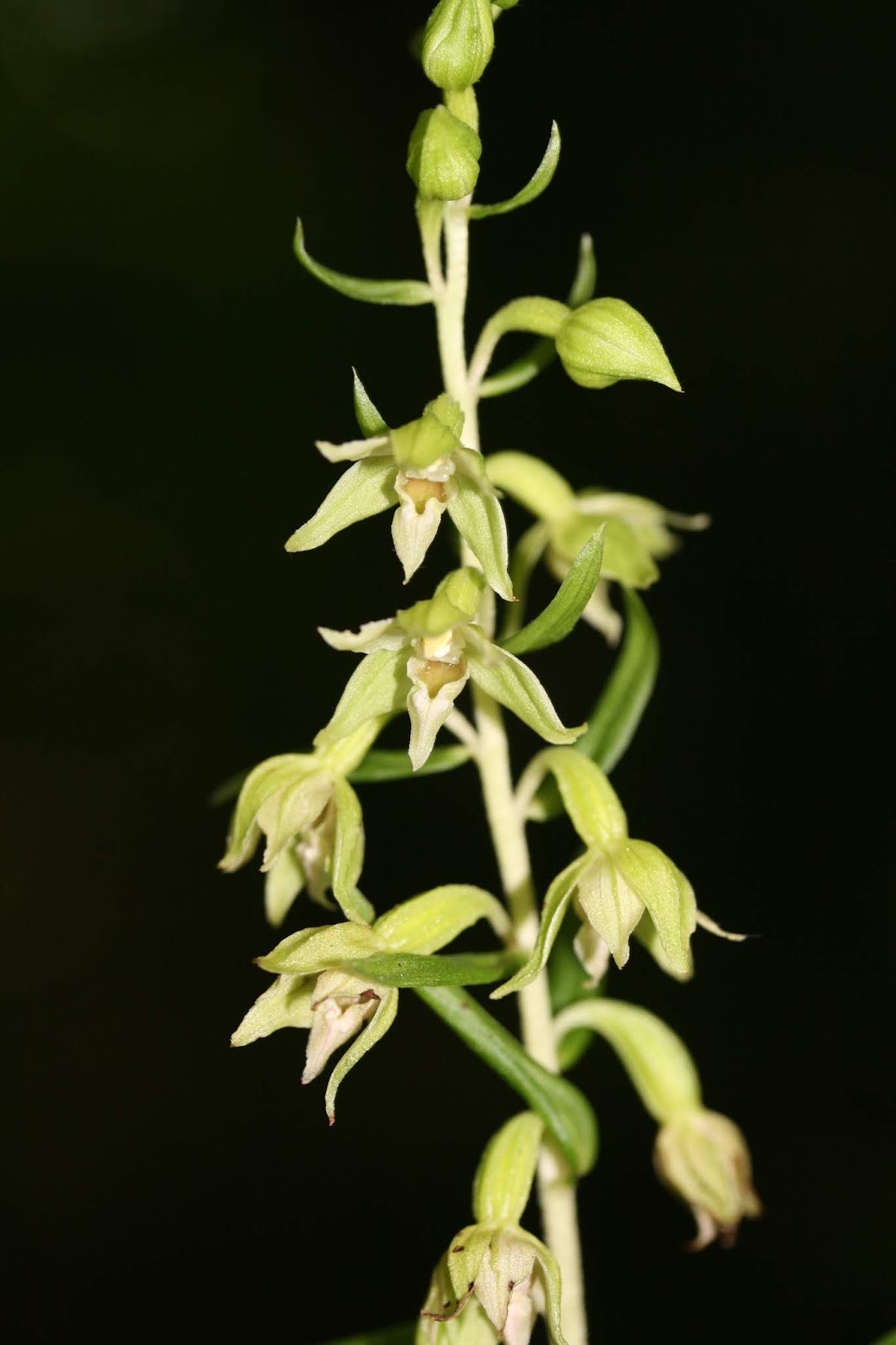 After being in the 'dark' for so long I then decided to wander the open and sunny woodland rides and chalk grassland for a couple of hours. It really was arresting, so much flower, so many butterflies. One particular meadow was proving to be highly attractive to butterflies, with several Buddleia bushes attracting scores of Peacocks, Red Admirals, Meadow Browns, Large Whites and Silver-washed Fritillaries. I stood still for a while, taking it all in. Out of the corner of my eye a large, dull butterfly came into view - something wasn't quite right. It flew behind a line of bushes and I went in pursuit. Luckily the insect had alighted on a close Buddleia flower-head and my suspicions were confirmed - it was a valezina form female Silver-washed Fritillary, something that I had longed to see. Although not that uncommon in the large colonies of this species to be found further west, it is harder to come by in Surrey. 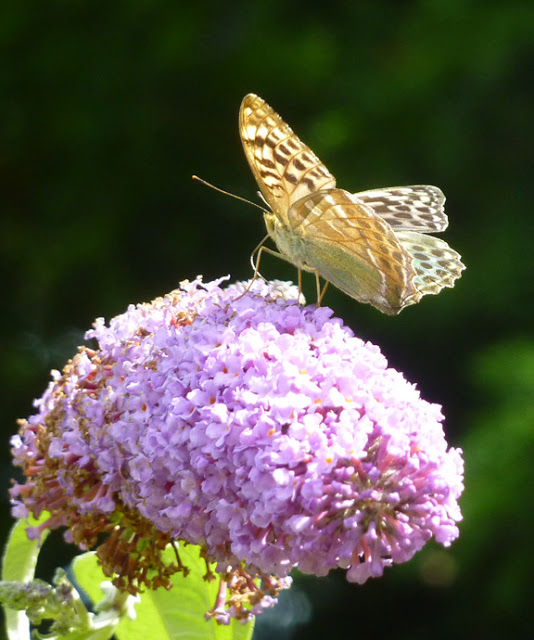