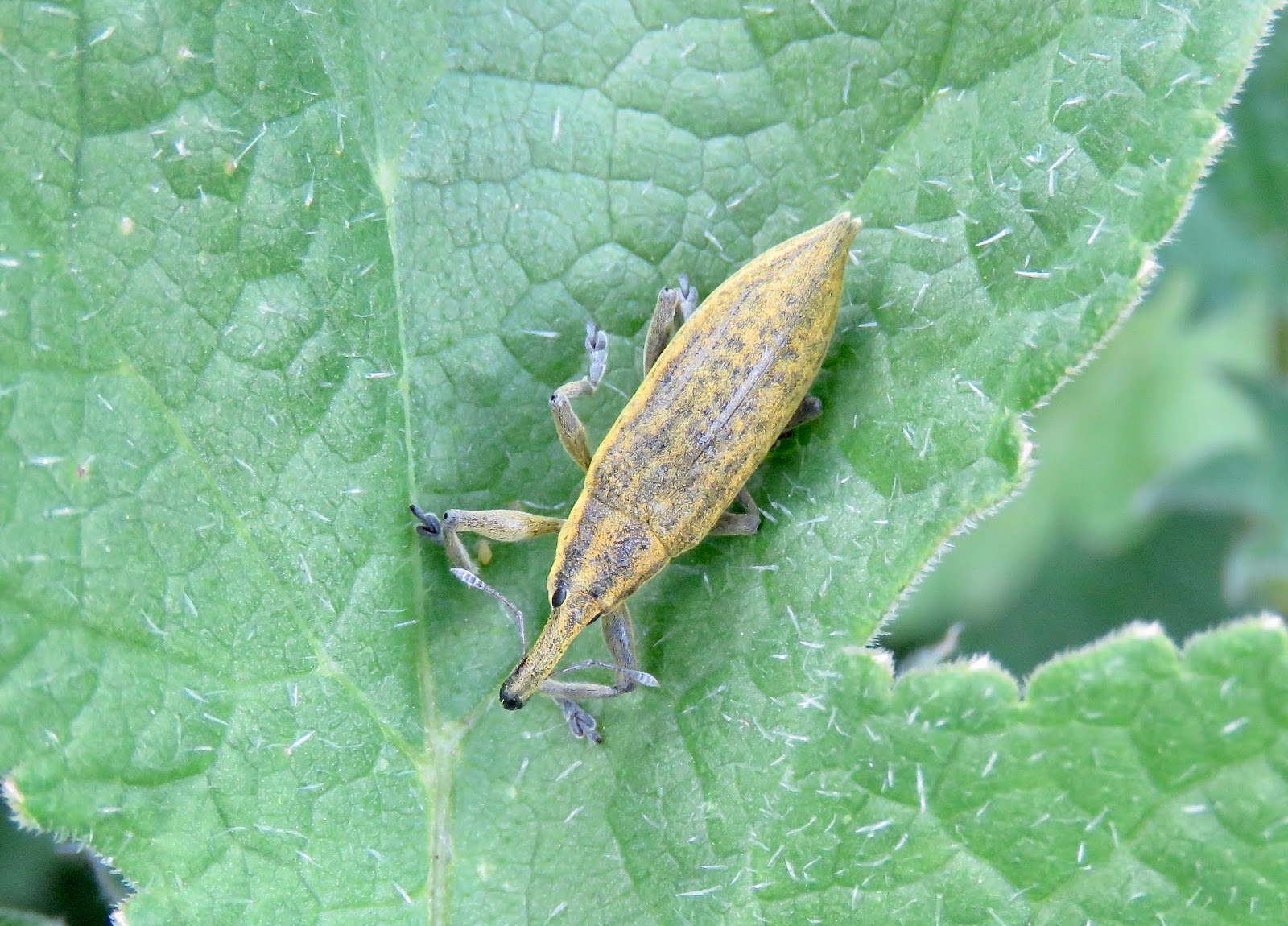 A morning that started as a search of the many horse paddocks to the north of Banstead (which failed to yield the hoped for chats and wagtails) and ended up as a successful hunt for invertebrates, mainly due to my checking of the Lixus iridis Banstead Downs location. To the uninitiated, this is a rare, southern-European species of weevil, large in size and of indeterminate status in the UK. Whether it is here under its own steam is in question, but now that it maintains a foothold in northern Surrey, we may see it expand further (image above).

At least six were found in a small area of Hogweed with casual searching over 30 minutes (no sweeping or beating). This site is also 'home' to Striped Shieldbug, although none were forthcoming, and I also checked a further site where I had recorded this rare hemipterid last summer. No joy there either. There were good numbers of Dock Bugs, with smaller counts of Sloe, Brassica (below) and Pied (bottom) Shieldbugs. 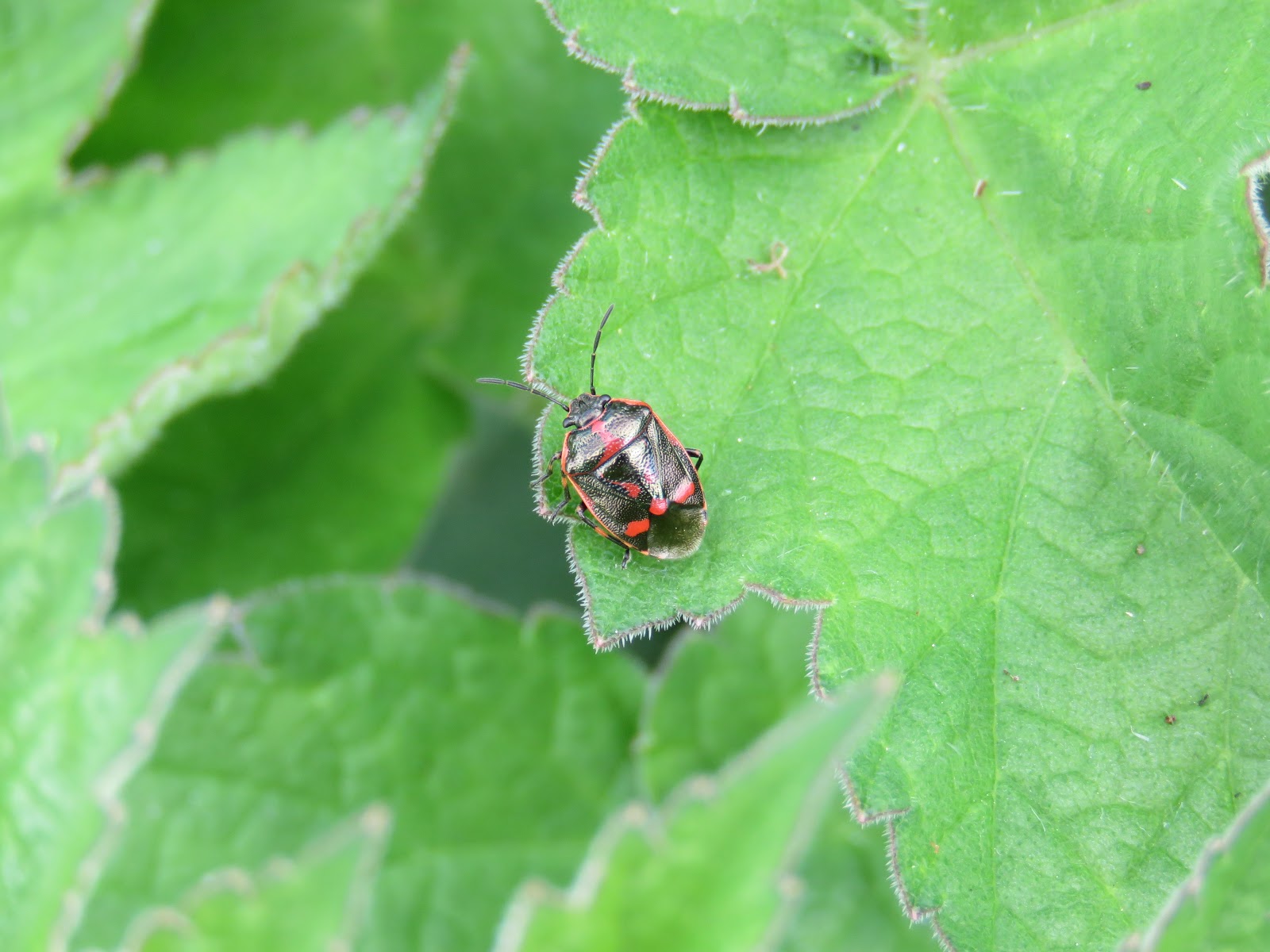 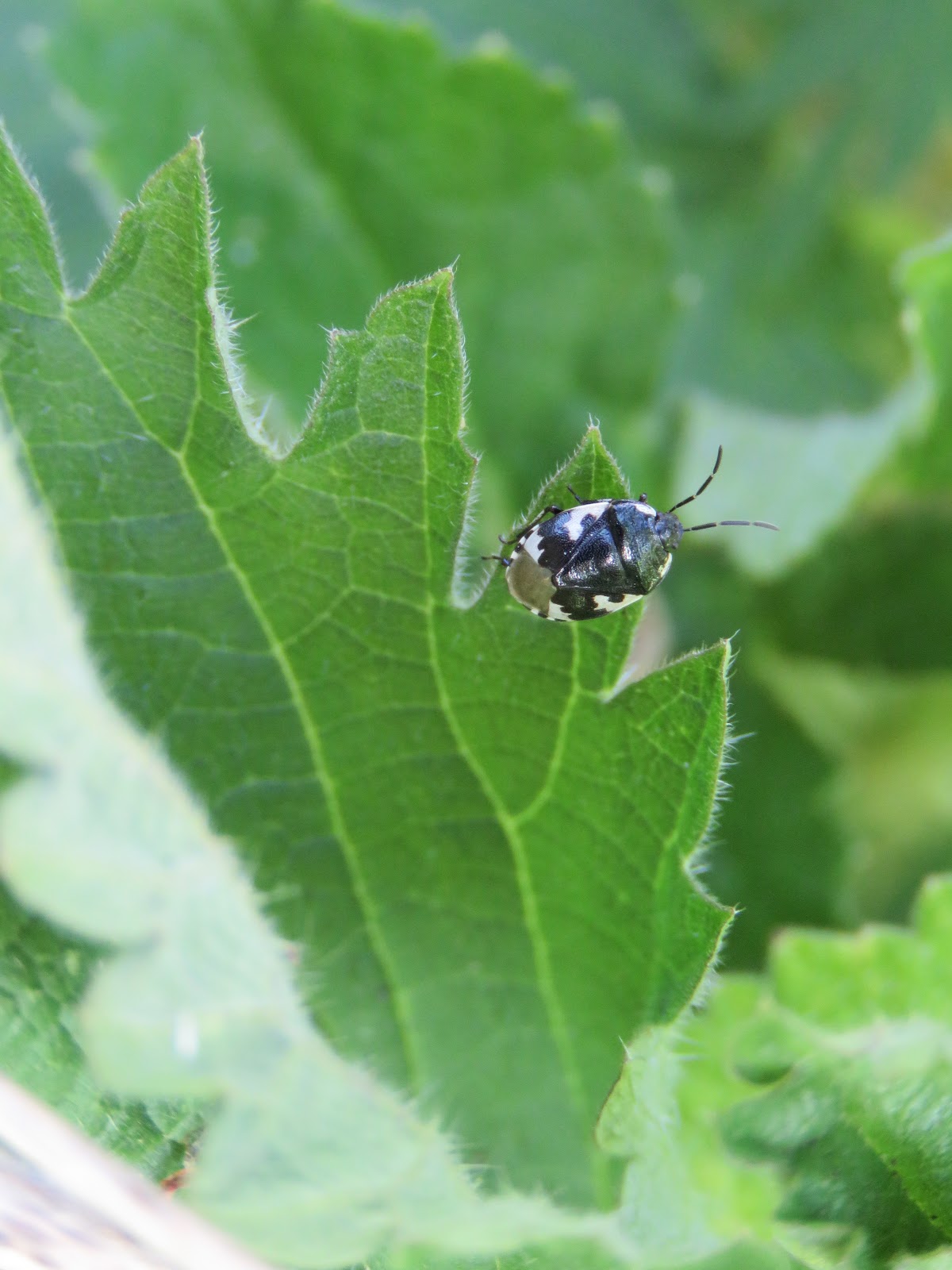 What a beast. Someday I'll find a way to head south in the summer months and that 'cigar on legs' is way up there as a target species. As is that equally mental striped thing.

Just say the word Seth and I’ll show you where...