The West Sussex South Downs seem a wilder place than 'my' Surrey North Downs - more open than the wooded north, with steep slopes either side of the narrow ridge which suggests higher ground, and thus the views are spectacular, whichever way you look. It is also full of birds.

I'd intended to park at the the top of Kithurst Hill, but a road closure sent me on my way to Amberley. After parking the car and making my way up the hill, a Marsh Harrier appeared above my head, heading off towards the Wild Brooks - a good start to the day. The footpath took me up to Amberley Mount, where I followed the South Downs Way eastwards. The open grassy fields here were full of Common Gulls, in their hundreds, feeding on the turf along with Starlings. Any scan southwards would find more gulls, mostly drifting east, often dropping down or wheeling above the hidden valleys that are cut into the undulating farmland, the land resembling the swell of a vast grassy ocean. The path also undulated, from Rackham Hill, to Springhead Hill, then on to Kithurst. I was accompanied by Yellowhammers, frequent groups flushing up from the field edges or sitting proudly on top of the adjacent hedgerows - the largest flock was one of 25 birds. Blackbirds were also a feature.

Sound carried up to me from below - the rhythmic chugging of Red-legged Partridges - and, from above, that of Skylarks, encouraged by the bright day to pour their souls out in the form of liquid, crystal-glass song. It was a pleasure to be out. On arrival at Chantry Hill I recorded my first Corn Buntings of the morning, with a brief snatch of song alerting me to a group of three birds. I walked as far as Sullington. I had not intended to go as far, but a distant passerine flock had caught my attention, and I had the urge to investigate. I'm glad that I did, as, among 100 Linnets were a group of Corn Buntings, all the latter species extracting themselves from the tangle to sit up proudly to be counted, a minimum of 27. Further groups were found south of Chantry (10) and, on return to Kithurst, a flock of 36 that most probably numbered more. From here I started to drop southwards, zig-zagging my way across the footpaths towards The Burgh. 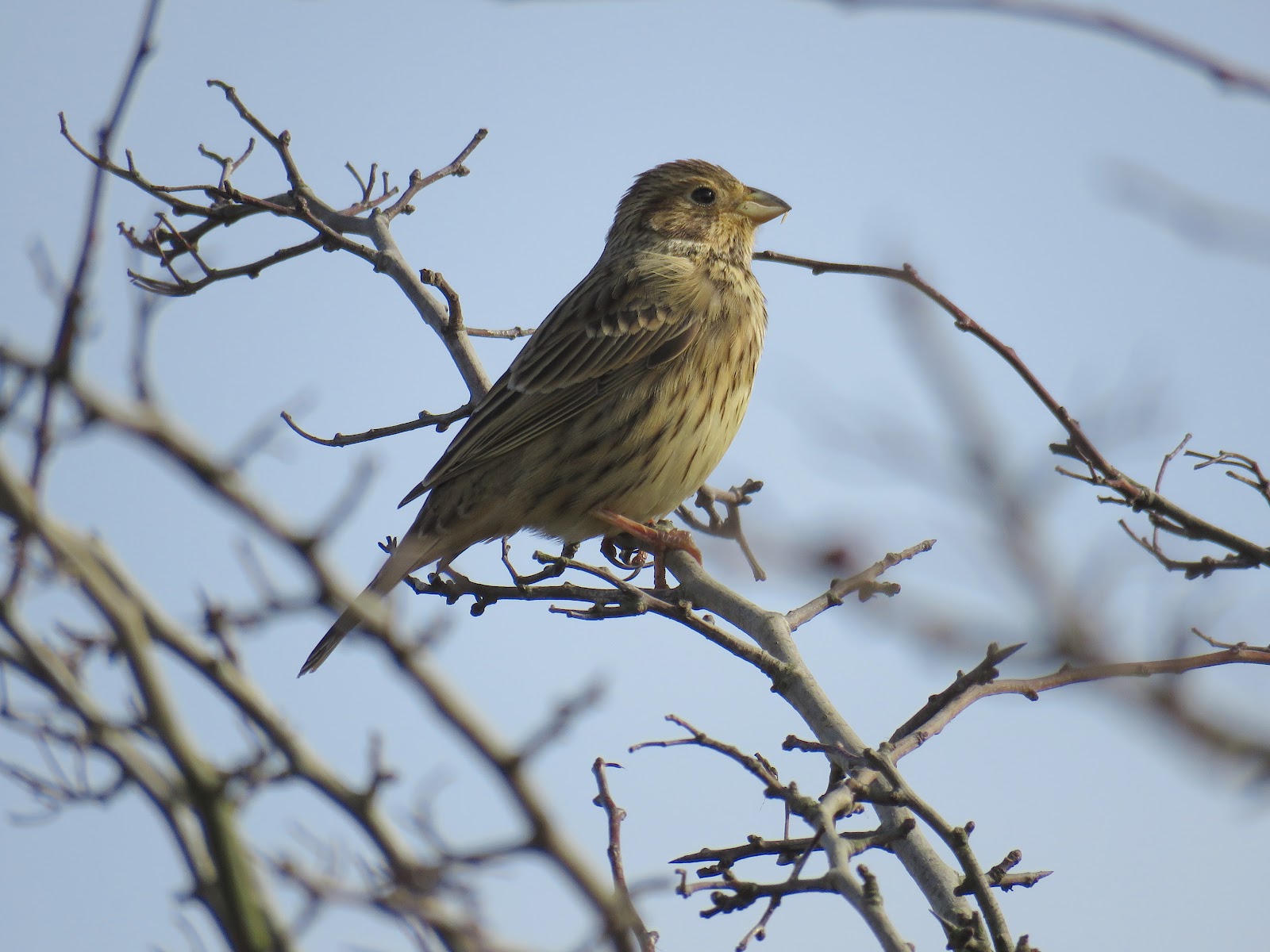 In large, stony, open fields north-east of Wepham Downs, a gathering of 248 Lapwings were restless, often taking to the air along with up to a thousand Starlings. An additional group of 16 Corn Buntings was also located. The ubiquitous patrolling Red Kites and mewling Buzzards were then joined by a Peregrine and ring-tail Hen Harrier, the latter performing well for at least 20 minutes as it patrolled the area, finally heading off towards The Burgh as it squabbled with the Peregrine.

Final counts included 20 Red Kite, 9 Golden Plover, 1025 Common Gull, 1500 Woodpigeon, 145 Skylark, 56 Blackbird, 4000 Starling, 275 Linnet, 57 Yellowhammer and 100+ Corn Bunting. This area is fast becoming one of my favourite places to bird. Getting to know the South Downs here, and at Chanctonbury and Cissbury Rings, has been an eye-opener. Full of birds at any season with a surprise or two thrown in for good measure. What's not to like? 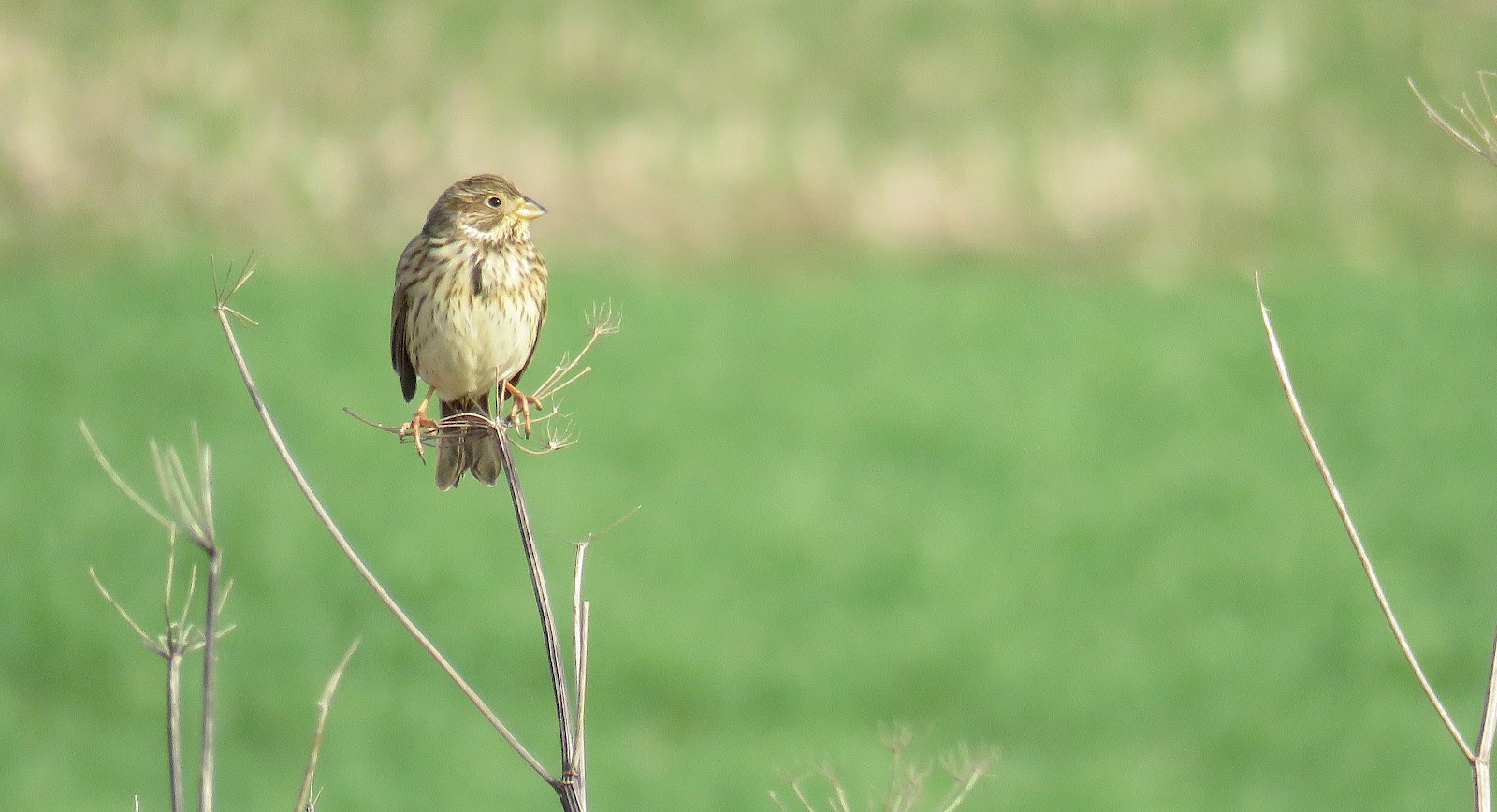