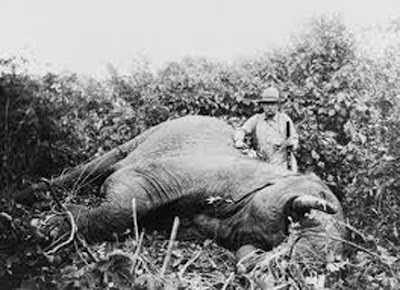 Rumours were rife this morning that the senior UK pan-species listers are panicking. In what is thought to be a damage limitation exercise, several of them have reportedly been seen killing off all life forms present at several sites in Sussex. A junior pan-lister, who wishes to remain anonymous, said "There is a two-day meeting for all pan-listers planned for the end of May in Sussex. At first it seemed to all like a good idea, but then several of those at the top of the table started to get cold feet. After all, they would be handing hundreds of ticks to their competitors. Also, us near the bottom of the table are all youngsters, and those at the top all old geezers, so we've got time on our side to catch them up. It's only just occurred to the crinklies that they will be shooting themselves in the foot..."

Pan-list supremo Mark "White Prom" Telfer was unavailable for comment, although sources close to the Bedfordshire-based twitcher claim that on a recent hunting expedition field trip into an unidentified southern county he added Indian Elephant to his UK list as a by-product of his natural history cleansing recording. It was also suggested that he was helped by a mysterious man sporting dreadlocks...

Local birder Melvin Dunnet added: "I watch over several parts of the South Downs and have seen small gaggles of men with blow-torches scorching wide areas of downland, chopping down scrub and erecting bird-scarers."

The pan-species two day field trip is expected to go ahead, but as we post we cannot confirm that all those listers under 4,000 are going to be asked to wear bilndfolds.
at May 15, 2012

What about those who don't turn up. Will they be sitting pretty on a grassy knoll?

They don't know it yet Steve but the plan is to line up the low-ranking listers across the Downs and get them to drive all biodiversity towards the rest of us, waiting with our twelve-bore pooters. I hadn't thought of blindfolds but that is an excellent suggestion, thanks.
You sure you're not tempted?

Steve, I see you *are* coming ... excellent! Look forward to meeting up.

Mark: Yes, I'm a Saturday only participant, hoping to be schooled in the way of things...