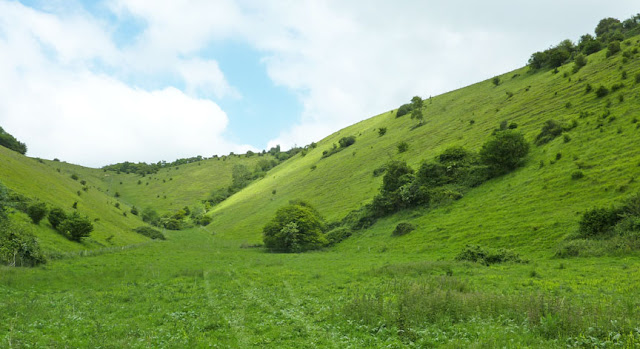 Last week I visited Wye Downs in Kent, primarily to search for a very rare moth indeed. The Black-veined Moth is currently known from maybe four sites in East Kent and can vary in numbers from year to year. My visit coincided with the early part of its flight season, and what with the day being bright and warm (if a touch breezy) I thought that my chances of success were good.

However, after an hour of searching, and seeing very few moths and butterflies in the process, I started to prepare myself for the dreaded dip. But then, as often happens at such moments, a single Black-veined Moth gave itself up as it flushed from an area of rough grassland at the bottom of a steep sloped valley (see above). I obtained very good views as it settled in front of me, but each time I brought the camera to the moth it decided to fly on. After several such interactions I felt it morally wrong to harry such an endangered species so made do with observing this striking creature.

Nearby were several Late Spider Orchids. Always a pleasure... 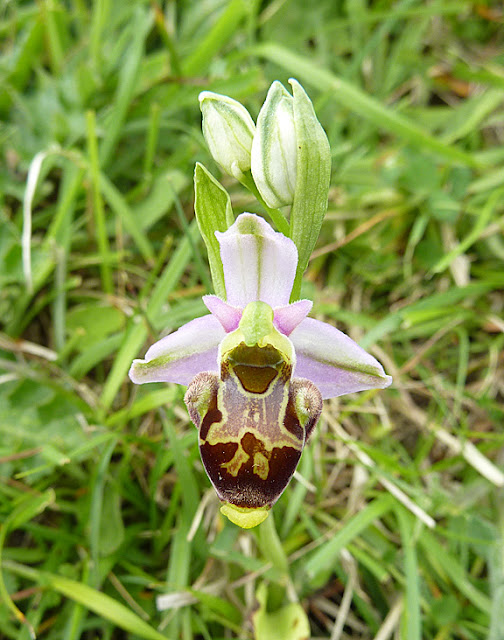 I seem to have touched the nerve (in a mild-mannered way) of several much valued visitors to this blog by voicing my displeasure at the use of multiple Bordered Straw images in social media. Just to give you some hard figures, in the past 24 hours my Twitter feed has seen 11 images of said species uploaded, joining the 53 that had been on show over the previous six days! I do accept that on a personal blog the posting of Bordered Straw images is understandable - a blog can (and should) give us an insight into the writers feelings and thoughts towards the natural world and is a platform where they can also share the highs and lows of pursuing this most wonderful of subjects. Twitter, on the other hand, should be used as a vehicle for disseminating information (in my opinion), rather than a vehicle for certain individuals to gum up the twitter feed with self-centred twaddle - and that includes posting yet another image of the moth in question. For what purpose? By all means let us know that you are still catching them (that is of interest, even to a cynical old git like me), but why then attach an image to the post? We know what they look like. Originality seems to have died and been replaced with a very large flock of sheep. I know, I could just look the other way or unfollow them, but a lot of this stuff gets re-tweeted by others. I'll stop now, I ranted about all of this a few posts ago.

I'll leave you all with just one last thing: 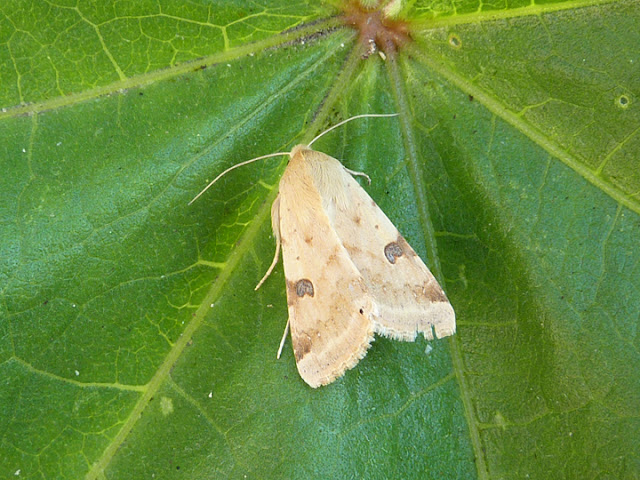 O but mine is fresher than yours ;) thats what you will get now!
I never use Twitter, it bores the crap out of me to be honest, it's the same as FB in general, I like it for the specific genre groups but boy does the rest of it get clogged up with multiple posts about people eating food and visiting Aunt Ethel.
Honestly you didn't touch a nerve, I just wanted to say that it still is nice to be able to view people's posts about this rare, (yes it still is quite a rare moth inland, 4 records for Bedfordshire and 5 from Hertfordshire so far this year amongst over 80 people trapping). nice looking moth.
What will be the next big twitched species I wonder....

I've never felt the need to use either Twitter or Facebook Steve, but from casting the odd glance at my partner's Facebook it seems that Bennyboy described it pretty well and confirms for me that it's something to stay away from. They seem to have given every saddo in the world a new lease of life and the opportunity to bore us to death and their sad reasons for getting up every day.

Derek, stop beating about the bush and tell it like it really is! Great stuff

Hey there Steve, plenty of BS (the moth, thankyou very much) at Portland each night these past few days. I took Skev to the New Forest for a spot of botanising and guess what the only sizeable macro of the day was...yup, a Bordered Straw! Considering that I life-ticked this just a few days back you'd think I'd still be on a high each time I see one. Catchya soon I hope buddy, Andrew Cunningham was asking after you.................

Really pleased that you all had a fantastic time Seth. I really wanted to meet Andrew, maybe in the not too distant future.